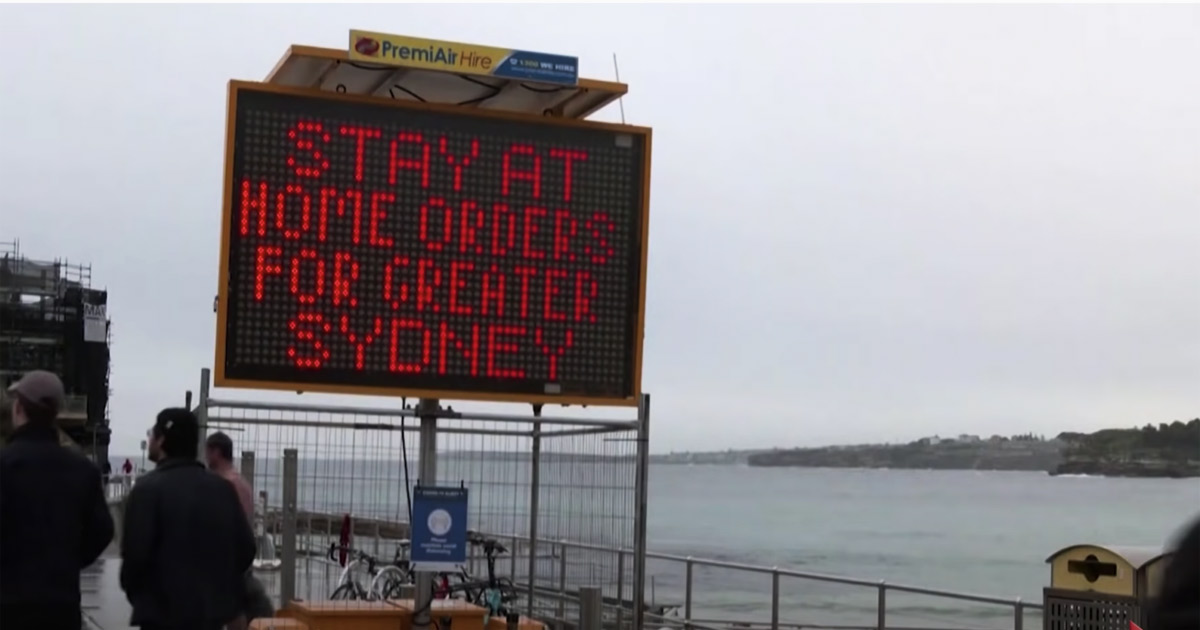 Australia never ceases to surprise us with new levels of Tyranny. As new world order rolls out Australian govt. is leading the world in implementing end of the state lockdowns with no regard for human lives. A message to the whole world either you comply or we will make you do so.

Residents of Sydney and its home state of New South Wales will now face fines of up to $3,700 for violating coronavirus stay-at-home orders, which were extended Saturday following a record number of daily COVID-19 infections in the area.


While local authorities had been considering easing some restrictions by the time Sydney’s nine-week lockdown was scheduled to end Aug. 28, limits on activities are likely to continue, with Berejiklian saying Saturday that “September and October are going to be very difficult.”

Reuters stated: “We have to accept that this is the worst situation New South Wales has been in since day one. And it’s also regrettably, because of that, the worst situation Australia’s been in,” she told a news conference. Locally transmitted infections surged by a record 466 over the previous 24 hours, eclipsing the previous daily high of 390 sets on Friday.

Four deaths were recorded on Saturday, taking the state’s total in the latest outbreak to 42. It is becoming increasingly unlikely Sydney will end its nine-week lockdown on Aug. 28 as planned.

Authorities had been talking about easing some restrictions if enough people are vaccinated and case numbers fall. “We will get through this, but September and October are going to be very difficult,” Berejiklian said. “This is literally a war, and we’ve known we’ve been in a war for some time, but never to this extent.”