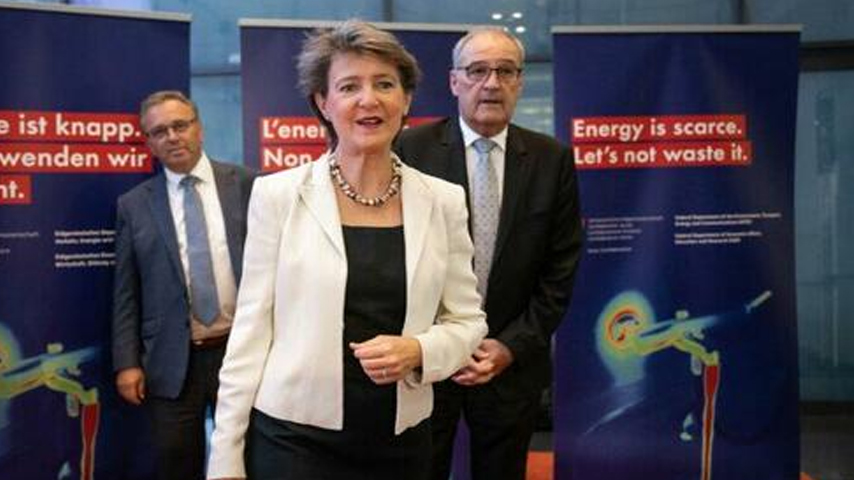 Authored by Katabella Roberts via The Epoch Times,

Switzerland’s environment minister is facing backlash after recommending that people shower together in an effort to cut energy consumption this winter and fend off power cuts.

Simonetta Sommaruga, 62, suggested that people “turn off the computer when you don’t need it, or turn off lights, or shower together” as part of her measures promoting a 15 percent energy consumption reduction, The Times of London reported.

Her suggestions were in response to questions on the government’s campaign by readers of 20 Minuten, the Swiss newspaper, according to the report.

Authorities in Switzerland, which imports 75 percent of its gas from Germany, announced in August that they are aiming to cut energy consumption by 15 percent from October 2022 to the end of March 2023, compared to the average consumption of the last five years.

In that same month, they launched a campaign titled “Energy is limited. Let’s not waste it,” calling on people to help ensure the country does not experience an energy shortage ahead of winter by doing things such as using less water, switching off electrical appliances and lights when they are not using them, and lowering their heating temperatures.

If the situation does not improve and further shortages are seen, the Swiss Federal Council could implement “consumption restrictions, bans, and quota systems” according to local reports.

However, Social Democrat Sommaruga’s comments have been heavily criticized by Géraldine Savary, editor of the women’s magazine Femina.

In an editorial published on Sept. 16, Savary wrote that the Swiss government is seeking to “administer our private lives, down to the most trivial details.”

She jokingly added that Swiss residents should wake up to the sound of “chirping birds” because they have disconnected their alarm clocks, and eat breakfast in “the darkness of the kitchen” before going to work “arm in arm, having left the car, the scooter and the electric bicycle in the garage.”

The backlash prompted Sommaruga to tell the Tages-Anzeiger, the Swiss daily, that her comments regarding showering together were intended for young people.

She noted that “after a certain age, showering together is no longer suitable for everyone,” but said she believed the idea of showering together to reduce energy consumption had been widely well-received, The Times of London reported.

Although Switzerland is one of the world’s richest countries, it is one of the least self-sufficient in terms of energy production, according to swissinfo.ch, with domestic electricity production covering just 25 percent of the country’s energy needs. It also does not have gas storage facilities of its own, meaning less gas from Europe would impact the country.

Russian state-owned energy corporation Gazprom recently announced it would not be resuming gas flows through its Nord Stream 1 pipeline to Germany. The oil giant has not yet provided an official reopening timeline.