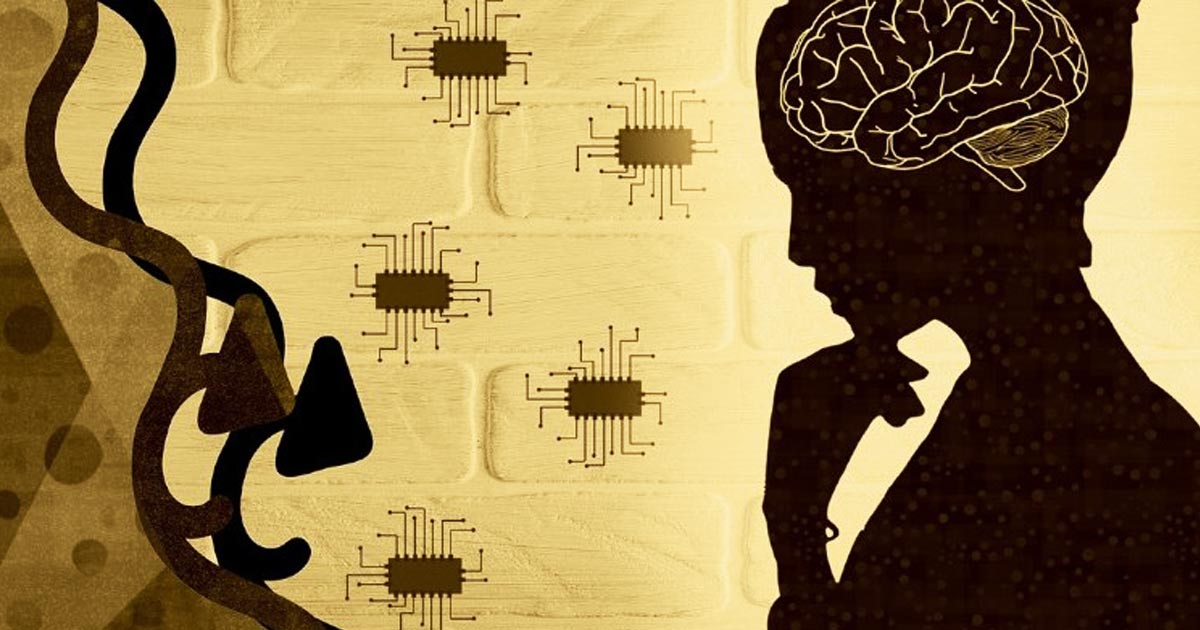 A group of Swiss scientists developed a wearable microchip that sits on the skin throughout the day and records hormone levels via sweat.

The microchip measures levels of cortisol in the body and tells the wearer when they are experiencing too much stress, say the researchers.

“In people who suffer from stress-related diseases, this circadian rhythm is completely thrown off and if the body makes too much or not enough cortisol, that can seriously damage an individual’s health, potentially leading to obesity, cardiovascular disease, depression or burnout.” – Adrian Ionescu, Swiss Federal Institute of Technology Lausanne (EPFL), lead Nanoelectronic Devices Laboratory researcher

While these devices may be helpful in a hospital setting, technology companies fully intend to integrate them into wearable tech like smartwatches, pushing us closer to a world where everything we do is being tracked and recorded around the clock.

“The joint R&D team at EPFL and Xsensio reached an important R&D milestone in the detection of the cortisol hormone,” said Xsensio CEO Esmeralda Magally.

“Xsensio will make the cortisol sensor a key part of its Lab-on-SkinTM platform to bring stress monitoring to next-gen wearables.”

These microchips are intended to eventually connect to the ‘internet of things,’ a comprehensive array of devices that track and record us at all times from our homes to our places of work.

Former US intelligence chief James Clapper admitted over five years ago that the government ‘might’ use the internet of things to spy on you.

“In the future, intelligence services might use the [internet of things] for identification, surveillance, monitoring, location tracking, and targeting for recruitment, or to gain access to networks or user credentials,” he said.

The number of devices spying on you every day without your knowledge may come as a surprise.

We have known since Edward Snowden spoke out about illegal surveillance at the National Security Agency (NSA) that the government collects a record of everything that we say and do via our smartphones and computers, including through the built-in microphones and cameras.

Amazon’s Alexa devices are a disturbing and Orwellian example of corporate and government spying because not only is the NSA recording all activity in your very home, but Amazon is also bundling that data as well, either to sell to data companies or marketing of Amazon products.

“Modern cars roll out of factories packed with cellular connections, powerful processors and growing suite of sensors, including cameras, radar, and microphones. That’s turning them into the next information goldmine, rivaling the data-creating capabilities of smartphones,” reports Bloomberg.

Some people even have “Smart Homes,” where Google is always present and can interact with the home in such ways as turning off and on lightbulbs, TV’s, and all other ‘internet of things’ products, which now even includes washers, dryers, dishwashers, and toasters.

For years, mainstream media and secretive government agencies like DARPA (the technology arm of the pentagon) have been pushing us closer to a world with no privacy, where every individual is microchipped and tracked like cattle.

The truth is that microchips are neither liberating nor far away. Several companies from around the world have already begun microchipping employees and advertising the process as more convenient and safe.

Not only are we being slowly encouraged to microchip and track our children, but the chip also eliminates a need for cash, which is why some call it the “Mark of the Beast”.

We are truly entering into an Orwellian world in which no human being has privacy at any point in time, the government has total power over all of us because we can never escape their watchful eyes, and corporations know everything about us and can control our purchasing habits.

The only way out is to resist these intrusions at every turn.