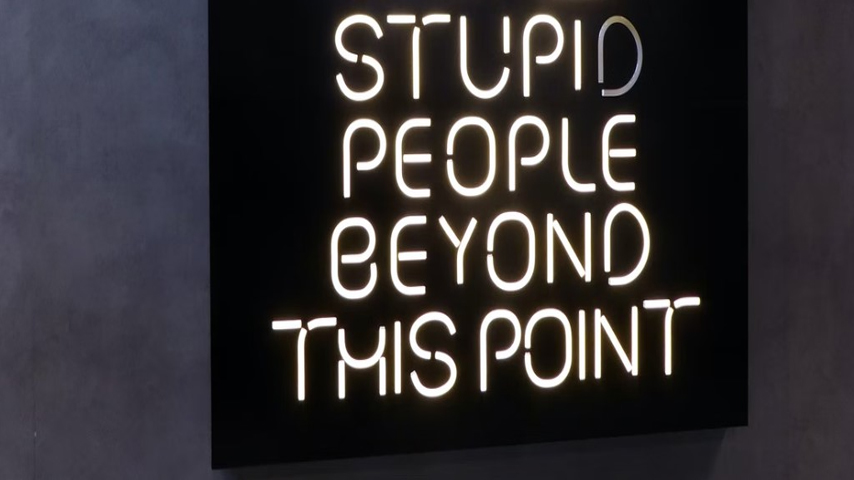 In Germany nationwide “criminal offenses involving stabbing weapons” from January 1, 2021 to June 30, 2022 stood at more than 7000 cases. The police union (GdP) is alarmed because dead bodies keep piling up.

Vice boss Michael Maatz has admitted that the number was “very, very high – we have to do everything we can to ensure that this decreases”. Except that he does not know how because Maatz sees a “general cultural change among young people” as the reason for the increasing knife violence. And therefore they often find it cool if they have a knife with them “and are often not even aware that a single stab with it can be fatal”.

Is he calling “young people” – another word for immigrants – stupid? Must be, since it does not take a neurosurgeon to work out that a knife could be dangerous. Anyway, the high proportion of suspects without German citizenship is striking as is the fact that a large proportion of the suspects only came to the country after 2015.

The aim, Maatz says, must be to create awareness of the problem in order to get away from the “boasting and showing off with knives”. Just yesterday, a Senegalese immigrant (16) attacked the police with a knife and was shot. He had not yet been cured of his stupidity “by awareness” it seems and neither have the people who keep importing the IQ-deficient.

Stupid people importing so many stupid people has meant that the future for Germany does not look rosy, at least in terms of crime. So much for cutting-edge science on open borders. (Pun intended) Open borders and unbridled immigration were supposed to “unlock unprecedented abundance by freeing global labor markets”. Except they haven’t.

The unlucky recipients of another “scientific” view (Corona was the primer) moreover, are no longer represented. Instead, they have to suffer the various representatives of “climate science”. From the armaments industry to bioenergy: there are far more lobbyists in the Bundestag than there are members of the Bundestag.

According to the lobby register this week, a total of 28 427 people are entitled to represent “their interests” in the Bundestag. That means that they are not representing your interests if you happen to be a German voter. Talk about turkeys voting for Thanksgiving…

With 736 seats in parliament, that means 38,6 lobbyists per MP. The 4 999 entries include companies, associations, networks, and platforms, but also individuals and others. Since March, they have been legally obliged to register in the lobby register.

As expected, business is the most strongly represented in the areas of interest with 45,89 percent, followed by environmental lobbyists with 40,8 percent in second place. And several interests can also be represented at the same time.

A new report published by the Employment Research (IAB) showed that the economy stands to lose 260 billion euros in added value by the end of the decade due to those well-represented trademark German green energy “solutions” offered by environmental lobbyists which will have “severe ramifications on the labor market” according to Reuters. Jobless, knife-wielding youths anyone?

Germany is becoming an example of what Italian economic historian Carlo Maria Cipolla described 35 years ago. Cipolla published a 60-page essay on the fundamental laws of stupidity, which he sees as the greatest existential threat to humanity. The prescient essay became an international bestseller.

Cipolla (1922 to 2000) divided humanity into four categories: intelligent, bandit, helpless and stupid. They are defined based on a win/loss concept. Swiss author Christopher Pfluger recently revisited his enlightening classification.

A stupid person is a person who causes problems for others and harms himself. An intelligent person is someone whose actions benefit both themselves and others. Then there is the bandit who enriches himself at the expense of others. And finally, the helpless whose actions enrich others at their expense.

Law 1: Everyone always and inevitably underestimates the number of stupid people

Law 2: The probability that a person is stupid is independent of all other characteristics of that person

Cipolla postulated that stupidity remained constant in all populations. In every conceivable category – gender, race, nationality, education, income – there is a fixed percentage of stupid people. University professors, US presidents or “experts” can also be stupid, ie benefit neither themselves nor others and, in the worst case, bandits.

Law 3. A foolish person is a person who harms another person or group of people, although he himself does not benefit from it and even suffers losses

It is impossible to determine how many fools there actually are, not least because the not-dumb are an inconsistent group. Sometimes we act intelligently, sometimes not. The stupid ones are a paragon of consistency in comparison.

According to Cipolla, stupid people are dangerous and harmful above all because reasonable people find it difficult to imagine and understand unreasonable behavior. An intelligent person can understand the logic of a robber: he wants an advantage for his account; he just isn’t wise enough to find a way that benefits everyone. One can thus anticipate a predator’s actions and his foul maneuvers and therefore build a defense.

All this is not possible with a stupid person, as the third basic law explains. There is no rational way to tell if, when, where, how, and why he or she will attack. If you face a stupid person, you are at his mercy. This analysis leads to law number 4.

In particular, non-stupid people constantly forget that associating and/or collaborating with stupid people anytime, anywhere, and under any circumstances is a costly mistake. We underestimate idiots, and we do so at our own peril. This brings us to the fifth and final law.

Law 5: A stupid person is the most dangerous kind of person

And the direct consequence: a stupid person is more dangerous than a bandit. We can’t do anything for idiots. The difference between societies that collapse under the weight of their stupid citizens and those that overcome them lies in the composition of the non-stupid.

Societies that thrive despite their stupid citizens have a high proportion of intelligent people who make up for the losses of the stupid by making gains for themselves and those around them.

The only way for a society not to be overwhelmed by the burden of its idiots is for the non-stupid to work even harder to compensate for the losses of the stupid.