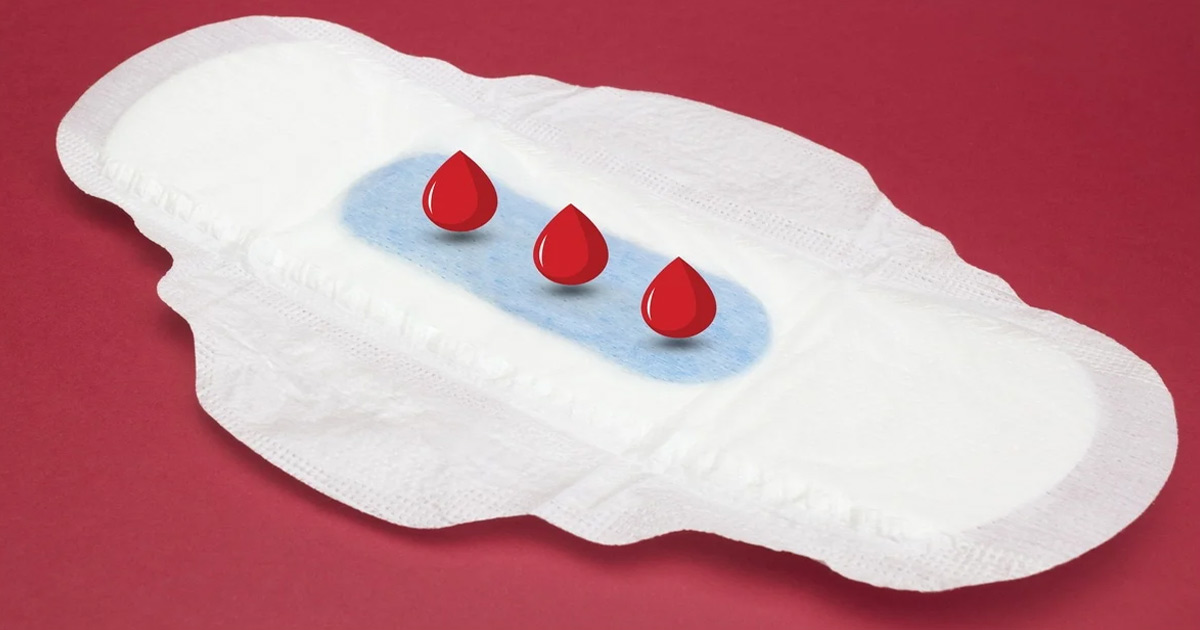 Experts were prompt in denying a biological mechanism and stated no data to support a relationship between vaccine administration and menstrual changes. Meanwhile, other medical authorities attributed these changes to stress. This fueled greater concerns as people began speculating that such side effects may impact fertility. Also, with the SARS-CoV-2 vaccine to become available to adolescents, there was a need to clarify these doubts.

Multiple plausible biological mechanisms can explain a relationship between a vaccine – posing an acute immune challenge, and its systemic effects on hemostasis and inflammation and repair mechanisms of the uterus. In addition, studies and reports confirm long-term disruptions in menstrual function, especially in individuals with long coronavirus disease 2019 (COVID).

However, very few studies have assessed the direct effect of vaccination on the menstrual cycle. For example, the typhoid vaccine, hepatitis B vaccine, and HPV vaccine were reported to precipitate menstrual changes.

A new study posted on the medRxiv* preprint server investigated menstrual bleeding patterns among current and former menstruating people, based on the premise that these bleeding changes were associated with changes in clotting or inflammation, which can affect the normal menstrual repair.

This study aimed to find answers to the following research questions:

The answers to the abovementioned questions can help physicians counsel vaccine-hesitant patients by helping them understand the differences between fecundity and fertility and help garner data, and design future studies on the relationship between vaccine immune responses and menstrual repair.

For this study, data was collected through surveys for six months, from April to October 2021. The survey was announced on Twitter and quickly propagated through various social media platforms; there was extensive media coverage. Therefore, the data collected by this survey were classified as extensive snowball sampling. Overall, 92,529 participants completed the informed consent and submitted the survey.

The final sample, after exclusions, was 39,129 participants, of which 751 received AstraZeneca; 3,469 Johnson & Johnson; 13,001 Moderna; 61 Novavax; 21,620 Pfizer; and 204 received other vaccines (which includes those who received different types across dose one and two) and 23 were without vaccines.

From the final sample, 90.9% of participants were females, and 9.1% were gender diverse. Localized and systemic side effects were reported – 40.6% experienced systemic effects after both doses.

Among women who had regular menstrual cycles, 42% bled more heavily than usual, while 44% reported no change post-vaccination. Among those who typically do not menstruate – 71% on long-acting reversible contraceptives, 39% on r-affirming hormones, and 66% post-menopausal women reported breakthrough bleeding.

The findings revealed that women with regular menstrual cycles were equally likely to have no bleeding changes after vaccination or heavier periods post-vaccination.

Meanwhile, among women with menstrual cycles, those who had heavier bleeding post-vaccination were more likely to be older, experienced fever or fatigue, have been pregnant or have given birth, and be Hispanic/Latinx. In addition, women with endometriosis, menorrhagia, and/or fibroids had a slightly higher propensity to experience heavier bleeding.

Non-menstruating premenopausal women who experienced heavier bleeding had higher chances of having been pregnant or having given birth.

On the other hand, post-menopausal women with breakthrough bleeding post-vaccination had a higher predilection of being younger and/or Hispanic/Latinx.

Since these experiences were reported in 40% of the study sample, it was inferred that these associations are not causal but aid in characterizing the range of post-vaccination menstrual changes. Furthermore, it was stated these menstrual manifestations do not imply an impact on fertility.

Future scope of the study

This study helped establish that increased bleeding can occur post-SARS-CoV-2 vaccines. There is potential to apply the knowledge gained in understanding the mechanisms underlying menstrual changes post-vaccination. Gaps in knowledge, including a better understanding of how menstrual cycles respond to acute and chronic, immune and inflammatory stressors, can also be filled.

medRxiv publishes preliminary scientific reports that are not peer-reviewed and, therefore, should not be regarded as conclusive, guide clinical practice/health-related behavior, or treated as established information.

Vaccine Russian Roulette : Why some might be just fine and some not…