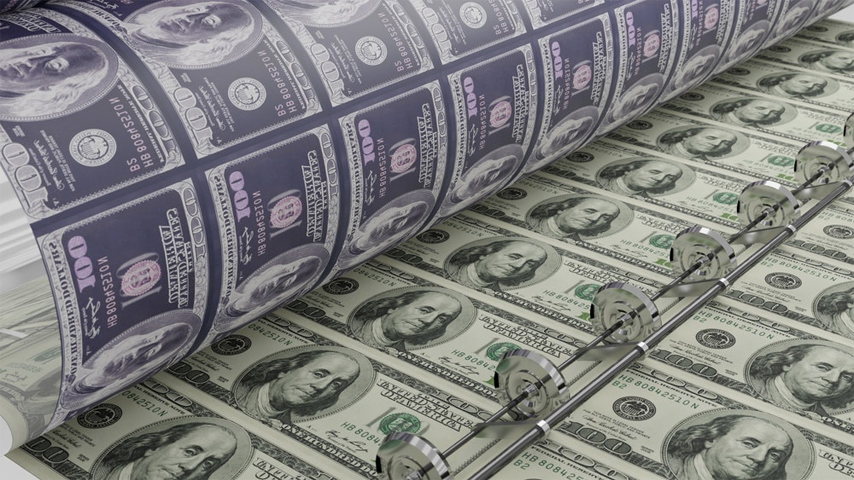 During COVID Mania, our power-drunk ruling class went on an unprecedented spending spree, printing untold trillions of dollars, manifesting our current reality that is skyrocketing inflation.

In the process, they set a small percentage aside in the form of multiple rounds of “stimulus checks,” largely to win over a distraught population and keep them distracted from the economic destruction they brought upon the American taxpayer.

Now, with a massive amount of dollars in existence “printed” over the last two years, the average American is struggling to keep up with the inflation caused by the people in charge of our monetary system. So it might be time for another monetary diversion.

Far from coming to terms with their mistakes and acknowledging their errors, the rulers of our fiat system, in their infinite wisdom, may soon decide to fight inflation with… you guessed it, more inflation.

Sounds crazy? No way they would be that ridiculous, right?

Well, I have some news for you.

Quebec adults who earn $100,000 or less will receive a one-time payment this year of $500 to offset the impact of inflation. https://t.co/gWaacbH196

Quebec has announced that they will give a $500 stimulus check to everyone that makes $100,000 or less. This handout, which is expected to reach 6.4 million Canadians, will “help Quebecers cope with the sharp increase in the cost of living that we have seen in recent months,” Finance Minister Eric Girard said Tuesday.

Following Canada’s lead, a group of democrat congressmen has just introduced a bill to hand out “gas price stimulus checks” to Americans. The timing of this new bill should not go unnoticed, as midterm elections are just around the corner in November.

“House Reps. Mike Thompson of California, John Larson of Connecticut and Lauren Underwood of Illinois are co-sponsoring a bill that would authorize $100 monthly energy rebates for any month this year in which the national average gas price exceeded $4 per gallon.”

A group of Democrats are proposing to fight inflation by giving citizens free money.https://t.co/9K0Uccc9ZP

With around 140 million homes in America, such a program could cost upwards of $14 billion for every month that gas prices hit the set threshold. Under a full year of this program, that cost amounts to $168 billion.

Of course, U.S. legislators and the White House could solve the gas price problem almost immediately by implementing a more pro-reliable energy framework. This would lower the costs for taxpayers and enhance America’s security and sovereignty by bolstering our energy independence. Instead, U.S. politicians, particularly those on the hard-left, want to do the opposite and contribute to the inflation death spiral that is already well underway.

With midterms just around the corner, and a deeply unpopular Congress presiding over economic turmoil, don’t be surprised if Congress gets even more shameless by passing an inflation stimulus bill, which includes a stimulus check to “help solve inflation.”

FDA ‘Anxious’ for Pfizer to Rush COVID Shots for Babies and Toddlers. But Why?

Everybody’s Guilty: To the Police State, We’re All Criminals Until We Prove Otherwise