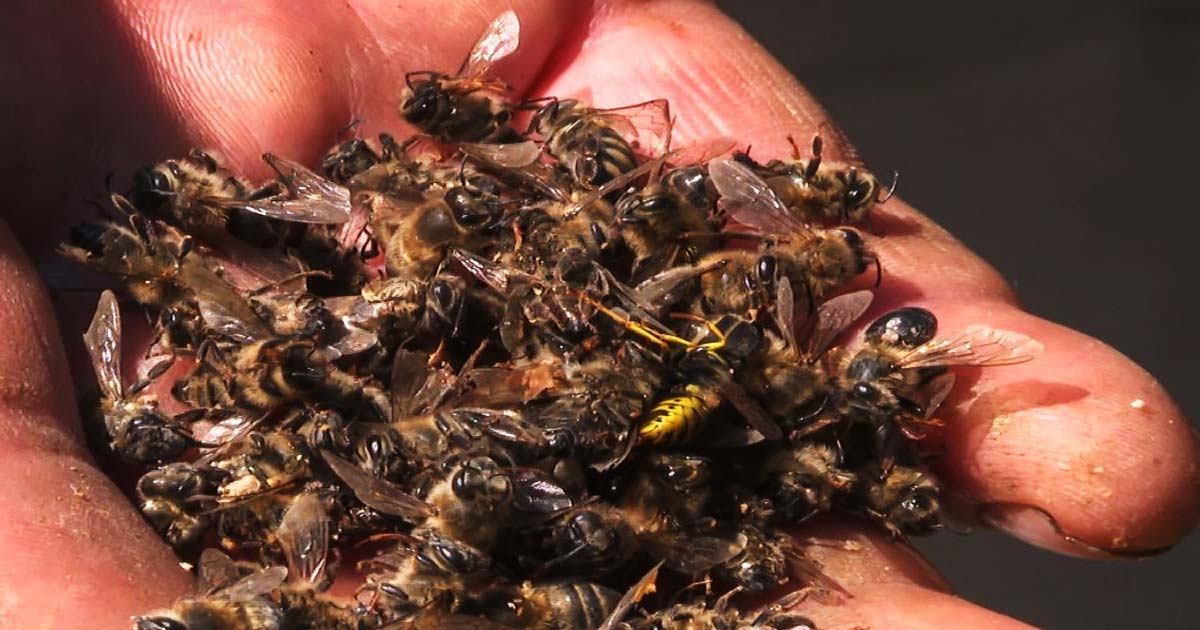 Croatian authorities declared a natural disaster in the country’s northernmost province after tens of millions of bees died from a suspected case of pesticide poisoning.

Beekeepers discovered carpets of dead swarms last week in the region of Medzimurje, near the border with Hungary. About 1,150 hives were wiped out, with about a third of the area’s apiarists sustaining losses.

More than 50 million bees have been found poisoned in the northern county of Međimurje, which borders Hungary. As a result, County Prefect Matija Posavec declared a natural disaster for a part of Međimurje county on Monday, June 15th. Veterinary inspectors and forensic scientists are looking into what caused all these deaths.

“We suspect pesticide is the cause,” Vrbos said. “But the investigation is still ongoing, so nothing can be said for certain.”

Agriculture Minister Marija Vuckovic told broadcaster RTL that an analysis had shown the insects didn’t die of disease, but she refused to declare a cause until authorities conclude their probe.

Beekeepers were shocked and devastated when they encountered a “carpet” of millions of dead bees lying on the ground on Monday, June 9th in an area between Podturn and Gardinovac near the border with Hungary.

According to the Jutarnji list daily, twenty beekeepers lost about six hundred hives, which is about 50 million bees.


The natural disaster declaration allows the state to pay compensation for agricultural losses. The Adriatic nation is home to about 10,000 beekeepers, whose 500,000 hives produce some 8,000 tons of honey a year, Vrbos said.

Bees are also crucial to modern farming, as they significantly boost the yields of crops ranging from rapeseed to fruit trees via pollination.

Last winter has seen one of the biggest honey bee die-offs in the US on record, with 37 percent of managed honey bee colonies lost from October 2018 to April 2019:

Still, they’ve faced intensifying threats this century from the widespread use of pesticides and herbicides, the spread of monoculture farming and other factors that have led to the death of millions of colonies globally.

The damage for the ecosystem is disastrous and this isn’t the first case of “bee poisoning” in the region.

Beekeepers will receive €200 per damaged hive, however, the damage is much greater. Just think about the importance of the bees for the pollination. The losses are immeasurable.

WHO Wants To Separate Families “In A Safe And Dignified Manner”