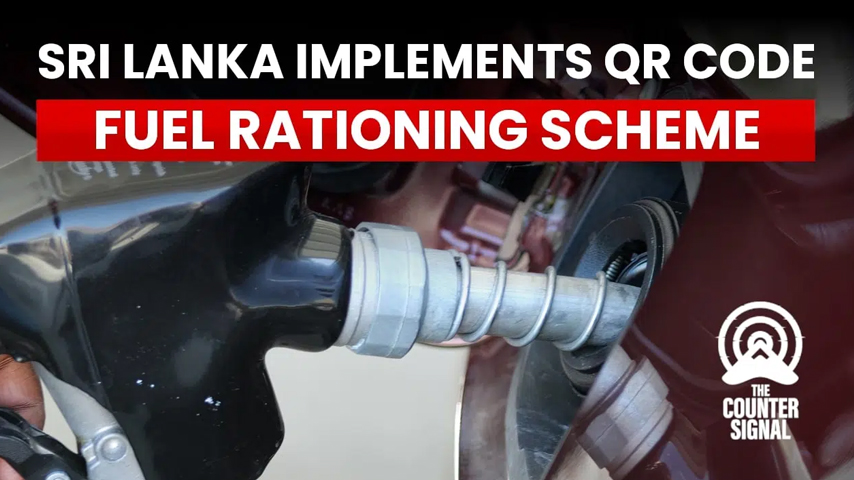 Sri Lanka has begun forcing citizens to use a QR code to access gas pumps as part of a nationwide fuel rationing scheme.

The policy was introduced by the Sri Lankan Minister of Power and Energy, Kanchana Wijesekera, at the behest of Sri Lanka’s new President Ranil Wickremesinghe — a member and agenda contributor of the World Economic Forum (WEF).

“After initial technical issues, FuelPass QR system was successfully tested today. [The] pilot project will continue before going national next week. Last Digit Number Plate Fuel Quota will ease the fuel lines in the next few days with distribution speeding up islandwide,” Wijesekera wrote in a tweet earlier today.

“I thank the fuel station owners who supported, the public that adopted and assisted, forces and volunteers that assisted [in implementing it]. Some fuel stations did not adopt [it], [and] some individuals manipulated [or] falsified [QR codes], and did not want this implemented. However, it will be enforced islandwide.”

Introduction to the National Fuel Pass will be held @ 12.30pm. A guaranteed weekly fuel quota will be allocated. 1 Vehicle per 1 NIC, QR code allocated once Vehicle Chassis number & details verified. 2 days of the week according to Last Digit of number plate for fueling with QR. https://t.co/hLMI9Nm5ZF

As per the Fuel Quota policies, Sri Lankans will have to apply with their National Identity Card Numbers once their ID and other details are verified and will then be assigned a QR code to access gas at pumps across the country.

Sri Lankans will then be made to take turns to get fuel based on the last digit of their vehicle registration numbers. However, tourists and foreigners will be given priority to get fuel in Colombo (the largest city in Sri Lanka) — likely to avoid even more damage to Sri Lanka’s tourism industry.

Sri Lanka requires citizens to have a fuel pass with a QR code to ration the weekly amount of fuel. Coming soon to Europe. pic.twitter.com/HVwzMlr0uT

Armed guards are reportedly assisting with implementing the QR code digital ID fuel rationing program. They were also previously deployed to gas stations and equipped with military-grade weapons to prevent those with “non-essential vehicles” from purchasing gas.

In May, Sri Lanka’s energy sector came to the point of total collapse and has continued a downward trajectory ever since.

Army in fuel stations in Sri Lanka after the govt. decision to ban the sale of petrol and diesel to non-essential vehicles.
Source: https://t.co/ncfpTnnShm pic.twitter.com/JW77zalE17

At the time, then newly elected Prime Minister Ranil Wickremesinghe warned citizens that the country had run out of fuel and that “The next couple of months [would] be the most difficult ones of our lives.”

He has since been chased out of the country by angry mobs, not unlike his predecessor, who fled before it got to that point.