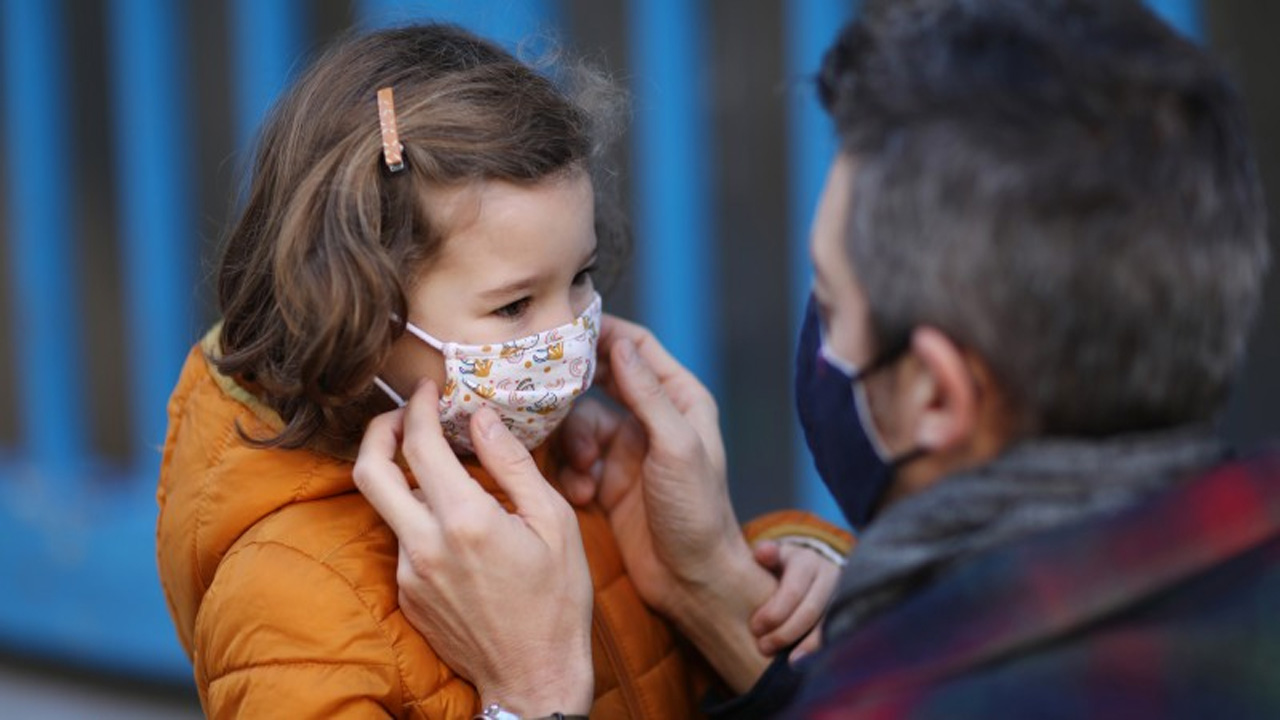 A speech therapist says that mask-wearing during the pandemic has caused a 364% increase in patient referrals of babies and toddlers.

Jaclyn Theek told WPBF News that before the pandemic, only 5 percent of patients were babies and toddlers, but this has soared to 20 percent.

Parents are describing their children’s speech problems as “COVID delayed,” with face coverings the primary cause of their speaking skills being seriously impaired.

As young as 8 months old, babies start learning how to speak by reading lips, a thankless task if parents and carers smother themselves with masks to comply with mandates.

A speech therapist says her clinic has seen a "364% increase in patient referrals of babies and toddlers".

"It's very important kids do see your face to learn, so they're watching your mouth."

What the hell have we done?!

The news report featured one such mother, Briana Gay, who is raising five children but having speech problems with her youngest.

“It definitely makes a difference when the world you’re growing up in you can’t interact with people and their face, that’s super important to babies,” said Gay.

According to Theek, since the pandemic, autism symptoms are also skyrocketing.

“They’re not making any word attempts and not communicating at all with their family,” she said.

As we previously highlighted, Forbes deleted an article written by an education expert who asserted that forcing schoolchildren to wear face masks was causing psychological trauma.

A study by researchers at Brown University found that mean IQ scores of young children born during the pandemic have tumbled by as much as 22 points while verbal, motor and cognitive performance have all suffered as a result of lockdown.

Michael Curzon noted that two of the primary causes for this are face masks and children being atomized as a result of being kept away from other children.

“Children born over the past year of lockdowns – at a time when the Government has prevented babies from seeing elderly relatives and other extended family members, from socializing at parks or with the children of their parent’s friends, and from studying the expressions on the faces behind the masks of locals in indoor public spaces – have significantly reduced verbal, motor and overall cognitive performance compared to children born before, according to a new U.S. study. Tests on early learning, verbal development and non-verbal development all produced results that were far behind those from the years preceding the lockdowns,” he wrote.

Perhaps all the virtue signalers who think of themselves as such morally upstanding people for wearing masks will change their behavior given they are literally contributing to causing major cognitive problems in children.

Or maybe they simply won’t care, given that the mask is now a political status symbol above anything else.

The Chilling Reason They Won’t Declare the Pandemic Over?

China Is Harvesting as Many as 150,000 Organs from Concentration Camp Victims Annually