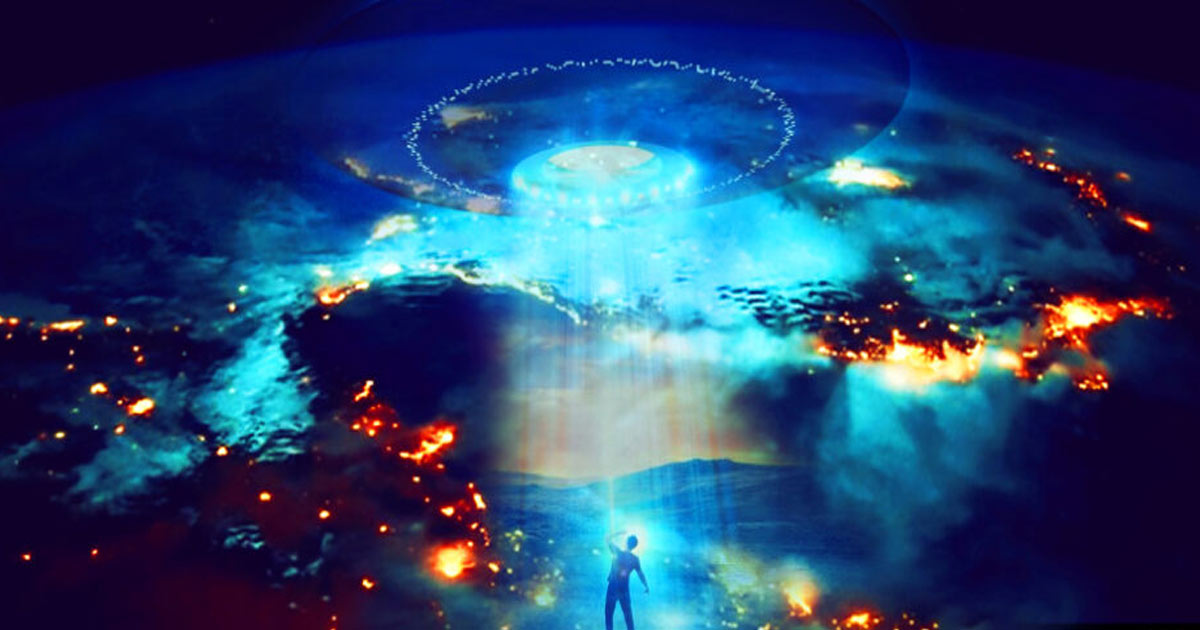 There has been a major shift has happened when it comes to believing in supernatural beings.  The narrative has changed to the mainstream, and TV shows dedicated to these beliefs have exploded in the last ten years.

One of the reasons why we are seeing such mass acceptance of UFOs and space aliens at the highest level of world government is because the Pretribulation Rapture of the Church is right now ‘on deck’ and awaiting liftoff. So many things happened at the end of WWII, it was a true paradigm shift. Adolf Hitler, a type of Antichrist, was introduced to the world, the United Nations was formed in fulfillment of Zephaniah 3:8 (KJB), and the Jews were regathered in fulfillment of Jeremiah 29:14 (KJB), and the first space alien UFO made headlines in Roswell.

In June, the Pentagon is scheduled to release what many people are saying will stunning information of human contact with space aliens, but those of us who believe the bible will know the true identity of these beings, the fallen angels from Genesis 6. Jesus said the time of Jacob’s trouble would be like the days of Noah, and that time is almost here now. Please share this important article from NTEB staff writer Lori DeMonia, time is almost up.

IT’S LATER THAN YOU THINK, CLICK TO SEE JUST HOW LATE IT ACTUALLY IS

As you will see, the disappearance of millions of people is being predicted and people are being conditioned to expect this event.

FROM LORI DEMONIA: A chilling statement on May 10th, 2021 in the Sun by Steve Bassett, UFO Lobbyist, referring to the soon to be released report from the US Intelligence Agency along with other departments of defense was the following “Humanity may be just weeks away from finding out the truth about UFOs and potential aliens.  This would be the most profound event in human history.  We may be in the last days of the truth embargo.” Interesting choice of words, in the last days.  He also said humanity has been waiting close to 75 years, as he has been leading the truth embargo on this subject for 74 years as a lobbyist. The most profound event is coming alright, but it won’t be what alien theorists think!

And so begins the deception of explaining what has happened when millions of people are suddenly caught up in the rapture. It will be a well-prepared narrative.  Why?  Because as we know the enemy has been preparing the reasons that will be given by distorting this event, not denying it.  In fact, some call the event that’s soon to occur on Earth their genuine absolute truth, and the rapture of the Bible will be the counterfeit explanation.  Isn’t that interesting?  They’re not denying that rapture is an event, or that it’s in the Bible, but they are creating a distorted explanation that’s coming directly from the enemy.  New Age writers that “channel” information from beings in other dimensions have been writing about this coming event for many years.  Of course, we know they are channeling literally what the Bible calls “doctrines of demons”, but to them, they have messages they feel need to be relayed to the world.

Keep in mind those who believe in such new age and alien ideas are no longer the fringe of society. In June 2019 an article was published entitled The New American Religion of UFOs – Belief in Aliens is Like Faith in Religion – and May Come to Replace it. The article written by Sean Illing starts off by saying “it’s a great time to believe in aliens”.  Touching on the fact that Navy pilots witnessed and recorded unexplained flying objects, he went on to state that more than half of American adults and over 60 % of young Americans believe in intelligent extraterrestrial life.  He noted that compared to a belief in God, which is declining according to many surveys, that is not by accident.  Diana Pasulka, professor at the University of North Carolina stated “belief in UFOs and aliens is becoming a kind of religion and isn’t nearly as fringe as you might think.” In her book American Cosmic she doesn’t just write about the growing popularity of aliens and UFOs, she writes about what the appeal of the belief in such things reveals about our changing culture.  That a major shift has happened when it comes to believing in supernatural beings.  The narrative has changed to the mainstream, and TV shows dedicated to these beliefs have exploded in the last ten years.

When even a chief scientist at NASA is willing to say on television “we are going to find extraterrestrial life”,  more people are finding it’s acceptable and normal. Pasulka stated in an interview that she was shocked to discover the level of scientific inquiry into alien life, from top Universities to Silicon Valley.  And their influence has reshaped people’s beliefs.  She also explains that we’re seeing new forms of religion emerging from our society’s structure around technology.  And that technology has become the “new” God.

SHE SAYS QUOTE, “WE’RE IN A KIND OF PLANETARY CRISIS AT THE MOMENT, AND THERE’S AN INCREASE IN APOCALYPTIC BELIEFS ABOUT OUR CAPACITY TO SURVIVE ON EARTH. A LOT OF PEOPLE SEE DISASTER ON THE HORIZON, AND THERE’S A DEEP FEAR THAT WE WON’T BE ABLE TO SAVE OURSELVES.”

What will save us?  For many, they believe it will be advanced beings.  Beings that will come tell us how to escape, have lifesaving technology, or will take some to “a new planetary home”.  There’s an idea that technology will be our savior and many religions already incorporate ideas of UFOs.  Many religions believe aliens are just another form of beings created by God.  Are you beginning to see the deception being prepared?

IF YOU ARE READING THIS AND DO NOT BELIEVE IN THE RAPTURE BECAUSE THE WORD ISN’T IN THE BIBLE.  THE LATIN BIBLE USES RAPTURO, WHICH MEANS “CAUGHT UP” AND HARPAZO IN GREEK MEANING TO SEIZE BY FORCE, OR SNATCH OUT OF THE WAY, WHERE IT’S FOUND IN THE NEW TESTAMENT.

So if the thought of the coming rapture sounds like crazy conspiracy talk, that God would spare saved believers from what others will endure because this world has rejected Christ and God’s ways, one would think it would require more faith to believe the false explanation. That aliens who sent us plagues and viruses, with their light beams, will be taking people in the great exodus evacuation from an evolving mother Earth, who needs to cleanse herself and reach a higher consciousness to achieve harmony.  Wouldn’t you agree? My hope is that sharing this with others as a resource will help combat the false narrative out there.  The saying truth is stranger than fiction doesn’t apply here.  This time the truth about what’s coming, prophesied and written thousands of years ago, is more believable than the fictitious lie being pushed on our society.

Actual Island Names In Antarctica: Rothschild, Coronation, Delta, Omicron And Deception – EU Central Bank President & Klaus Schwab Met There In December ‘This Will Change Everything. Everything.’