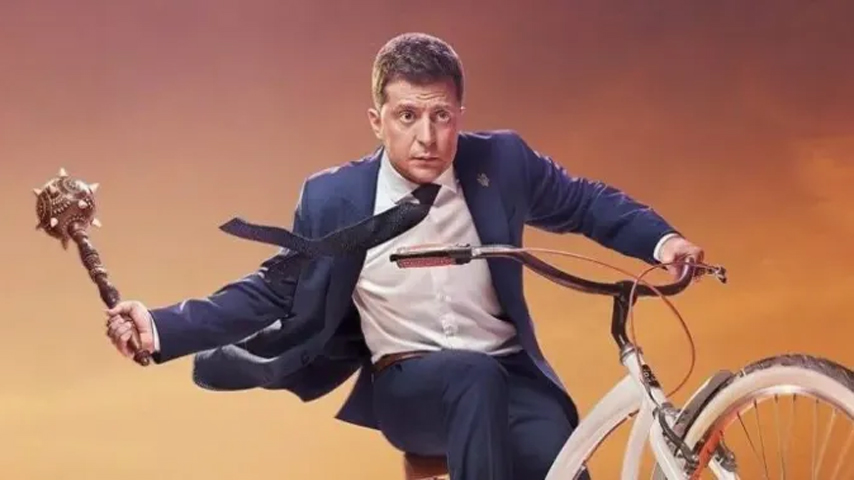 George Soros’ involvement in Ukraine is well known; his name is linked to the Orange Revolution and regime changes in the country. Like in Georgia.

George Soros acknowledged in an interview with CNN that he actively contributed to the overthrow of former Ukrainian President Viktor Yanukovych in 2014. “I created a foundation in Ukraine before it became independent from Russia. The foundation has functioned since then and has played an important role in current events,” explains the financier who established the International Renaissance Foundation, in Ukraine, as part of the Open Society Foundations, in April 1990.

The infamous foundation originally placed in Ukraine by the New World Order with the aim to assist the transition to democracy, to a market economy, became a sort of parallel government immediately starting a series of projects in different areas without ever truly helping the country and ultimately giving the role of President of Ukraine, serving since May 2019, to a comedian/clown called Volodymyr Zelenskyy, who made his apparent fortune with a Ukrainian political satire comedy television series but was secretly financed by a friend of  Soros, the Ukrainian oligarch Igor Kolomoisky. His name appeared in the revelations made thanks to the Pandora Papers investigation, the world’s largest-ever journalistic collaboration, involving more than 600 journalists, that unmasked the hidden owners of offshore companies, secret bank accounts, private jets, yachts, mansions, and precious artworks of a bunch of influential people from the New World Order elite. More than 100 billionaires, 29,000 offshore accounts, 30 current, and former leaders, and 300 public officials were named in the first leaks in October 2021 that pushed many governments to launch their own inquiries into the financial activities revealed in the papers.

The worldwide probe was prompted by a massive journalist exposé put together by the International Consortium of Investigative Journalists (ICIJ), that included work by journalists from the Ukrainian media Slidstvо.Info, which connected the shady financial dealings of Zelensky’s television production company Studio Kvartal 95 to the aforementioned Ukrainian oligarch Igor Kolomoisky. Slidstvo found that the laundered money passed through the Cyprus branch of Kolomoisky-owned Privatbank, according to law enforcement officers.

Ten years ago, the popular Kvartal 95 started their shows on the Ukrainian TV channel 1+1 owned by Igor Kolomoisky. Their shows and programs were hits on the channel owned by Kolomoisky, who will later support Zelensky and the team, not only as entertainers but also as politicians, allegedly under suggestions made by none other than George Soros himself. Today, Kolomoisky is a person of interest in investigations in Ukraine, Britain, and the United States, who will probably ignore the results.

Of course, it was Soros’s Foundation in Ukraine that wanted to fight corruption by strengthening transparency and accountability in Ukraine, supporting the creation of the National Anti-Corruption Bureau of Ukraine in 2014, but nothing really happened and the following year, in 2015, The Guardian called Ukraine “the most corrupt nation in Europe,” and according to a poll conducted by Ernst & Young in 2017, experts considered Ukraine to be the ninth-most corrupt nation in the world.

Soros Foundation also said it wanted to support investigative journalism projects, as well as the development of independent media outlets in Ukraine but in 2010, and again in 2021, Freedom House perceived “negative trends in Ukraine,” with government-critical opposition media outlets being closed, demonstrating the authoritarian nature of the pro-Western government led by a former comedian.

As you can see, Ukraine is governed by a clown financed by George Soros, who made his fortune with a TV series called “Servant of the People” in which Volodymyr Oleksandrovych Zelenskyy stars as Vasyl Petrovych Holoborodko, a high-school history teacher in his thirties who is unexpectedly elected President of Ukraine after a viral video filmed by one of his students shows him making a profane rant against government corruption in his country. Unfortunately, Zelenskyy’s claim made during his political campaign that he will clear his country like his fictional character in the TV series, was propaganda, as Ukraine is becoming a bad joke crafted by Soros and Kvartal 95 Studio, the television entertainment production company, operating in Ukraine since 2003, officially owned by Zelenskyy, but allegedly financed by Soros’ buddy Igor Kolomoisky, whose leading figures later joined Zelensky’s administration as Deputy Heads of the Presidential Administration of Ukraine, and one as Deputy Head of the Ukrainian Secret Service.

Now you can understand why Vladimir Putin does not take Zelenskyy and his administration too seriously as they are literally a joke produced by George Soros and friends, to control and brainwash into submission the people of Ukraine now left in the middle of a possible bloody war.