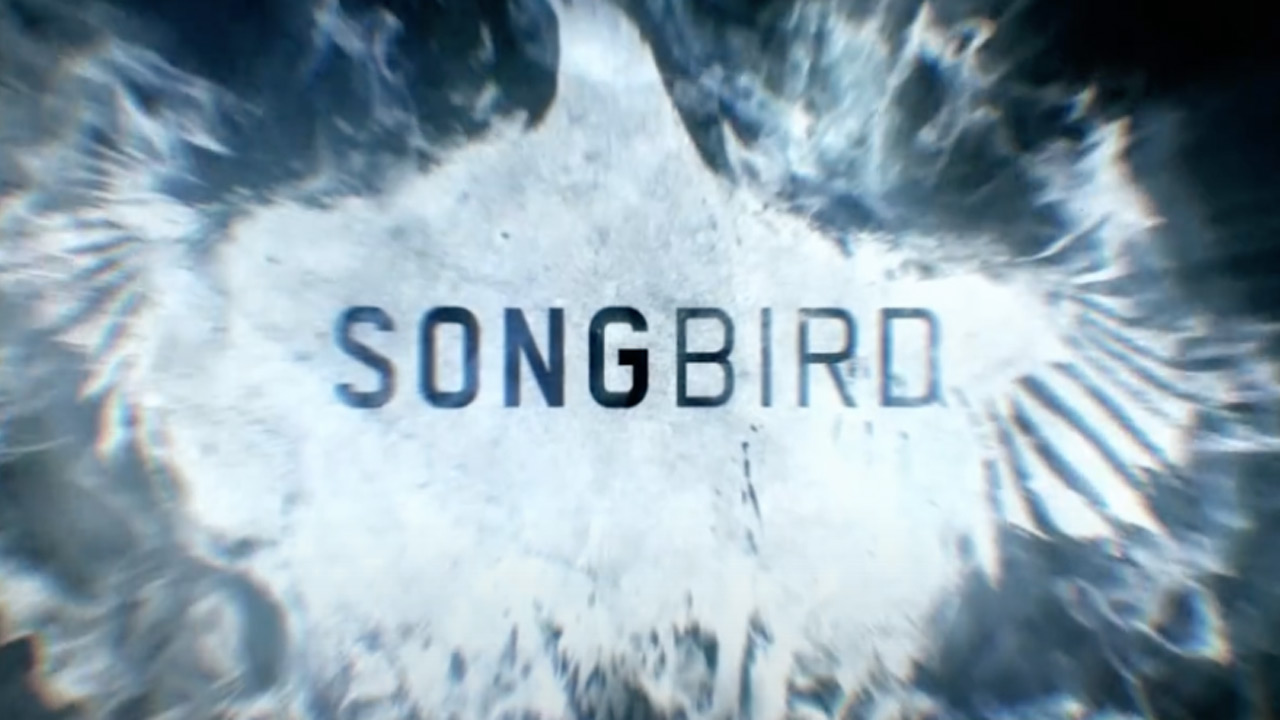 by Jeffrey A. Tucker | Brownstone Institute

It was chilling, remarkable, stunning, revealing, and terrifying in strange ways. It features a dystopian society that is fully consumed by disease panic and controlled by a police state that claims to be fixing the problem. The problem is not being fixed. Everything gets worse and worse. No one seems to know how to stop it because no one is actually responsible. Everyone is merely playing a role as civilization collapses.

It is not some wild vision of the future. It is a prescient crystallization of many aspects of the present. I can only congratulate the writers and directors, and also praise any venue that allows it to be seen. I’m surprised at some level, given the censorship in our times, that you and I are permitted to see it at all.

It is satisfying to know that at least one film made in the last two years dealt frankly with pandemic lockdowns and their social and economic implications. They mean the end of liberty, the end of human society as we’ve known it, and also the end of public health. The truth is perfectly captured in the film, which is nightmarish not because of an imagined future hell but because so many people have lived some version of this movie in the last two years, and millions around the world continue to do so.

The contrast with Contagion (2011) is striking. In that movie – which everyone seems to have seen and actually acted out once the pathogen finally arrived – the CDC is responsible, benevolent, and one of the few institutions in society that is not driven by panic. Their track-and-trace antics are wise but, sadly, don’t actually solve anything. Regardless, that movie helped mainstream the idea of lockdowns and suggest that it won’t be so bad, at least not as bad as allowing a virus to circulate in the normal operations of the market and society.

Songbird gives an entirely different look at the same theme, and a much more realistic one, even though this is supposed to be some kind of dystopian fiction. It was the first Hollywood production following the lockdowns of March 2020. In April, writer and director Adam Mason got a call from Simon Boyes with an idea to capture the present moment in the film and imagine a future in which the ethos and policies of lockdown drive the whole of life. The virus is a mutation of Covid-19, four years later, and is now called Covid-23. The lockdowns are more intense than ever.

One irony about the filming in the summer and fall of 2020 is captured by Wikipedia: “The production adhered to safety protocols including regular testing, a maximum crew size of 40 per day, and keeping actors separated.” Ah yes, science! So, yes, there is a sense in which the making of the film itself was subjected to the very same brutality of human separation that the film reveals as a police-state nightmare. Perhaps that helps explain the intensity of the film itself: it is about the world in which the film was actually being made.

This movie should hold a high place in cinematic history as the first to call out the sheer inhumanity of those months and presently foresee what a possible future could look like. It did not appear in streaming until December 2020. The reviews are absolutely brutal, at least as they stand right now: see Rotten Tomatoes. It was criticized as pure exploitation, unrealistic, disjointed, and tedious.

None of that is correct. It is all wildly incorrect.

But I suspect I know why the movie didn’t quite capture the moment when it came out. Trump had been defeated in the election. Half the country was already back to full normal, particularly red states. There was a presumption in the air that all our troubles were about to be over because we were getting a new president who would magically deploy the power of science to make everything better.

For reasons I will never fully understand, there was a pro-lockdown ethos in all fashionable circles of art, film, music, and media generally. My speculation is that this was due to 1) the perception that Trump himself turned against lockdowns and therefore to be pro-lockdown was to signal anti-Trumpism, 2) the lockdowns were not entirely inconvenient for the well-to-do, and 3) the influence of the Chinese market here might have tipped the scales.

For whatever reason, the traditional pro-speech, pro-liberty, pro-inclusionist ideology of Hollywood and media culture was thrown out the window after lockdowns, and replaced by a creeping adoration for central planning and authoritarianism as the means by which society defeats germs. This film took an entirely different view (a more traditional view) and hence had to be crushed before it gained adherents for the anti-lockdown cause.

The main themes of the movie center on two pillars of lockdown ideology: social distancing and track-and-trace. Both are shown as applied in the extreme. There are only a few scenes in the entire film in which actual people are in contact with other actual people outside their own household. All communication outside the household is via digital services. Groceries are delivered via a box in the wall with UV lights designed to disinfect anything incoming.

The police state in the movie seems to be on autopilot: it just grinds along with a failed orthodoxy that no one seems to be in a position to stop. There is no legislature, no president that we ever see, and not even a public-health authority as such. It’s a police state in which the “sanitation department” seems to have all control, and no one is in a position to check that power.

The result is chilling: not a world in which anyone wants to live. Everyone in lockdown is struggling with physical and mental health. The corruption, the universal sadness, the class divisions, the isolation and despair, the digital monitoring of everything and everybody, all in the name of disease control, is captured in a way that is uncomfortably familiar.

On the matter of track and trace, every citizen must use their phone to achieve daily temperature checks, and the results are uploaded via a government app. Every home also has listening devices tuned to hear coughs. A cough and a fever result in the police showing up, in hazmat suits with guns, to take the sick person plus the domestic contacts to the quarantine camp to die or recover.

And there are immunity passports. One character in the film, the only one who seems healthy (the only one), is a courier who delivers goods on a bicycle. He somehow got an immunity test from having gotten the dreaded disease and recovered. He has a bracelet giving him something close to freedom as an “essential employee.”

So far as I can tell, there is no vaccine in the movie, or perhaps it was like our own: unable to stop infection or spread and so therefore not considered part of what makes one free. The only immunity in the film that seems to be recognized is natural immunity – but getting someone to recognize that and issue a bracelet appears to be a real challenge.

Think of this: this movie was made in the summer following lockdowns!

I’m thinking back to the days when this movie was released. “Conspiracy theorists” and others who opposed the lockdowns were warning about 1) immunity passports, 2) quarantine camps, and 3) totalitarian controls. They were laughed at as absurd. Today in New York City, you cannot go to a show or a restaurant without being fully vaccinated, the definition of which seems to be on the verge of changing. Meanwhile, while we don’t have quarantine camps here, they exist and are in constant use in Australia, while students around this country have been routinely locked in their dorm rooms for having had contact with someone who tests positive.

This film was prophetic – so much so that the critics had to pan it before too many people gained access to a compelling warning.

In the early days of real-life lockdown, there were essentially three camps that emerged. There were people who imagined that the lockdowns and closures were the right way to deal with a virus for various reasons that were often contradictory. All of them predicted better outcomes from lockdowns than from staying open. They have all been proven wrong beyond a shadow of a doubt.

There was a second camp consisting of people like me who believed that however bad the virus would be, disabling basic social and economic functioning would make it worse: unleashing the police state, demoralizing the population, and failing utterly to control the pathogen over the long term.

There was also a third camp, who imagined themselves to be the moderates. They favored nothing more than track-and-trace. We needed widespread and unrelenting testing of everyone and then recommending a safe course of action such as self-quarantining. Maybe that all sounds scientific and innocuous, even obvious. In practice, the reality is very different. Track-and-trace can be the basis of our own dystopia, and it leads ultimately to the surveillance state as shown in this film. This moderate position isn’t that at all; it is a template for everything that every free person should oppose.

I get why this movie was panned at the time it came out. It is too real, too prophetic, too poignant, too honest. It revealed the truth that so many people were unwilling to see at that time. These seemingly scientific slogans – flatten the curve, slow the spread, socially distance, track-and-trace – mask deeply dangerous policy ideas that can ruin life for everyone, and utterly destroy health and human liberty itself. The film is right: pandemic controls are an existential threat.

So much of the country is long-ago back to normal. They want to forget that this ever happened to us, and they imagine that they are safe from the egregious policies due to political protection and geography.

And yet I’m typing these sentences while listening to Anthony Fauci testify on the need for not only a new generation of vaccines but also his dream for another comprehensive government response to the next pathogen. The movie Songbird now looms large in my head: what precisely is the difference between what this film shows as the most ghastly dystopia and what Fauci himself is pushing now in the US Senate? I’m not sure I see much difference at all.

You are not supposed to see this movie. That’s the best reason to see it now.

Jeffrey A. Tucker is Founder and President of the Brownstone Institute and the author of many thousands of articles in the scholarly and popular press and ten books in 5 languages, most recently Liberty or Lockdown. He is also the editor of The Best of Mises. He speaks widely on topics of economics, technology, social philosophy, and culture.