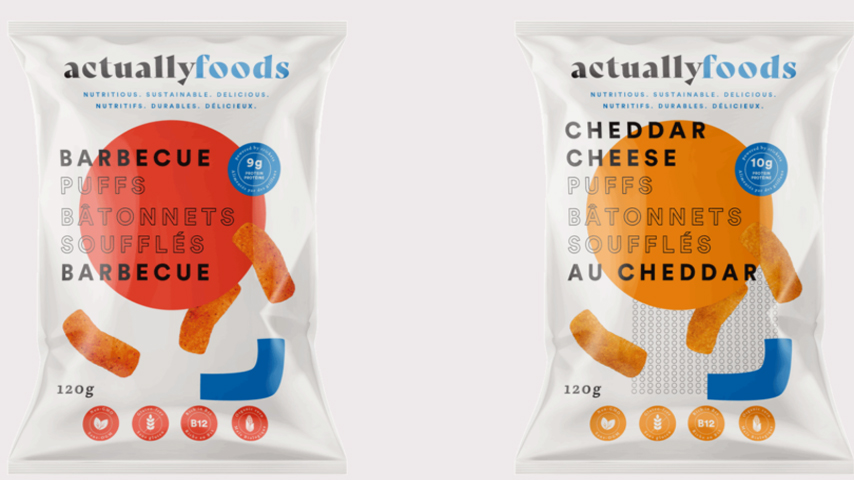 The next time you bite into your cheese puffs it might be best to read the ingredient label, as snacks made with cricket flour are now on sale at major Canadian grocery stores.

Nationwide, the food brand called “Actually Foods” from Canadian-based Entomo Farms says it is on a mission to renew Canadians’ relationship with what they claim is “healthy food.”

Both crickets and mealworms in recent months have been promoted by global elites as a source of protein that they say could replace beef or pork, and which can also be used in a variety of foods.

Indeed, the Great Reset of Klaus Schwab and his World Economic Forum (WEF) has as part of its agenda the promotion of eating bugs to replace beef, pork, and other meats that they say have high “carbon” footprints.

Entomo Farms says that when it comes to their bug-infused Cheddar Jalapeno Puffs, they have “ditched so-called ‘natural’ ingredients that are actually not as clean as they claim.”

“Instead, we’re making something you can feel good about, using unexpected ingredients that, although surprising, actually boast the health benefits you’re looking for: like high-protein cricket powders, fava beans, and more,” the company says.

Photos of the cricket-laced Cheddar Jalapeno Puffs show it to look like any other cheese puff, meaning some customers might be unaware they are eating bug flour.

The packaging does say that the puffs are “Powered by crickets, 10g protein.”

The puffs are for sale nationwide at major Canadian grocery outlets.

Entomo Farms says that they are the “Future of Food,” and their goal is, “through product excellence and education, to make cricket-based foods the first choice for individuals interested in high-quality, sustainable protein.”

The company also offers for sale cricket powder, crickets in a bag, and other bug-infused foods.

The promotion of eating bug protein has the support of Canada’s federal government under Prime Minister Justin Trudeau.

The cricket farm recently came online and when fully operational will be able to make 13 million kilograms of crickets for “human and pet consumption.”

At the same time, the Trudeau government has begun to attack Canadian farmers by pushing forth an agenda that would force them to reduce the amount of nitrogen-based fertilizer. This could have a large negative impact on the growing of feed for cattle as well as food for human consumption.

Conservative Party of Canada MP and leadership candidate Dr. Leslyn Lewis recently blasted the current cancel-culture crusade against red meat and the push by globalists to promote the of eating bugs.

She also ripped Trudeau’s attack on farmers, saying citizens need to confront the “lies” regarding “Net Zero” extremism to protect the nation’s farmers.