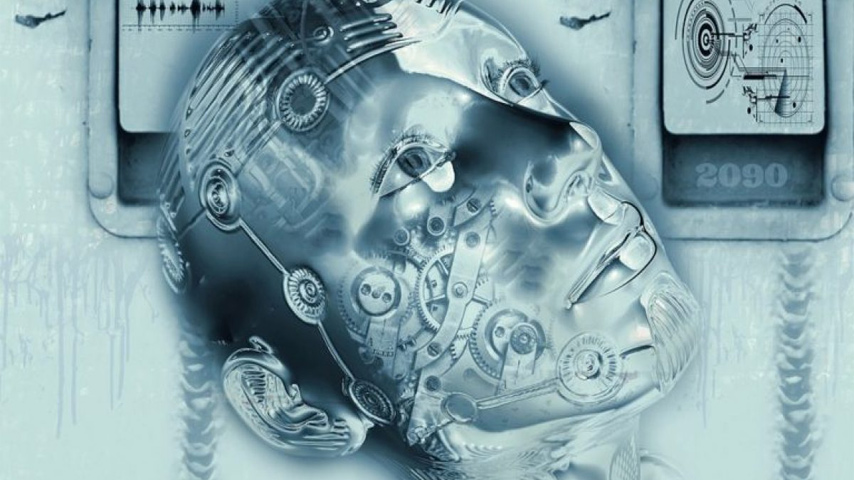 The merging of humans with machines is being used to advance globalists’ interests, reshape humanity, and gain complete control over every aspect of our lives.

As early as 2014, futurologist Dr. Oskar Villani said it was possible to monitor people with barely visible computer chips. These tiny chips are called “Smart Dust.” Hundreds of them can be “transferred” to a person with a simple handshake. DARPA, a military research facility of the US Department of Defense, was significantly involved in its development. They also found a way to use Smart Dust to read our brain waves and signals, potentially exposing unexpressed thoughts and moods. The merging of humans with machines is being used to advance globalists’ interests, reshape humanity, and gain complete control over every aspect of our lives.

It appears that it is possible to transfer tiny chips, which are hardly visible to the naked eye, to other people with a handshake – it is no longer even necessary to implant microchips to monitor people. On July 1, 2014, the futurologist Oskar Villani was a guest on German television program “Heute Konkret”. The nearly 5-minute interview begins with Villani shaking hands with presenter Claudia Reiterer and then telling her that he has now transferred several hundred microchips to her, which can now be used to monitor her for up to 14 days and read a wide variety of data.

These tiny chips are called “Smart Dust,” hundreds of them can be “transferred” with a simple handshake. DARPA, a military research facility of the US Department of Defense, was significantly involved in the development. Villani also reported there is a way to use Smart Dust to monitor our brains.

Watch the following Interview with Dr. Oskar Villani that has been translated by RAIR Foundation USA here:

Hundreds of Surveillance Chips in a Handshake

The chips can stick to people’s hands and track people worldwide, gather medical data such as blood pressure or blood sugar levels, and biometric data. Normal hand-washing does not remove the chips for at least a week. This means that as early as 2014, total surveillance of people was already possible. Future developments would help to make these devices completely unnoticed.

Since smart dust devices are miniature sensors, they can record anything they are programmed to record. However, since they are so small, they are difficult to detect. Critics have been warning about advancing technologization for a long time. What was once intended as support could prevent personal development and allow for total control. Even babies and children are not spared.

Because the so-called ” smart dust” was already developed in the 1990s by Dr. Kris Pister, a professor of electrical engineering at the University of California, Berkeley, as a simple way to use smart wireless sensors, Pister envisioned a world where ubiquitous sensors could measure almost anything. Unsurprisingly, the U.S. military provided the impetus, funding, and development.

In 1997, DARPA (Defense Advanced Research Projects Agency) funded Pister’s research as part of their Smart Dust project. (DARPA was also involved in the development of mRNA technology). Then, in 2001, the American military conducted a surveillance test with the devices. After successfully calculating the speed and direction of 142 military vehicles, the test was declared a great success.

In 2013, MIT reported, “How Smart Dust Could Spy On Your Brain.”  This study revealed how Smart Dust is already developed, used, and soon will be a daily part of our lives.

Once again, Researchers at the University of California, Berkely, were the first to propose what they called ‘neural dust’ – millimeter-sized sensors that could be implanted in the body and used to stimulate nerves and muscles and monitor the activity of different organs.

It consists of “many small wireless microelectromechanical systems (MEMS).” MEMS are tiny devices with cameras, sensors, and communication mechanisms to transmit the data to be stored and further processed. They are usually between 20 micrometers and one millimeter in size. They are wirelessly connected to a computer network and distributed over a specific area to perform tasks, generally using RFID technology(Radio Frequency Identification) can be recorded.

Elon Musk and Neuralink: Can We Read People’s Minds Soon

In 2016, DARPA program manager Doug Weber stated that “neural dust [note: smart dust] represents a radical departure from the traditional approach of using radio waves for wireless communication with implanted devices.” And further: “The soft parts of our body consist mostly of saltwater. Sound waves can pass through this tissue unhindered and be focused with great accuracy on nerve targets deep in our body, while radio waves cannot.” Using ultrasound to communicate with the nerve dust also allows the sensors to be made smaller. For example, they can be introduced into the body by injection with a needle.

This, therefore, is a technology that can be used in the spirit of transhumanists. Elon Musk has already founded Neuralink, a company whose goal is to connect the human brain to a computer. The company is developing an ultra-high bandwidth brain chip to connect humans, computers, and artificial intelligence, what Musk refers to as “a Fitbit in your skull with tiny wires.”

In 2020, Musk and Neuralink demonstrated their success with implanting just such a chip in pigs, with humans being their next target.

In 2021, he touted Neurlink’s progress in a new video in which he claims a 9-year-old macaque monkey is playing ping-pong with his mind. Neuralinks were placed on each side of Pager’s brain, according to the video. The links track the parts of the brain focused on hand and arm movements and record the neural activity.

Connecting the human brain to computers is a goal of all globalists and their organizations. Watch the World Economic Forum leader and “transhumanism” enthusiast Klaus Schwab casually discuss a future where chips will be implanted in people’s brains from this 2016 interview,

Schwab explained that these chips could be a “direct communication between our brains and the digital world.” He believes what we will see is a kind of “fusion of the physical, digital and biological world,” in other words, transhumanism.

Schwab has written two books about the transhuman revolution: “The Fourth Industrial Revolution” (2017) and “Shaping the Fourth Industrial Revolution” (2018), which had a forward by Satya Nadella, the CEO of Microsoft. And let’s not forget his other “Covid-19: The Great Reset” (July 2020), which elucidates the strategy to use the virus crisis to unleash the true potential of the revolution.

In his book “Shaping the Fourth Industrial Revolution,” Schwab advocates for a future in which authorities will be able to utilize the blending of technology with the human body to “intrude into the hitherto private space of our minds, reading our thoughts and influencing our behavior.”

Schwab writes that the ability “for law enforcement agencies and courts to use techniques to determine the likelihood of criminal activity, assess guilt or even possibly retrieve memories directly from people’s brains will increase,” adding, “Even crossing a national border might one day involve a detailed brain scan to assess an individual’s security risk.”

Klaus goes on to state that the “Fourth Industrial Revolution technologies will not stop at becoming part of the physical world around us; they will become part of us,” adding,

Indeed, some of us already feel that our smartphones have become an extension of ourselves. Today’s external devices—from wearable computers to virtual reality headsets—will almost certainly become implantable in our bodies and brains.

Exoskeletons and prosthetics will increase our physical power, while advances in neurotechnology enhance our cognitive abilities. We will become better able to manipulate our own genes, and those of our children

For years, people have been implanted with chips linked to digital currencies and smart devices through the 5G network to process payments directly and allow them to access their homes, offices, and gyms. The chips also allow big-tech databases and government surveillance measures to track and monitor their location, activities, and behaviors.

A global system of totalitarian technocracy has arrived; of course, I’m sure it will only help us! What an exciting “brave new world” we are entering. As Klaus notes:

[It] will change not only what we do but also who we are. It will affect our identity and all the issues associated with it: our sense of privacy, our notions of ownership, our consumption patterns, the time we devote to work and leisure, and how we develop our careers, cultivate our skills, meet people, and nurture relationships.”