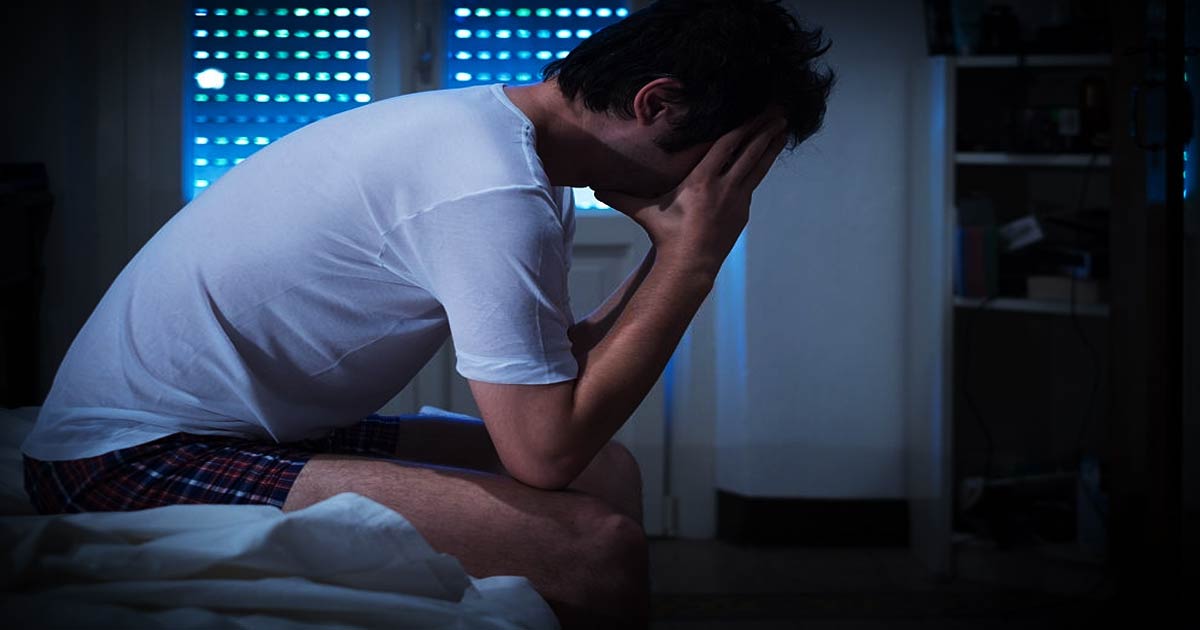 Many of us struggle with insomnia, and when you wake up after a night of tossing and turning, it can be hard to say for sure just how much time you actually slept. However, if you’re turning to sleep apps or smart watches to help you pin down just how much shut-eye you’re getting, you could be inadvertently making the problem worse.

Sleep trackers seem useful on the surface. Many of them monitor your movement and heart rate while you’re sleeping in the form of a bracelet or watch. Actigraphy, which has been used for medical sleep tests for many years, is one of the measuring tools used to record your movement with an accelerometer. Periods of time spent being still are considered to be “asleep.” Some also have a heart rate tracker that can detect drops in heart rate that may signify sleep.

At a recent science festival in Cheltenham, England, sleep disorder specialist Dr. Guy Leschziner said that the public’s increasing obsession with measuring their sleep is backfiring. He added that reading how bad sleep deprivation can be for your health is contributing to the problem.

He said that a lot of patients come to him with sleep data from apps, and he has trouble convincing them to stop using them. Most apps, he pointed out, only track movement and aren’t clinically validated, so they cannot be relied upon to give a true picture of a person’s sleep quality.

Using these apps is leading to a disorder known as orthosomnia, wherein people feel stress and anxiety about perceived sleep problems, causing their bodies to produce hormones like cortisol and adrenaline that keep them awake. The term was coined in 2017 in response to the growing problem. The condition has been likened to orthorexia, an unhealthy preoccupation with eating healthy food.

Insomnia, in contrast, is seen when you have regular, ongoing problems falling asleep, wake up frequently throughout the night, wake up too early and have trouble falling back asleep, and still feel tired when you wake up.

Last year, the UK’s Parliamentary Office of Science and Technology reported that doctors are concerned about sleep trackers causing people who sleep normally to become anxious about sleep problems that don’t exist.

Some people naturally need less than the general recommendation of eight hours, and being told they’re not getting enough sleep can cause what is known as the “nocebo” effect wherein expecting negative symptoms can make people feel worse physically. Different people also have different sensitivities to caffeine and blue light before bed as well.

Having trouble sleeping? Here’s what to do instead of using apps

Instead of apps, Dr. Leschziner suggests that people trust their own feelings when they wake up in the morning. If you wake up feeling tired and like you didn’t get a good night’s sleep, you may have a problem, but if you wake up feeling refreshed, don’t nod off during the day, and are generally ready to sleep around the same time each night, there’s no need to worry.

If you do have legitimate trouble sleeping or suspect you have insomnia, experts say establishing a sleep routine is essential. Going to bed and waking up around the same time every day can help you spend more time asleep, so you should avoid sleeping in on weekends, for example.

If you’re having trouble nodding off, breathing exercises, meditation, visualizing happy memories and listening to calming music are all natural approaches to insomnia that can help. It’s also a good idea to avoid technology and screens in the hour before bed to help your body prepare for peaceful slumber.

Eat Bugs and Live in a Pod: South African Entrepreneur Says Caterpillars Are “A Healthier Option” Than Steak in Latest Push to Convince People to Eat Bugs