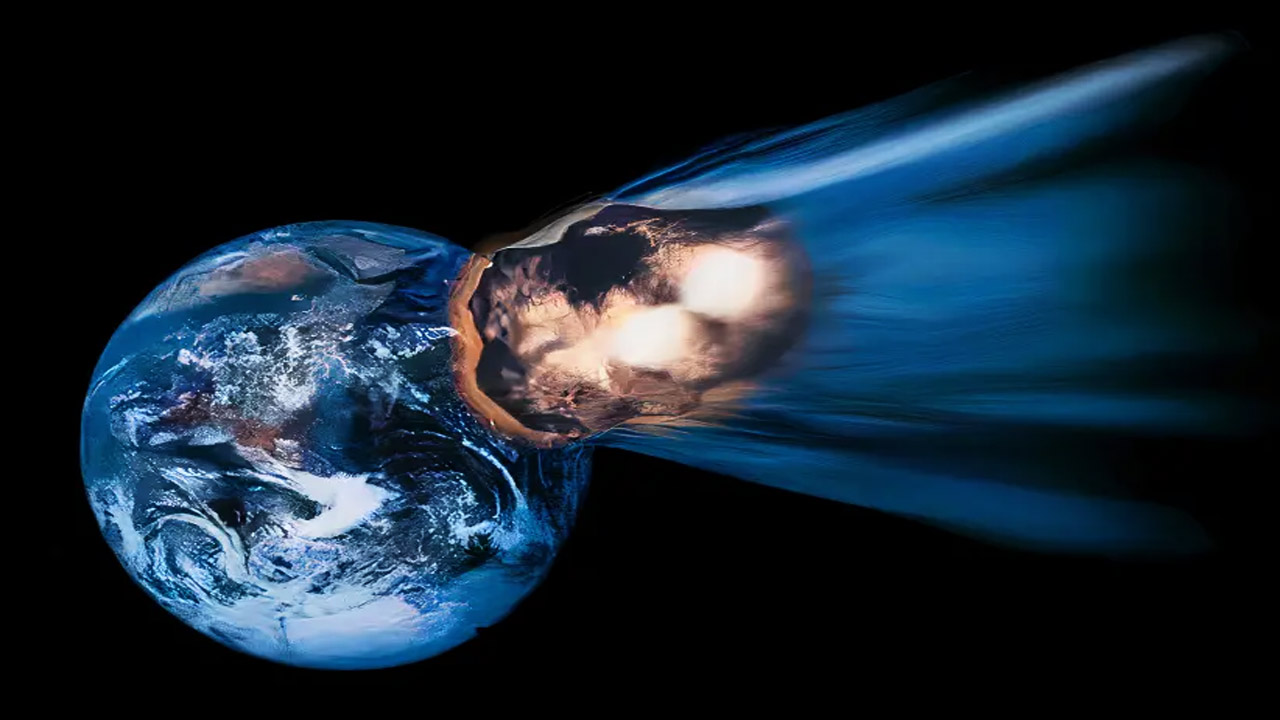 People checking the skies for Santa Claus this Christmas Eve might also be on the lookout for something else: An asteroid the size of a skyscraper.

Named 2016 TR54, this asteroid has an estimated diameter between 100 meters and 230 meters, according to NASA’s asteroid tracker. At the largest estimate, that’s comparable in size to some skyscrapers, such as Tel Aviv’s Azrieli Towers (238 meters), or around 64 Christmas trees (going by the maximum average size of Christmas trees at 12 feet, according to Christmascentral.com).

The asteroid is set to pass by the planet on December 24, Christmas Eve, at a distance of around 6.5 million kilometers away from Earth. For comparison, the distance between the Earth and the Moon is around 384,000 kilometers. As such, without a telescope, it will be hard to spot this asteroid in the sky.

It also means Armageddon won’t be coming this holiday season. This lines up with earlier predictions by NASA, which estimated that Earth is free of risk of an asteroid impact for the next century.

This is good, as an asteroid impact is arguably one of the worst possible natural disasters that could happen, and one humanity has little to no defense against.

The last known significant asteroid impact was on February 15, 2013, when an asteroid exploded in the air above Chelyabinsk, Russia. This asteroid was 17 meters wide, and while it didn’t result in any casualties, the shock wave from the explosion shattered windows in six different Russian cities and caused 1,500 people to require medical attention.

According to NASA, any asteroid 140 meters in diameter or larger could have a potentially catastrophic impact if it crashed into Earth.

The destructive nature of asteroids, even small ones, is something well-known to experts, with space agencies around the world monitoring for potential catastrophic impacts, as well as researching potential means of stopping them.

One method for possibly stopping the impact of an asteroid is through the use of deflection, which would mean launching something to slightly alter an asteroid’s path. The most prominent of these efforts is the Double Asteroid Redirection Test (DART) Mission, the result of efforts by NASA and the Applied Physics Laboratory.

In layman’s terms, it means punching an asteroid with a rocket with enough speed to change its direction by a fraction of a percent.

The DART mission is humanity’s first real attempt at testing a defense against an asteroid impact and is set to be tested later this week when the spacecraft is launched towards the Didymos binary asteroid system.