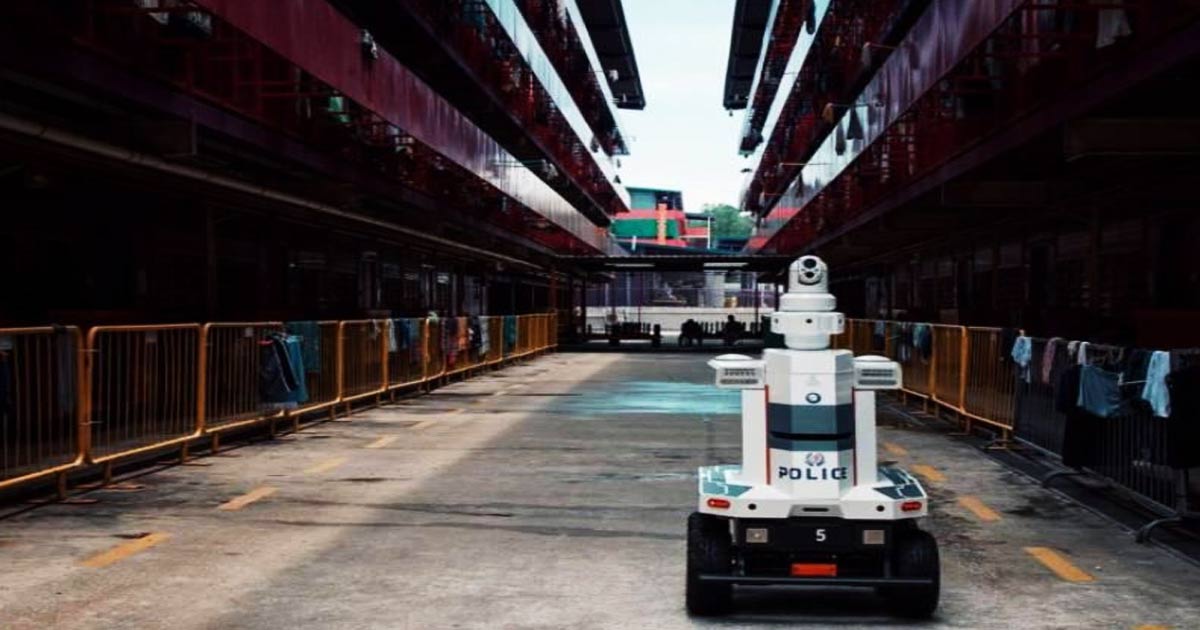 Singapore has been dealing with one of the highest infection totals in all of Asia, mainly because of foreign worker dormitories in the country that have led to a surge in cases since April. This prompted the government to deploy autonomous robots to at least one dormitory, a move that would hopefully enforce strict social distancing rules.

The tiny, Asian country continues to reopen its severely damaged economy after several months of lockdowns — confirmed COVID-19 cases in the country breached 38,000 cases on Monday, with a total of 25 deaths.

The government’s virus task force told Reuters on Monday that at least half of the country’s newly discovered virus cases are asymptomatic. About 6,294 infections in the last two weeks have derived from migrant workers.

In response to the outbreak, AsiaOne reported the Singapore Police Force deployed autonomous robots to at least one foreign worker dormitory in the eastern part of the country to enforce social distancing.

Two Multi-purpose All-Terrain Autonomous Robots (Matar) were deployed at the start of May at one foreign worker dormitory. Each robot has cameras and speakers and can be controlled remotely via an operator.

Singapore Police Inspector Teo Wan-Ling, who leads 15 officers at the dormitory, said the robots aid in their ability to better enforce social distancing among residents.

Ling said: “There is a sizeable amount of people (at the dormitory). Sometimes when they queue up for their food, they don’t adhere to the safe distancing measures. So, in this case, you can just give them a verbal reminder over the Matar.”

“The Matar also plays a deterrent role,” she said, noting that the workers generally tend to follow the safe distancing measures once they see the robot patrolling.

“The robot actually helps us to automate some routine as well as mundane tasks, so officers don’t have to travel and do the footwork. Instead, these robots can help to reduce human fatigue and perform the jobs available,” Toh said.

The robots navigate autonomously through the facility with a 360-degree camera, which covers any blind spots during patrols. Other Matar robots are being trialed in the country. One robot, in particular, can deploy a tethered drone that can fly up to 120 feet high.

The spread of Orwellian surveillance devices like Matar robots are becoming more common in a post-corona world.