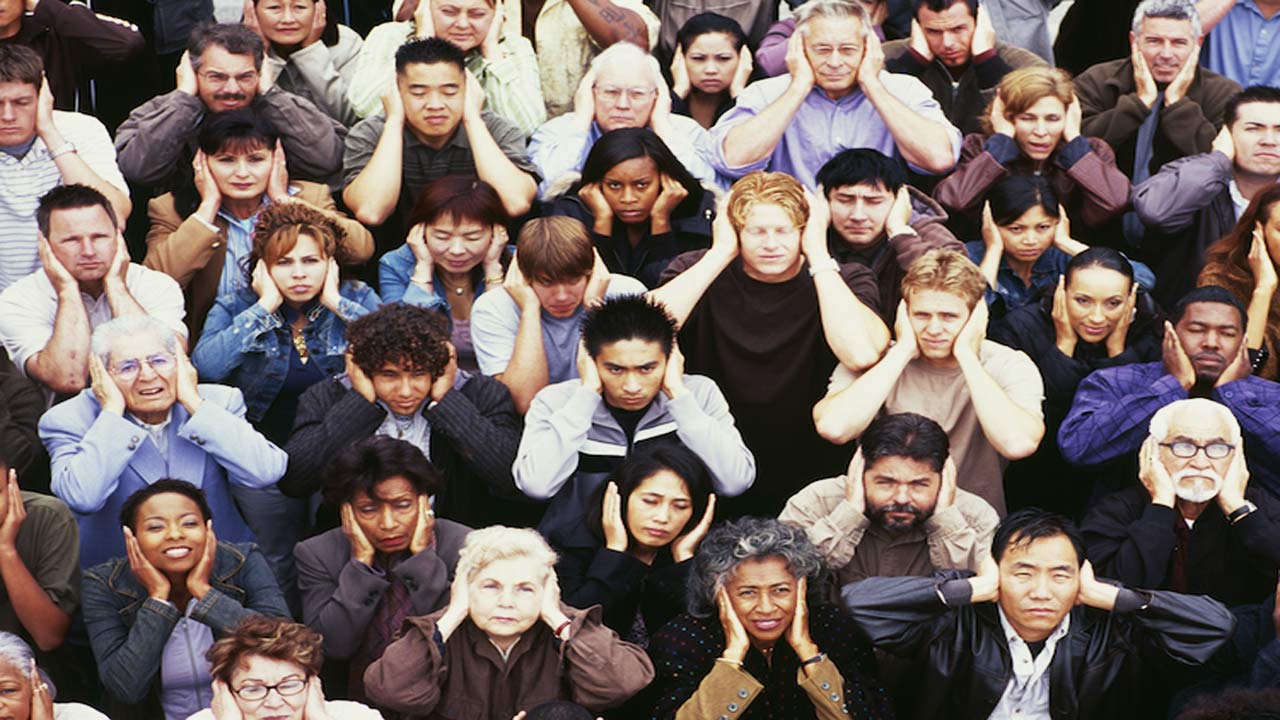 I’m a committed advocate of personal liberty and informed consent, and I can’t possibly fathom turning my sacred body over to the pharmaceutical industry to be a guinea pig in an experimental drug trial. Especially when the institutions pushing this on the world are so brazenly involved in creating the crisis, are censoring any contrarian information or opinions, and have openly stated their plans to use this situation to herd the world’s people into a medical technocracy governed by the creepiest pricks on the planet.

Furthermore, I’m floored by the fact that so many people are not only rushing to participate in all of the mandates, rules, edicts, and orders, but also demanding that we non-conformists do the same. Even going so far as to support coercion and segregation of people who dare wish to remain naturally healthy and uncolonized by the pharmaceutical industry.

The social pressure is outstanding, and if I hadn’t been involved in researching the work of the social engineers, mind control experts, and propagandists for the last ten years, I might not be able to see what’s really happening.

People keep calling me things like ‘science denier,’ ‘anti-vaxxer,’ or ‘anti-science,’ and while sticks and stones may break my bones, I just can’t get over the sad irony that science also has an explanation for the social conditions we see today.

Because science definitely has something to say about how mass obedience, mass conformity, and mass psychosis occur.

Science definitely has a logical explanation for the fact that so many people are willing to put drugs in their bodies without logically assessing the risk vs. reward, or even knowing what’s in the drugs.

Science can most definitely explain why people demand that others take this product when the product is supposed to offer you protection from those who don’t take the product.

And science can most definitely explain why so many people are uninterested in the declarations of globalist vampires like Klaus Schwab who openly say they want to eradicate the concept of private property, track human beings by the signature of their heartbeat, and read people’s minds to determine if they are a threat to the state.

In fact, science very clearly explains why people do things that go against their self-interests. Let me offer you a few examples.

In the 1950s Solomon Asch conducted a series of group psychology experiments that demonstrated how easily people will go against the evidence of their own eyes, just because of the influence of a group of anonymous peers.

Participants were asked to look at a picture of simple lines and declare which one appears to be closest in length to a control sample. The correct answer is always quite obvious, yet the majority of participants answered incorrectly, instead of following along with a group of others who deliberately gave the incorrect answer.

The essential question here is ‘would you rather stand alone and be right, or stand with the group and be wrong?’ This is a riveting example of the power of groupthink. It reminds us that we are wired to adhere to the norms of our tribe above and beyond all logical reason, if necessary.

2.) Dangerous Conformity – When Your Life is at Stake By Following the Herd

We’re hard-wired for social conformity, even when doing so may present an immediate danger to our safety. This phenomenon is well-known and is illustrated in a social experiment overseen by psychology professor Dominic Abrams in which researchers attempt to answer the following question.

“Behaving differently from your group can make you an outcast. But what would you do if you knew your group was entirely wrong? Would you, for example, sit in a burning room, just because everyone else does?” – Dangerous Conformity

Shockingly, most participants ignored the evidence of their own senses, and instead of immediately leaving a burning building, they waited for the group to lead the way, which in a real-life situation would have cost them their lives.

Stanley Milgram’s famous 1961 social experiment on obedience to authority is hailed as a milestone in our understanding of how people’s ethics can drastically change when responsibility for their actions is deferred on to an authority figure, such as an ‘expert’ or leader. Intrigued by the role of Nazi military personnel in concentration camps during WWII, Milgram wanted to know how much coercion people needed in order to willingly inflict harm on another person.

“He asked volunteers to deliver an electric shock to a stranger. Unbeknownst to the volunteers, there was no shock—and the people they were shocking were actors pretending to be terribly hurt, even feigning heart attacks. Milgram found that most people would keep delivering the shocks when ordered by a person in a lab coat, even when they believed that person was gravely injured. Only a tiny percentage of people refused.” [Source]

The suggested conclusion is that people are inherently unable to think for themselves when given a subordinate role in some authoritarian hierarchy, such as the role of the people in a state-controlled world. Their natural and unconscious reaction is to defer responsibility for their actions to someone of authority, relieving themselves of the stress of guilt.

Do you believe that people are thinking for themselves when they parrot ideas from the mainstream media and acquiesce to questionable rules and mandates?

These are just three examples of how the human mind pursues conformity over rationality under circumstances where group pressure or pressure from authority is applied. We are hard-wired for social conformity, and it’s one of the most dangerous aspects of the human condition.

There is a clear science to this that has to do with how the subconscious mind assesses safety amongst a tribe in a complex world and mitigates the dangers of being ousted by a tribe by defying logic in favor of conformity.

On the one hand, this information is quite valuable in helping to see and understand the world more clearly. On the other, knowledge of the mind’s natural tendency to conform to group pressure, subtle and not-so-subtle, is exceptionally valuable in the quest for self-mastery.

Do you believe that you are thinking for yourself when you engage in self-sabotaging and self-defeating behavior?

If you don’t understand how this aspect of your mind works, then you’re leaving the door open to be unconsciously manipulated by the propagandists, media, and government, and you’re missing out on the single greatest opportunity to take back control of your life and step into your full power as a sovereign being.

On November 17th I’m hosting a powerful LIVE zoom event where I share my extraordinary personal story while demonstrating how scientists, hypnotists, mind controllers, and propagandists exploit your mind to get you to defy your own self-interests and conform to their demands. It’s going to be one of the rawest, genuine, real, and mind-blowing talks you’ve heard in a long time. Register for that HERE.