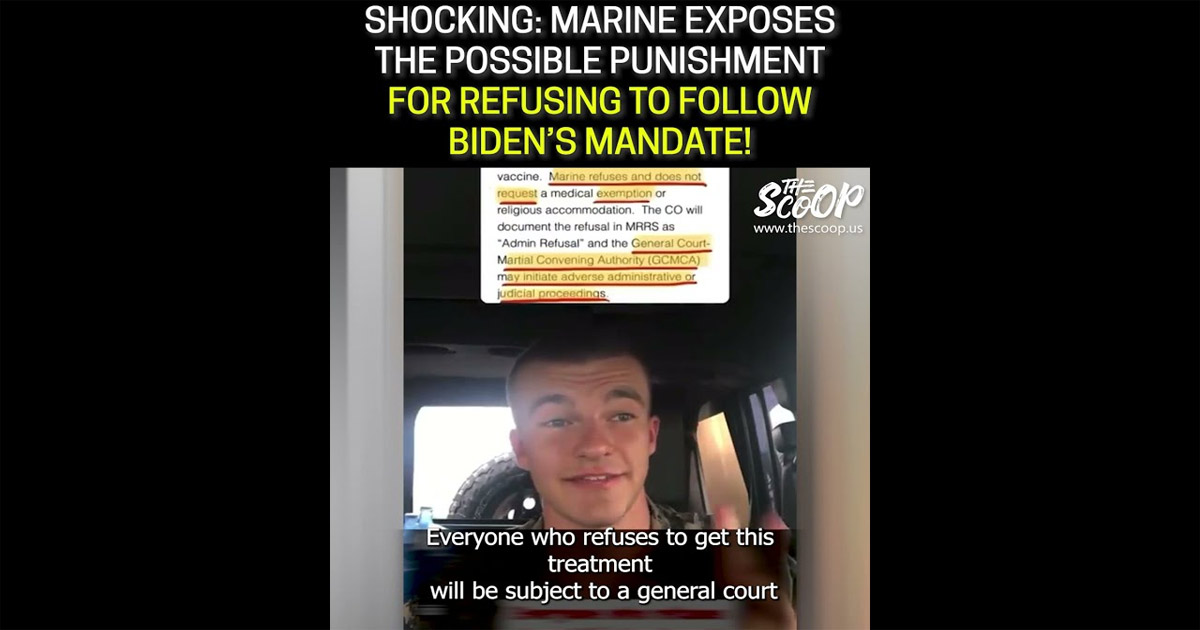 In a video guaranteed to make your stomach turn., an anonymous young man claiming to be Marine outlines the potential consequences for servicemen and women who fail to comply with Joe Biden’s dictatorial and anti-science vaccine mandate for the military.

The Marine reads through the most recent information about the COVID vaccine mandate that is publicly available on the Marines’ website, which can be found here.

According to the Marine, “there are two available exemptions, the medical exemption, and the religious exemption, both of which you can apply for.”

At this point, the Marine reveals the dark and distressing possible implications for Marines who refuse to receive the experimental mRNA shot.

“Everyone who refuses to get this treatment will be subject to a general court-martial convening authority in which they will determine your fate.”

At the conclusion of the video, the courageous Marine looks directly into the camera and issues a warning to whoever he will face during his court-martial.

“Whoever ends up presiding over my case, as I have blatantly refused to get this treatment because it’s wrong, just know I will happily die before I have this injected into my body.”

Contrary to our so-called “military leaders” such as General Milley, who is an embarrassment to the United States and a traitor, this young man is a true hero who embodies what our military is supposed to stand for FREEDOM and LIBERTY!

Meanwhile, Car Crashes, Planes Crashes, and Pilots dying in-flight all from the vaccine