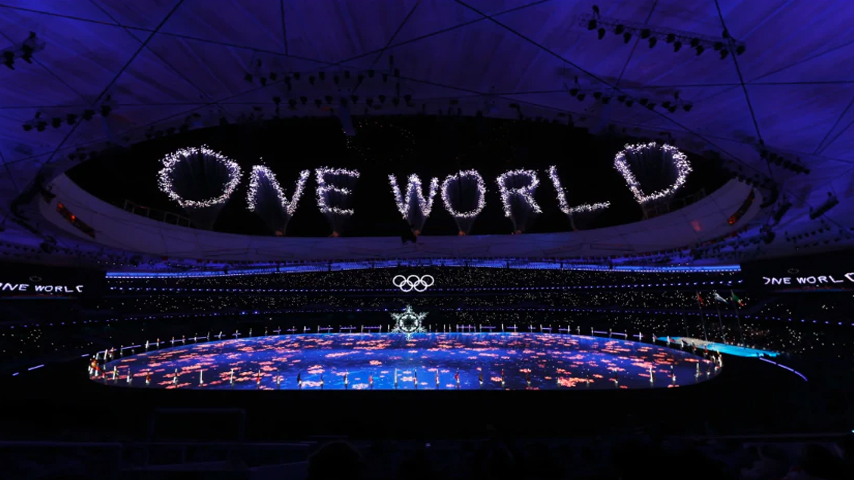 Just like they terrorized the world with the Wuhan psyop now Shanghai is setting up the example for the things to come for the entire world.

The World Bank document titled “COVID-19 STRATEGIC PREPAREDNESS AND RESPONSE PROGRAM AND PROPOSED 25 PROJECTS UNDER PHASE 1” was made available to the public on April 2, 2020.

According to this document, the expected COVID-19 Project Closing Date is March 31, 2025.

We are now two years into a five-year plan for the total destruction of the society using global plandemics, wars, economic collapse, and food shortages.

“ And ye shall hear of wars and rumours of wars: see that ye be not troubled: for all these things must come to pass, but the end is not yet.  For nation shall rise against nation, and kingdom against kingdom: and there shall be famines, and pestilences, and earthquakes, in divers places.  All these are the beginning of sorrows.” – Matthew 24: 6-8

In order to reach the five-year objectives, global medical tyranny needs to intensify.

Page 31: “Activities involving Military and Security Forces. Under Operational Policy 8.00 (Rapid Response to Crises and Emergencies), the Bank may assist “all borrower agencies and institutions” involved in an emergency response within the areas of its core competencies (e.g., support for infrastructure, public financial management, and capacity building).”

The first two years of the project were a great success: the majority of the world’s population led by the globalist-controlled governments gave up their God-given rights and turned into a mass of masked slaves injected with mRNA bioweapon.

Globalist posterchild China, a participant in Event 201, was chosen to lead the PSYOP two years ago and now is leading the next stage, foreshadowing things to come for the rest of the world.

The situation in Shanghai is scary. Reports of millions struggling to feed themselves, elderly unable to access medicine, videos of small riots breaking out circulating on social media. Many households relying on inadequate govt food deliveries. pic.twitter.com/bW1ixaTu7O

In Shanghai, the sanitary service workers politely explained to the person that it was better to stay at home during quarantine. pic.twitter.com/okjyELMFTG

This video is going viral on social media. It is not clear when it was filmed but there are numerous reports out of China killing pets, some abandoned, due to COVID.

But what about the cats?pic.twitter.com/DlX6YmNJGl

Day 22 of my Shanghai Covid lockdown

As we feared yesterday, we have new restrictions

Before we were allowed to leave our building (but not community) to get deliveries – no more; now we are not allowed out of our apartment door

How long will it take for stage two of the plandemic tyranny to hit the rest of the world?

During the short two years, the elites using the fear of the “virus”, managed to normalize the removal of civil rights and bodily autonomy.

Millions of people embrace atrocities done to them for the sake of the “greater good”, and are ready to do evil to others who dare to question The New Normal dogma.

“Woe unto them that call evil good, and good evil; that put darkness for light, and light for darkness; that put bitter for sweet, and sweet for bitter!” – Isaiah 5:20

Following the Footsteps of the Third Reich: Canada Announces Medicalized Murder of the Mentally Ill

History Repeating: the use of weaponized Psychiatry in the recent past

All they need to do is to announce a new deadly scariant of Convid or a “different pathogen” in order to start another wave of tyranny.

“And how can we forget the predictive programming documentary “Outbreak: Anatomy of a Plague” from 2010, with Canadian “Top doctor” Theresa Tam talking about tracking people with bracelets and using police and “other setups” to insure that quarantine is undertaken in the case of a Smallpox outbreak.” – Continue reading

Beijing 2022 Opening Ceremony: One World Under The Light Of Lucifer

Just like every single Olympics ceremony in the past, the opening of the 2022 Beijing Olympics was packed with occult symbolism and predictive programming.

Let’s take a look at one notable example. The snowflake is shaped in the form of a hexagon, a Star of Saturn

The torch placed in the middle of the Star of Saturn represents the Eye of Lucifer.

The snowflake also symbolizes digital control through vaccinations. Here are some interesting connections:

The entire opening ceremony symbolizes the rise of the Beast System.

Thus he said: “The fourth beast shall be the fourth kingdom on earth, which shall be different from all other kingdoms, and shall devour the whole earth, trample it and break it in pieces. – Daniel 7:23

“And when these things begin to come to pass, then look up, and lift up your heads; for your redemption draweth nigh.” – Luke 21:28