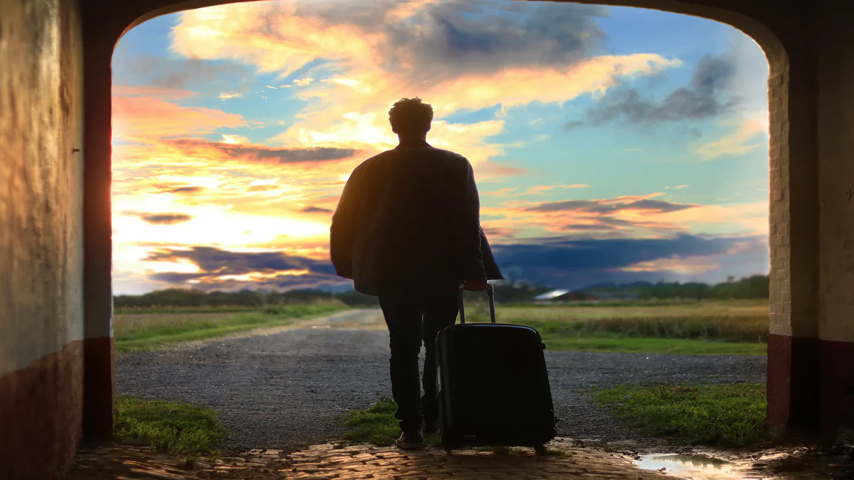 How to know for sure you’re not a false Christian

One of the most profound and thought-provoking parables Jesus told is known as the Parable of the Ten Virgins. It’s a parable about the end times. In it, Jesus illustrates the falling away of half the Church.

That’s the kind of teaching that gets your attention. Here’s the full text of the parable:

6 “And at midnight a cry was heard: ‘Behold, the bridegroom is coming; go out to meet him!’ 7 Then all those virgins arose and trimmed their lamps. 8 And the foolish said to the wise, ‘Give us some of your oil, for our lamps are going out.’ 9 But the wise answered, saying, ‘No, lest there should not be enough for us and you; but go rather to those who sell, and buy for yourselves.’ 10 And while they went to buy, the bridegroom came, and those who were ready went in with him to the wedding; and the door was shut.

13 “Watch therefore, for you know neither the day nor the hour in which the Son of Man is coming.”—Matthew 25:1-13

The ten virgins in this parable represent the Church. The bridegroom is Jesus. What Jesus is saying, very clearly, is that half of the Church won’t be prepared for the return of Jesus. Half the Church will be false. Half of the world’s “Christians” won’t be true followers of Jesus.

Maybe they will have associated themselves with Jesus, but they won’t belong to Him.

They think they know Him. But He doesn’t recognize them.

This will be common when the Rapture takes place. People who thought they should have been raptured will be left behind. Only those who have a personal relationship with Jesus will be ready for His return.

So, you might be asking, how can I be prepared? How can I know for sure? There are seven signs that you’re a true believer in Jesus.

You will have confessed with your mouth that Jesus is Lord. This is what Paul writes in Romans 10:

…if you confess with your mouth the Lord Jesus and believe in your heart that God has raised Him from the dead, you will be saved. 10 For with the heart one believes unto righteousness, and with the mouth confession is made unto salvation.—Romans 10:9-10

This confession means openly declaring that Jesus is the Lord of your life. We have to surrender our lives to Him and submit to His authority.

The passage above contains the second sign that you know Jesus.

In addition to confession, you must believe that Jesus is the only way to salvation—the only way to God the Father. One of the main heresies in the Church today is called universalism. It says it doesn’t matter what you believe or what religion you follow. You could be a Muslim, a Buddhist, an atheist or even a Satanist. Whatever you believe, all roads lead to the same path and you’re going to be saved regardless.

Has your life changed since you got saved? The life of a true believer will change after accepting Christ. Paul writes about this in 2 Corinthians:

Therefore, if anyone is in Christ, he is a new creation; old things have passed away; behold, all things have become new.—2 Corinthians 5:17

This doesn’t mean you’re perfect. It just means you’re somehow different. I got saved when I was 19 years old. Before that, I just didn’t have a conscience. I said the worst things on earth and never felt bad about anything I did. I was immoral, rebellious and had a horrible mouth.

I got saved about a week before Karen and I got married. One thing I immediately noticed is that, when I said a bad word, I felt bad about it. I would become convicted. Eventually, I stopped cursing altogether. For some people, that might seem like a small change. But it was a big deal for me—and people noticed.

Jesus said that His followers would hear God’s voice or at least sense His presence. This is what He taught when some people challenged Him in John 10:

Then the Jews surrounded Him and said to Him, “How long do You keep us in doubt? If You are the Christ, tell us plainly.”

25 Jesus answered them, “I told you, and you do not believe. The works that I do in My Father’s name, they bear witness of Me. 26 But you do not believe, because you are not of My sheep, as I said to you. 27 My sheep hear My voice, and I know them, and they follow Me. 28 And I give them eternal life, and they shall never perish; neither shall anyone snatch them out of My hand.”—John 10:24-28

The Lord speaks to us. We are His sheep, and we learn to listen for our Shepherd’s voice. What this sounds like may be different from one person to the next. Some people have had religious visions, like Paul on the way to Damascus. Others hear the audible voice of God. Some feel a distinct impression of the Holy Spirit at various times in their lives or feel God nudging them in a certain direction.

God speaks your language. He doesn’t speak to you necessarily the same way He speaks to me, but if you’re a Christian, there should be some sense of God’s voice and presence in your life.

A Christian believes he or she is saved by grace and not by works—not by being a good person. One Pew Research survey in 2017 found this:

…nearly half of U.S. Protestants today (46%) say faith alone is needed to attain salvation (a belief held by Protestant reformers in the 16th century, known in Latin as sola fide). But about half (52%) say both good deeds and faith are needed to get into heaven, a historically Catholic belief.

Remember Jesus’ percentage related to the 10 virgins? Half of them were foolish.

And half of Christians apparently believe that they can go to Heaven by being good. If that approach gets you into Heaven, then the death and resurrection of Jesus weren’t necessary.

But God, who is rich in mercy, because of His great love with which He loved us, 5 even when we were dead in trespasses, made us alive together with Christ (by grace you have been saved), 6 and raised us up together, and made us sit together in the heavenly places in Christ Jesus, 7 that in the ages to come He might show the exceeding riches of His grace in His kindness toward us in Christ Jesus. 8 For by grace you have been saved through faith, and that not of yourselves; it is the gift of God, 9 not of works, lest anyone should boast.—Ephesians 2:4-9

You’re either saved by grace or you’re not saved. Period. If you think you’re a good person and that gets you saved, well, you don’t know Jesus.

Then Jesus said to those Jews who believed Him, “If you abide in My word, you are My disciples indeed. 32 And you shall know the truth, and the truth shall make you free.”—John 8:31-32

If the truth of the Bible turns you off or embarrasses you, that’s a major warning sign. People who reject the authority of the people aren’t Christians. Do you have faith in God’s Word? Do you accept God’s Word?

A true believer in Jesus will love God’s family, the Church. Here’s what Jesus said in John 13:

1 John also speaks to this:

Those are pretty direct words. I get it: Some people are hard to love, even within the Church. God loves them, but as humans, it can be hard to have patience and grace. We’re all imperfect people. But if you’re a true Christian, you love God’s family. You have a concern and compassion for fellow believers.

You can’t disassociate your relationship with Jesus from how you treat people. You can’t treat people badly and think you’re not offending Jesus.

Prepared for His Return

The Parable of the Virgins gets my attention, and I hope it gets your attention, too. This parable is about how to prepare for the return of Jesus Christ.

It’s a heaven and hell thing. It’s the difference between being Raptured and enduring the horrors of the Tribulation.

Many of those around us may not be prepared for His return, and they will be in for a surprise. When Jesus returns, He may say, “I don’t know you.”

Don’t neglect to make sure that you are prepared. Do you know Jesus? And does He know you?

May Yahweh make His face shine on you

The timing of the Rapture and the importance of Revelation 3:10