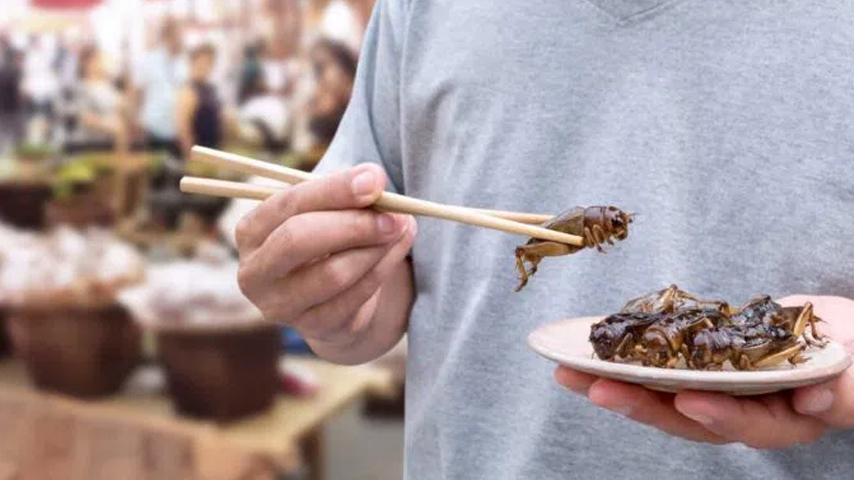 A 2019 study concluded that eating ants, grasshoppers and other insects could soon be recommended to protect against cancer.

The study found that certain insects are rich in antioxidants which are an important component for reducing the risk of cancer and helping to prevent other diseases.

The research found that some types contained more antioxidants than orange juice in a study that saw them ground down to be mixed into a drink.

Intelligent living reports: in the study that was published in the journal Frontiers in Nutrition, a group of Italian scientists from the University of Rome set out to discover the different types of invertebrates that are rich in antioxidants. They specifically tested the commercially available edible invertebrates and insects. They also checked the antioxidant levels of each of them with the help of different measures.

Before testing the samples, the scientists removed all of the inedible parts such as the wings and stingers. Then, two body parts of each of the species were extracted and tested separately.

They discovered that silkworms, grasshoppers, and crickets have the highest capacity for antioxidants. Their antioxidant levels are five-fold higher than orange juice. While giant cicadas, silkworm’s fat-soluble extracts, and African caterpillars have two-fold higher than olive oil, which is another item recommended by food scientists to reduce free radicals. They also found mealworms, black ants and grasshoppers are high in polyphenols, which are micronutrients rich in antioxidants.

At the end of the study, the scientists found that the insects that were vegetarian had much higher antioxidants compared to those of carnivores such as tarantulas and black scorpions.

“At least two billion people – a quarter of the world’s population – regularly eat insects. The rest of us will need a bit more encouragement. Edible insects are an excellent source of protein, polyunsaturated fatty acids, minerals, vitamins and fiber. But until now, nobody had compared them with classical functional foods such as olive oil or orange juice in terms of antioxidant activity.“