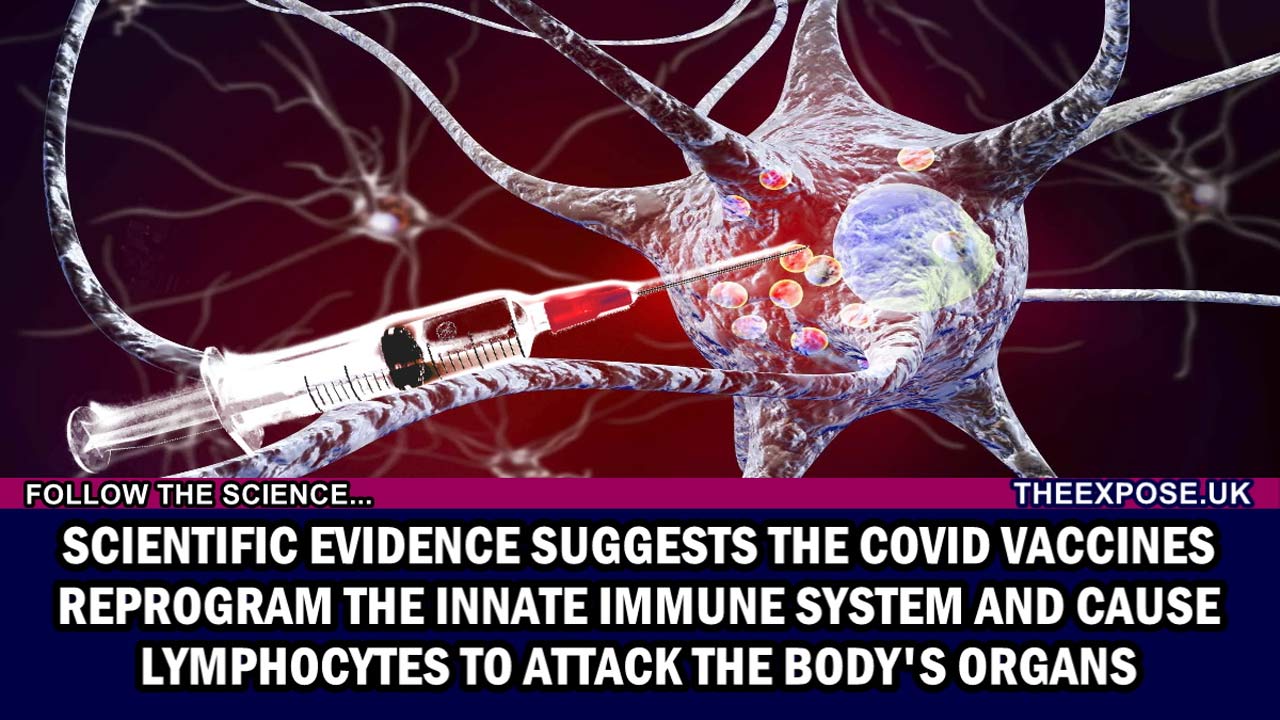 Even though mass fatalities are associated with the Covid-19 mRNA vaccines, the roll-out of this experimental treatment is still ongoing.

It doesn’t matter that both Pfizer and the FDA knew there were 1,223 deaths from the Covid vaccine in the first three months of its roll-out, the emergency use authorization still continued.

It is not only unscientific, but it is also disingenuous and amoral to classify post-vaccination fatalities as “unexplained deaths.” Pathologists and medical examiners have no choice but to investigate how these vaccines are killing certain people. Autopsies and pathological evidence show that covid vaccines induce cardiovascular damage, immune depletion, and serious autoimmune conditions.

The people in the study were all over the age of 50 and died at different intervals in the two weeks following their vaccination. After microscopically studying tissue samples of the deceased, the pathologists found something out of the ordinary, yet common among each sample.

The pathologists pinpoint the occurrence of a “lymphocyte riot” among the ten autopsied bodies. The pathologists found an obscene number of lymphocytes in several tissues, including the liver, kidneys, spleen, and uterus. The lymphocytes aggressively attacked the tissue in these organs, causing organ damage.

This autoimmune nightmare is more than likely a life-threatening consequence of the Covid-19 vaccination. Burkhardt and two other pathologists confirmed that vaccines initiated this pathogenesis for five of the ten cases studied. In two of the cases, the vaccination was ruled a “probable” cause of death. One case is yet to be evaluated, and the other two deaths are “rather coincident” or “possibly” caused by the vaccine.

A German doctor, Professor Peter Schirmacher, investigated forty autopsies of people who died within two weeks of covid-19 vaccination. He showed microscopic details of severe tissue damage caused by the vaccines; he concluded that one-third of the people died from the vaccination directly, either via cerebral vein thrombosis or autoimmune diseases.

Many of the deaths post-vaccination are not attributed back to the vaccine because lymphocytic myocarditis is rarely detected macroscopically and is not recognized histologically. Even though this health issue is occurring more frequently in the young and the old following Covid-19 vaccination, lymphocytic myocarditis is often mistaken as a general infarction and blamed on other causes.

Dr. Burkhardt explains that the most lethal vaccine side effects include autoimmune phenomena. Three extremely rare autoimmune diseases were detected among the deceased. These included Sjogren’s syndrome, leucoclasmic vasculitis of the skin, and Hashimoto’s disease. Other life-threatening adverse events include a reduction in immune system function, vascular damage, vasculitis, perivasculitis, and erythrocyte clumping.

“This may hamper the initial innate immune response against the virus, as defects in TLR7 have been shown to result in an increased susceptibility to COVID-19 in young males,” the researchers wrote. In short, the vaccinated are having critical facets of their innate immune system weakened and depleted. This immune depletion may never be linked back to the vaccine because a new variant of infection or a cancer diagnosis can always be labeled as the cause.

Burkhardt lambasted the current medical coding standards used for finalizing death certificates. He called them “completely unsuitable” and “ultimately statically worthless” because they make vague generalizations and do not refer to specific pathological evidence. How can public health officials and medical doctors make any progress on Covid-19 and effective prevention measures if the cause of death is flagrantly generalized and the pathological evidence is ignored?

UK hospital doctors are quitting in shocking numbers, leaving industry prone to “complete collapse” in less than a year