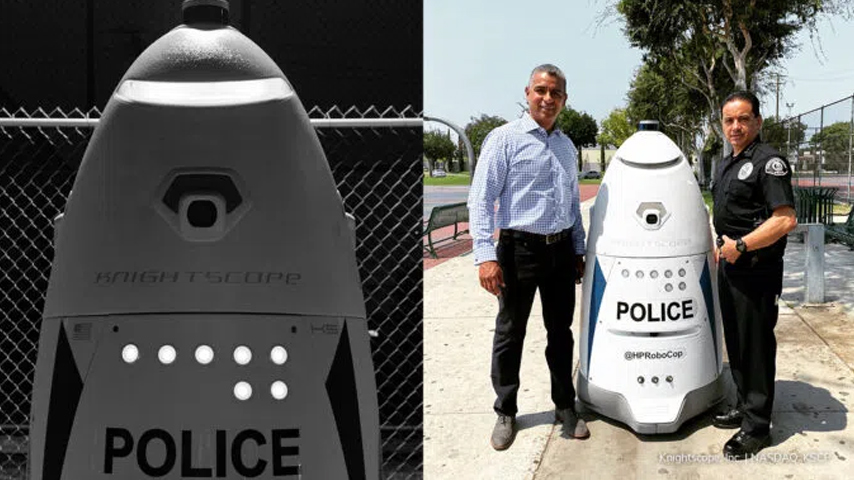 San Francisco police robots have been explicitly authorized to kill in a policy proposal that is heading for the Board of Supervisors for approval next week, as liberals continue to create the dystopian cities of 1980s Hollywood movies.

The SFPD has 17 robots in its arsenal, 12 of which are fully functional. According to police spokesperson Officer Robert Rueca, they have never been used to attack anyone, however, that is set to change with the new proposal. The robots are generally used to investigate and defuse potential bombs or to surveil areas too dangerous for human officers.

And, in some circumstances, they can be used to kill.

“We are living in a dystopian future, where we debate whether the police may use robots to execute citizens without a trial, jury, or judge,” said Tifanei Moyer, senior staff attorney at the Lawyers’ Committee for Civil Rights of the San Francisco Bay Area. Moyer leads the organization’s work on police misconduct and militarization.

“This is not normal,” she wrote over email. “No legal professional or ordinary resident should carry on as if it is normal.”

Mission Local report: New policies on the use of military weapons by local police forces are currently being drafted and approved across California thanks to a state law called AB 481, which passed last year. Figuring out the force options of robots is one small part of the law’s remit.

The law mandates that every police force in California must annually report it’s stock of all military-style weapons, their cost, how they can be used, and how they were deployed in the prior year. The law gives local authorities – in San Francisco’s case, the Board of Supervisors – the ability to annually reject or accept the rules governing how the weapons are used.

The Board will also be required to sign off on any new military-style equipment before purchase, although the police will be able to replace any existing equipment up to a value of $10 million without approval.