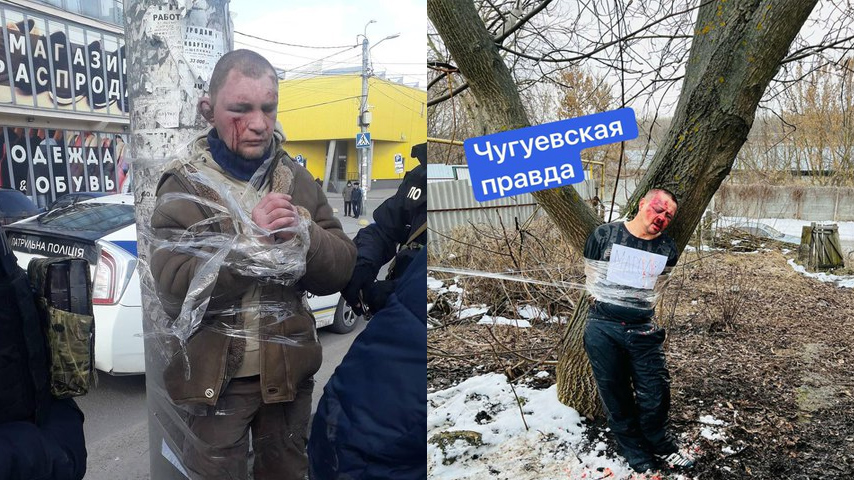 We don't know the actual reasons or for how long they are punished. It is clearly against any human rights conventions. There is no excuse for this. pic.twitter.com/EnyCQkRCgt

Ukraine, abuses and tortures to civilians labelled as "marauders" are widespread all over government controlled areas. Paramilitary, National guard, civilians. All participants of a crime against human rights. Men, women and even kids are punished. pic.twitter.com/uj1AVSzKUB

1. War is HELL, especially on civilians caught in the middle of it.

But if you consider the attacks and humiliations that the Donbas area’s Russian-speaking Ukrainians have endured since 2014, it is understandable why Putin responded and these people voted for their own independent state. Over 14,000 killings have resulted during that time, about 80% of them were Russian speaking Ukrainians.

2. If people had any inkling of the atrocities committed by Ukrainians on ethnic Russians in the eastern provinces, they might have a different view of this war. But that would require them to get some history from other sources than the corporate media, which is unlikely.

3. Without any context, we can know for a fact this is public humiliation – and we can see it done by soldiers. Why would soldiers humiliate civilians? Because they want to exhibit them as not criminals (in which case they would be put on trial) but ‘on the wrong side’.

4. Blame the World Economic Forum globalist predator technocrats who are pitting both sides against each other to bring about death, chaos, destruction of food and fuel supplies so they can swoop in and implement their digital central bank control system of TOTAL SLAVERY. Then blame all the toadies ‘ONLY FOLLOWING ORDERS’ down the chain of command who enable this most evil CRIME AGAINST HUMANITY ON EVERY LEVEL!

5. How can this be stopped? I feel sick in my spirit to see this. Who can we be angry at? The forces which brought us to this, the ones of us who are doing these things, are who to be angry at. But the ones doing them have to be stopped now. Then their masters. Celia, your bravery in bringing this horrendous truth is estimable. Thank you.