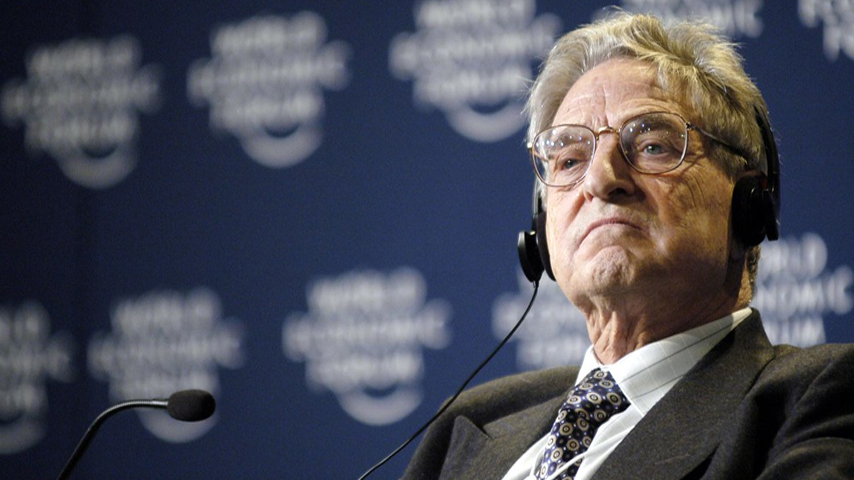 In a recent article, the Russian think tank “RUSSTRAT – Institute for Political and Economic Strategies” commented on the machinations of US speculator George Soros in Ukraine. It is believed that Soros is part of the US secret service, driving coups and the “Great Reset”. Ukraine is serving as a “torpedo against Moscow,” according to Soros himself because Moscow is standing in the way of the New World Order clique.

In Ukraine, Soros is expected to be the main beneficiary of the selloff of Russian assets, RUSSTRAT reported. Soros, through his “viceroy” oligarch Tomasz Fiala, CEO and founder of Dragon Capital, acquired 350 000 square meters of commercial real estate in Ukraine through joint funds in 2016-2018 alone. With investments of up to $400 million, Dragon Capital has become the largest buyer of real estate and media assets on the Ukrainian market. Soros will take control of the communications system if Russia loses the war.

“We need Ukraine as a torpedo in the war with Russia. We don’t give a damn about the fate of the citizens of this country,” Soros once said, according to the portal. Soros told the British Guardian in 2019, that when President Vladimir Zelensky was elected president, Ukraine was bound to become his best project. Ukraine had seen a number of revolutions, and none had been successful, but the last election had been “free and fair”.

“Take a country like Ukraine: it had a number of revolutions, and they each failed, and now you had a free and fair election,” the billionaire opined. Not surprisingly, Soros has become one of the biggest donors to Democrat causes and candidates in the US.

According to RUSSTRAT, the conclusion of the Russian special operation will not only be a victory over the Kiev regime, but a Russian victory would also be a blow to Klaus Schwab’s Great Reset plan. This will wreak havoc with the globalists and Soros because for decades he has turned the former Soviet republic into a springboard for a fight with his main enemy who does not fit into the “New World Order”. George Soros has never concealed that “his main enemy is in Moscow“. He had already made corresponding statements in 2014.

The commentary also referenced statements by Zbigniew Brzezinski, former national security adviser to the 39th US President Jimmy Carter, who highlighted Ukraine as a linchpin for both US and Russian interests. “Without Ukraine, Russia is not a great power,” Brzezinski believed.

In his book, Brzezinski noted the following: “Without Ukraine, Russia is no longer a Eurasian empire […] From this perspective, Ukraine’s secession represented a key loss, drastically curtailing Russia’s geostrategic options.” Brzezinski, who died in 2017, was a strong proponent of NATO’s eastward expansion to challenge Russia’s dominant position on the Black Sea.

According to the view of RUSSTRAT, the Russian special operation in Ukraine now also thwarted the plans of the speculator and the founder of the Agency for the Modernization of Ukraine (AMU) Bernard-Henri Levy and his British co-investors, the owners of the transnational corporation producing gene-products of the Monsanto Company and many other “businessmen” whom Soros and Levy promised the grand prize – “a new Russia without Putin” in exchange for cash injections in “saving democracy in Ukraine”. Levy described the cash injections as “the Marshall plan for Ukraine” at the time, but his organization stands to lose a great deal if Russia wins the war.

According to the report, Soros also invested a lot of money in various funds operating in Ukraine – using the same tactics as in Russia in the 1990s.

Falsification of history and new curricula

In 2015, Russian scientists received $500 grants (two years’ salary) to rewrite history books and school curricula. At the time, Soros stated that it would take about 25 years, i.e. a generation, to create a project as successful as Ukraine. In addition to distorting the history of Russian-Ukrainian relations and denigrating the past and present of the Russian state, the foundation has successfully promoted “European values ​​and democracy” among young people.

AMU described their project as showing “that Ukraine and Europe are united. It is commonly discussed: Either Ukraine is in Europe or not. Ukraine was and will be in Europe. And we see at what price Ukraine reaffirms its position”.

RUSSTRAT summarized their position: “The result: the Maidan and the unleashing of the genocide in Donbass.”

Soros is described as a “bloodthirsty investor” who sponsored the Yugoslav opposition that later persecuted Slobodan Milosevic (President of Yugoslavia 1987-2000). He did the same with the “Orange Revolution” and the “Euromaidan” in Ukraine and the “Rose Revolution” in Georgia.

In 2018, British politician Nigel Farage described Soros as the “primary threat to the entire western world”. According to Farage, Soros wants to fundamentally reduce Europe’s white population and end the continent’s Christian culture. In the same vein, Turkish President Erdogan accused the billionaire of wanting to destroy and divide nations. Soros is also blamed for the 2013 protests in Gezi Park in Istanbul. The Soros Foundation has since withdrawn from Turkey.

Europe must not succumb to the Soros network, Hungarian Prime Minister Viktor Orbán warned in an English-language post on his official website in 2020. The prime minister called Soros an “economic criminal” because his financial speculation had ruined the lives of millions of people, while the financier had held national economies to ransom.

In Italy, Matteo Salvini warned that Soros wanted the country “to become a giant refugee camp because he likes slaves”.

The US political scientist Sergei Sudakov, the corresponding member of the Academy of Military Sciences of the Russian Federation, is quoted in the RUSSTRAT article. Sudakov maintains that Soros is an integral part of the American secret service. He spoke of the “Soros Collective”, an axis between the speculator, the US State Department and US intelligence agencies, which provide information for the development of his plans and actions. There is not a single conflict in which the Soros Foundation has not participated. For that reason, it has been banned in Russia.

In Belarus, the activities of Soros foundations have been banned since 1997, in Russia since 2015. But in Ukraine, after the Euromaidan, Soros structures experienced a real renaissance.

According to an article published in 2020 by the Russian internet platform inoSMI, regarding the allegations that he was provoking financial crises in Thailand, Indonesia, Malaysia, Japan and Russia, Soros said: “You are not fooling me. I only earn money there. I cannot and do not want to look at the social consequences of my actions. I try to do the right thing, but sometimes my actions lead to negative consequences, like in Russia. As a market player, I have to compete to win.”

Azerbaijani political scientist Zaur Rasulzade wrote in 2020: “Wherever his people turned up, the riots began, coups were attempted, and often succeeded”. Soros’ capital grows immeasurably as everything is geared towards controlling the highly profitable sectors of the conquered countries’ economies.

Zelensky Is The New Fauci

The Next Step For The World Economic Forum