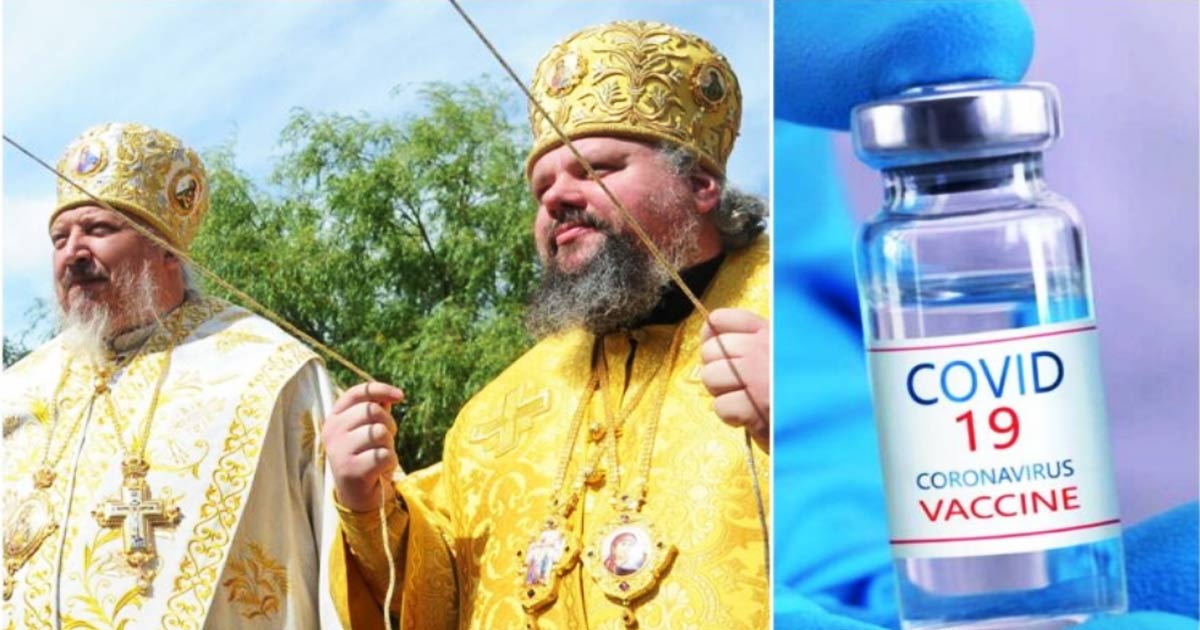 The Russian Orthodox Church is claiming that it is a “sin” to deny the experimental COVID-19 vaccine, putting the experimental jab on the same level of a holy sacrament, and saying that those who refuse must spend their lives in repentance.

This is just another example of modern Christianity’s complete inability to fight back against the globalist technocracy.

“They come and say, ‘How am I supposed to live with this now?’ And it’s hard for even me to say how to live with it,” he explained. “All your life, you have to make up for the sin you committed,” said Metropolitan Hilarion, who serves as the Russia Orthodox Church’s Department for External Church Relations, to the television channel, Russia 24.

American Convertodox who worshipn Russia: the vaccine is the mark of the Beast. Rome promoting it shows they are in error

Meanwhile the Russian church: being anti Vax is a sin and one must repent life long if they don't get ithttps://t.co/9V5wGF3zM2

The Russian Orthodox Church stopped short at advocating for mandatory vaccines but stressed that they are very much behind the vaccine regime that is being pushed by the globalists.

“Of course, it is desirable to observe the principle of voluntariness in relation to vaccinations – the principle that was stated from the very beginning,” Hilarion explained. “But there is also the principle of people’s responsibility for the lives of other people.”

Big League Politics has reported on how globalist technocrats are exploiting COVID-19 mass hysteria to attack Christianity and bring ruin to Christ’s church:

“The lawyer for two Chicago churches has reported that city officials informed his clients that they would consider bulldozing their facilities if they do not comply with COVID-19 edicts.

Matt Staver, the founder and chairman of Liberty Counsel, said on Wednesday that the city is classifying his clients as “public nuisances.” He said they were issued a letter declaring that the city “has the power and duty to cause all nuisances affecting the health of the public to be abated.” The letter threatened a “summary abatement,” which would mean the destruction of the facilities without due process.

Staver said during an appearance on the “Todd Starnes Radio Show” that he is seeking an emergency injunction and hopes to take the case to the Supreme Court. The motion for the injunction is headed to the desk of SCOTUS Justice Brett Kavanaugh right now.

Rev. Cristian Ionescu, one of the pastors being represented in this case, also told Starnes that he has received citations from the city for violating COVID-19 policies. Metro Praise International’s Pastor Joe Wyrostek reported receiving the “summary abatement” threatening his facility with destruction if he holds a service with more than 10 people.

“We are very disappointed with all of this, including not being considered as essential in the beginning, as a church,” Wyrostek said to NBC Chicago.

Even as violent crime spikes, Chicago city officials use limited police forces to snoop on churches and enforce shutdown mandates in Christian places of worship. This is part of a nationwide trend of left-wing government bureaucrats using the COVID-19 pandemic as an excuse to attack Christianity.”

Sadly, only a very small minority of Christians have attempted to fight back against COVID-19 overreach. The Russian Orthodox Church can be added to the list of the groups that have failed believers in Christ when they needed them the most.