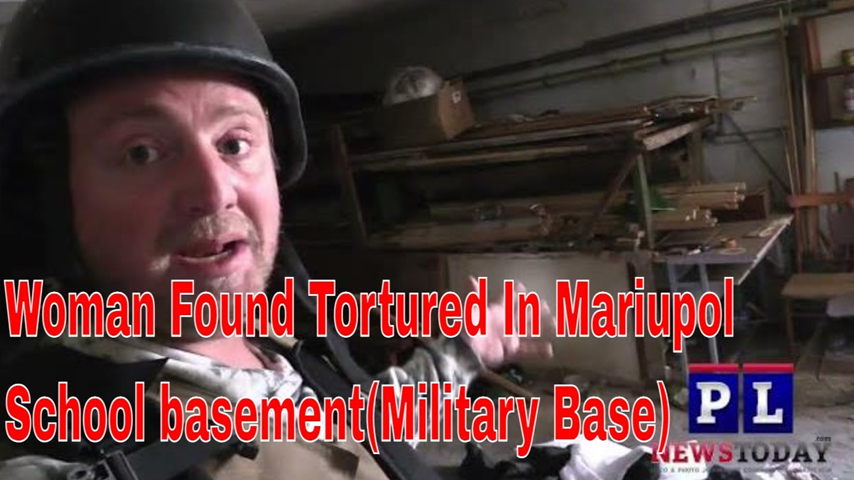 Day after day, we discover more videos of atrocities committed by the Azov Nazis in Ukraine. How can this be true… The MSM said Ukraine is filled with nothing but heroes…

Forces of the Donetsk People’s Republic (DPR), with support from Russian troops, are currently fighting remnants of the Azov nationalist battalion in Mariupol.

The DPR has already seized control of the city’s suburbs and reportedly found a black site prison belonging to the nationalists at the airport.

The bodies of victims of Ukrainian nationalists have been found in the basements of buildings in Mariupol, some of them severely mutilated, the Russian Defence Ministry has reported.

The ministry clarified that the basements were previously occupied by Ukrainian nationalist forces.” Corpses of civilians were found with signs of inhuman torture.

Neo-Nazi symbols and swastikas were carved on their bodies”, the ministry said. The head of the Russian National Defence Control Centre, Mikhail Mizintsev, further said that some of the civilians rescued from Mariupol have shared stories about neo-Nazi fighters throwing grenades into basements filled with women and children.

Difficult to imagine what horrors that poor woman suffered before they killed her and desecrated her corpse just horrific. The world must know the truth.

Here is the origin video, but it can only be watched on Youtube:

Mizintsev also reported that members of the Azov nationalist battalion had shelled civilians trying to withdraw cash from ATMs or trying to get humanitarian aid, using mortars installed on various vehicles.

He said that these attacks claimed the lives of thee and left 10 more injured. The Defence Ministry’s report comes as forces of the Donetsk People’s Republic (DPR), together with Russian troops, are clearing Mariupol of the remaining forces of Ukraine’s Azov nationalist battalion.

When will the media acknowledge these evil acts?

Ru troops captured in different areas of Ukraine are not treated the same. UA has already announced Ru MLRS and artillery units will be given no quarter and same with besieged areas. They will not care for Russian soldiers while their civilians lay dead in the streets+they starve pic.twitter.com/GHum1eOd7j