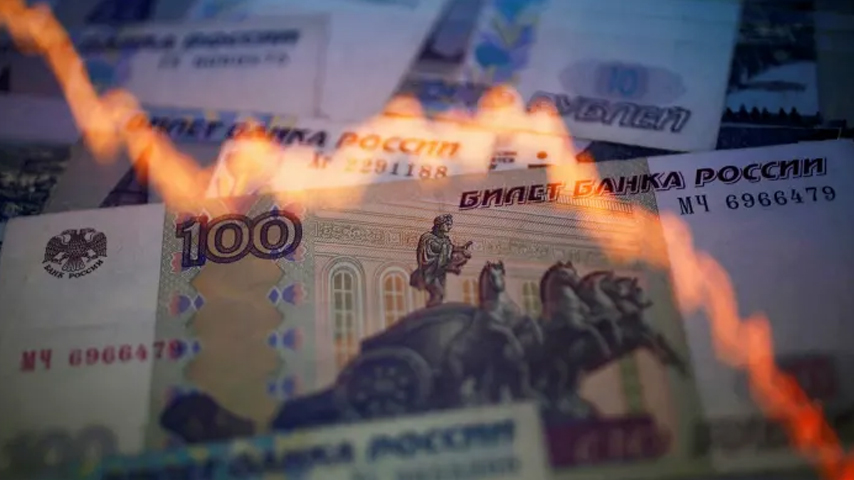 More than two decades ago, on August 17, 1998, Russia defaulted on its debt and devalued the ruble, sparking a political crisis that culminated with Vladimir Putin replacing Boris Yeltsin and which also eventually resulted in the spectacular implosion of a then little known hedge fund called Long Term Capital Management (which was staffed to the gills with “brilliant” Nobel prize winners) which after receiving a Fed-led Wall Street bailout, ushered in the era of too big to fail.

We bring this up because in just a few hours, Russia will be in another technical default.

Amid the flurry of capital controls imposed by Moscow today, the Russian central bank banned coupon payments to foreign owners of ruble bonds known as OFZs in what it said was a temporary step to shore up markets in the wake of international sanctions. What it really is, is a technical default on upcoming interest and maturity payments, with a trigger due as soon as tomorrow.

The Bank of Russia issued the instruction to depositaries and registries as part of a raft of measures announced this week that included a freeze on local security sales by foreigners. It could leave foreign investors who held almost 3 trillion rubles ($29 billion) in the debt at the start of February unable to collect income on their holdings, which are already blocked from sale by restrictions.

“Issuers have the right to make decisions on the payment of dividends and the making of other payments on securities and transfer them to the accounting system,” the central bank said in an emailed reply to questions. “However, the payments themselves will not be made by depositories and registrars to foreign clients. This also applies to OFZ.”

The decision by the central bank was taken to “avoid mass sales of Russian securities, the withdrawal of funds from the Russian financial market and to support financial stability,” it said.

With as much as half of its foreign reserves frozen abroad by sanctions aimed at punishing the Kremlin for invading Ukraine, the Bank of Russia said Monday it would harden capital controls with a ban on transferring foreign currency abroad. While initially, it clarified that the step wasn’t aimed at stopping the servicing of debt, some investors and economists said the phrasing of the decree could amount to a default.

“Game over? I think they underestimated how far sanctions will go and now don’t have much left to do,” Viktor Szabo, a fund manager at Aberdeen Asset Management in London told Bloomberg. “All Russian markets have fallen apart.”

“This will likely be a technical default, we’ll see how long it goes on for,” said Nick Eisinger, co-head of emerging-markets active fixed income at Vanguard Asset Management in London. “We also see a strong likelihood of technical default on Eurobonds at the sovereign level.”

The central bank didn’t specify how long the ban will last. On Monday, the Interfax news service reported the temporary suspension will be in effect for half a year unless the regulator lifts it ahead of time. The decision underscored how rapidly Russia’s free-market credentials have disintegrated since the Ukraine invasion.

But it won’t matter: just one ban day will be enough to push Russia into a technical default – the next coupon payment on OFZ bonds is due Wednesday on notes maturing in 2024, according to Bloomberg.

The news came shortly after we learned that the world’s biggest settlement systems Euroclear and Clearstream are no longer handling Russian assets — reversing the much-heralded opening of the local debt market to international investors nine years ago.

Russian sovereign bonds collapsed last week, sending the yield on the 10-year benchmark up 240 basis points to 12.28%. The ruble’s drop of more than 20% so far this year is the worst slump globally, prices compiled by Bloomberg show.

“A potentially weaker willingness on the part of the Russian government to service its debt on time and in full, raise the probability of more severe credit outcomes for foreign holders of Russian debt securities,” Moody’s Investors Service said in a statement.

And while Russia is about to re-default – something it certainly has experience with – its economy devastated yet rich in natural resources, the question is how the US will handle the brutal, new reality where oil is now virtually assured to hit $150 if not $200 at a time when the main US output is hyperfinancialization, with the value of financial assets at last check some 6.3x times greater than GDP.

For the answer, please reread “Shades Of 2008 As Oil Decouples From Everything.”