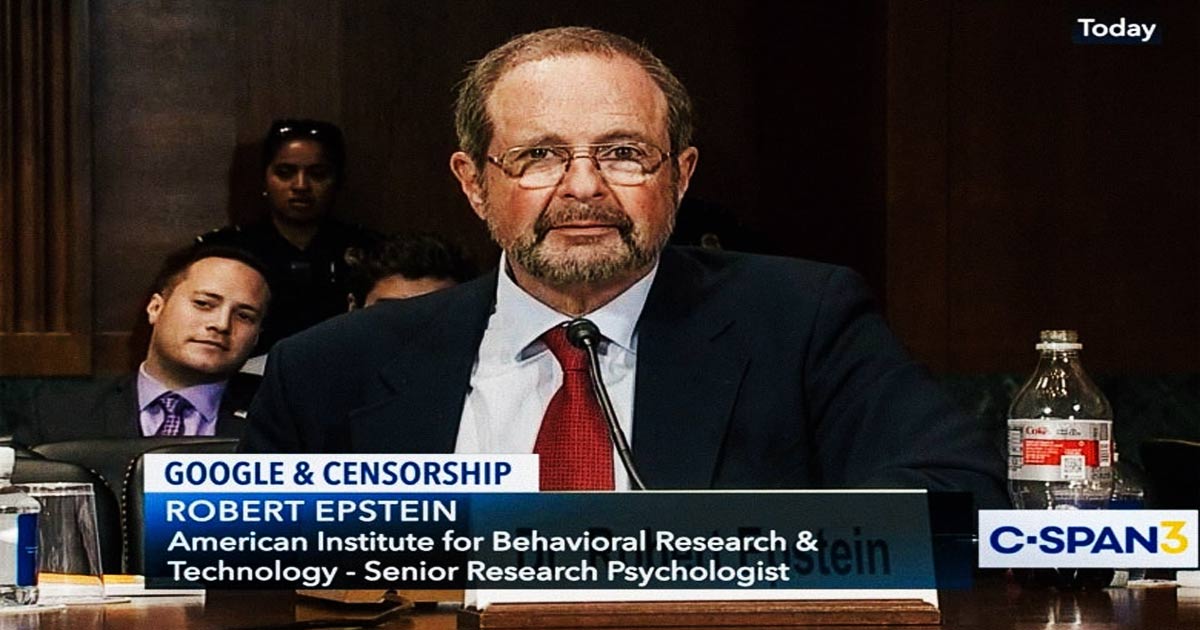 Dr. Robert Epstein discusses his groundbreaking work confirming President Eisenhower’s prophetic speech in his 1961 farewell address warning of the rise of a technological elite that could rule the government in an undetectable fashion, what some call friendly fascism, totalitarian democracy, technocracy, or unseen dictatorship. His research demonstrates how Google and Big Tech can invisibly shift tens of millions of votes in elections in the U.S. and around the world. He fears for his own personal safety because of the power that Google not only wields but exercises. He thinks 2020 will be a turning point which will determine whether nations retain their democracies or whether we’ll see a sweep of candidates put in office by Big Tech companies that could lead us toward a Chinese-style dystopian system shaped by “social credits” or other such totalitarian elements.

Your Face Is Now A Weapon Of War