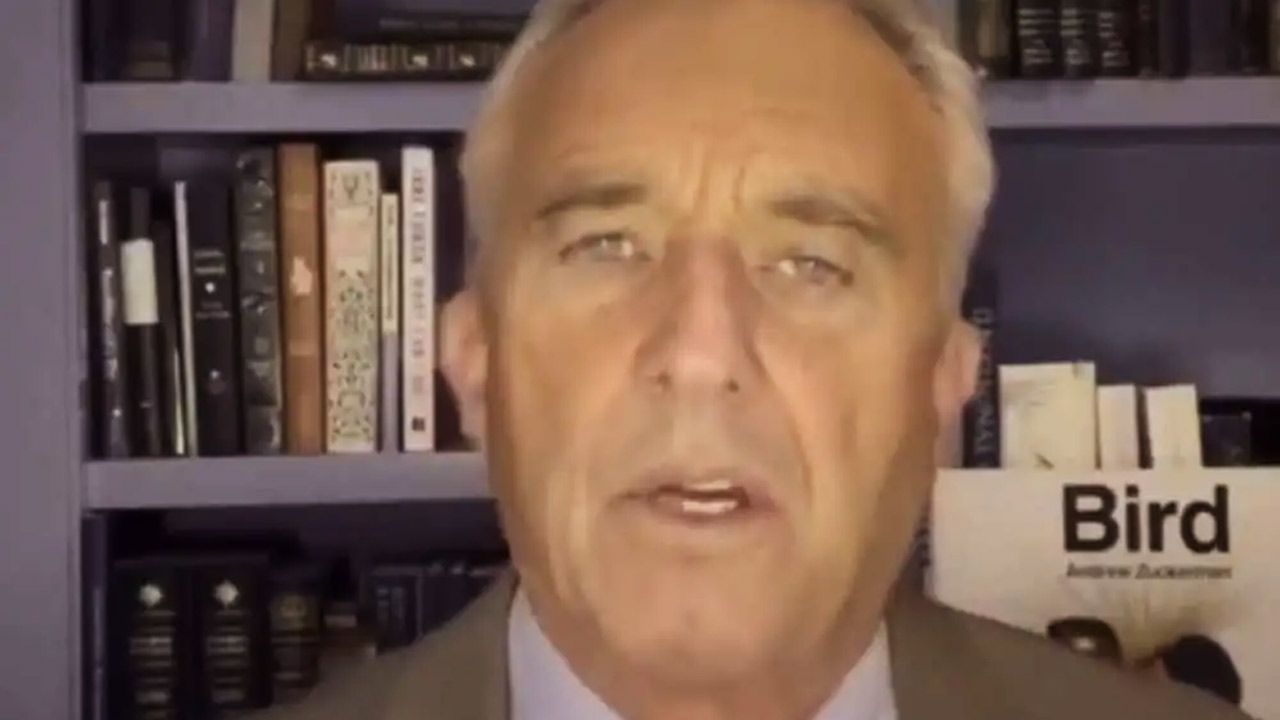 Robert F. Kennedy Jr. comes from a long line of quotable politicians. But nothing a Kennedy has ever said is more important or wise than what RFK Jr. said in the video below.

“Every power that government acquires using this pandemic as a pretense, it will ultimately abuse to the maximum effect possible,” he said. “And this is just a rule that is certain as gravity.”

Generally, we will track down the source of a quote and isolate the video so we have the full context. This series of quotes was already so potent in its current form that discovering context became secondary. I’ll find it, but I didn’t want to delay in getting these important messages out.

“Nobody has ever complied their way out of totalitarianism,” he continued. “Every time you comply, the demands will get greater and greater. We need to resolve here and now, ‘This is the hill that we need to die on.’”

It’s in his next statement that I found myself physically nodding my head vehemently even though nobody was in the room to see me do it. That’s how straightforward and accurate RFK Jr’s words are.

“There has never been a government in history that has told its people, ‘We are going to demand that children sacrifice themselves and take risks to save old people,’” he reminded. “It’s always the other way around. The old, the mature, the adult, always put themselves at risk to protect their children. This is an ethical issue. It’s a moral issue. It’s an issue of character for each of us. And it’s an issue of the preservation of democracy and public health.

“We all need to stand up now and do everything that we can to block these powerplays by authoritarian powers within our society that are trying to steal from us, the health of our children.”

This is a video that is not just worth sharing. It’s worth memorizing and quoting as we push forward against the rising totalitarianism sweeping across the nation and around the globe.

Too Few Are Telling the Truth

Not long ago, conservative media was not beholden to anyone. Today, most sites are stuck on the Big Tech gravy train.

I’ll keep this short. The rise of Pandemic Panic Theater, massive voter fraud, and other “taboo” topics have neutered a majority of conservative news sites. You’ll notice they are very careful about what topics they tackle. Sure, they’ll attack Critical Race Theory, Antifa, and the Biden-Harris regime, but you won’t see them going after George Soros, Bill Gates, the World Economic Forum, or the Deep State, among others.

The reason is simple. They are beholden to Big Tech, and Big Tech doesn’t allow certain topics to be discussed or they’ll cut you off. Far too many conservative news outlets rely on Google, Facebook, and Twitter for the bulk of their traffic. They depend on big checks from Google ads to keep the sites running. I don’t necessarily hold it against them. We all do what we need to do to survive. I just wish more would do like we have, which is to cut out Big Tech altogether.

We don’t get Google checks. We don’t have Facebook or Twitter buttons on our stories. We don’t have a YouTube Channel (banned), an Instagram profile (never made one), or a TikTok (no thanks, CCO). We’re not perfect, but we’re doing everything we can to not owe anything to anyone… other than our readers. We owe YOU the truth. We owe YOU the facts that others won’t reveal about topics that others won’t tackle. And we owe America, this great land that allows us to take hold of these opportunities.

As I said, I don’t hold other conservative sites under too much scrutiny over their choices. It’s easy for people to point fingers when we’re not the ones paying their bills or supporting their families. I just wish there were more who would break away. Today, only a handful of other major conservative news outlets have broken away from the Big Tech teat. Of course, we need help.

The best way you can help us grow and continue to bring proper news and opinions to the people is by donating. We appreciate everything, whether a dollar or $10,000. Anything brings us closer to a point of stability when we can hire writers, editors, and support staff to make the America First message louder. Our Giving Fuel page makes it easy to donate one-time or monthly. Alternatively, you can donate through PayPal or Bitcoin as well. Bitcoin: 3A1ELVhGgrwrypwTJhPwnaTVGmuqyQrMB8

Our network is currently comprised of nine sites:

We are also building partnerships with great conservative sites like The Liberty Daily and The Epoch Times to advance the message as loudly as possible, and we’re always looking for others with which to partner.

Also, we could use contributions of content. If you write or want to start writing and you share our patriotic, conservative, America First ideology, contact us. The contact form on this and all pages on the site go directly to me.

Some of our content is spread across multiple sites. Other pieces of content are unique. We write most of what we post but we also draw from those willing to allow us to share their quality articles, videos, and podcasts. We collect the best content from fellow conservative sites that give us permission to republish them. We’re not ego-driven; I’d much rather post a properly attributed story written by experts like Dr. Joseph Mercola or Natural News than rewrite it like so many outlets like to do. We’re not here to take credit. We’re here to spread the truth.

While donations are the best way to help, you can also support us by buying through our sponsors:

We know we could make a lot more money if we sold out like so many “conservative” publications out there. You won’t find Google ads on our site for a reason. Yes, they’re lucrative, but I don’t like getting paid by minions of Satan (I don’t like Google very much if you couldn’t tell).

Time is short. As the world spirals towards The Great Reset, the need for truthful journalism has never been greater. But in these times, we need as many conservative media voices as possible. Please help keep the NOQ Report and the other sites in the network going. Our promise is this: We will never sell out America. If that means we’re going to struggle for a while or even indefinitely, so be it. Integrity first. Truth first. America first.