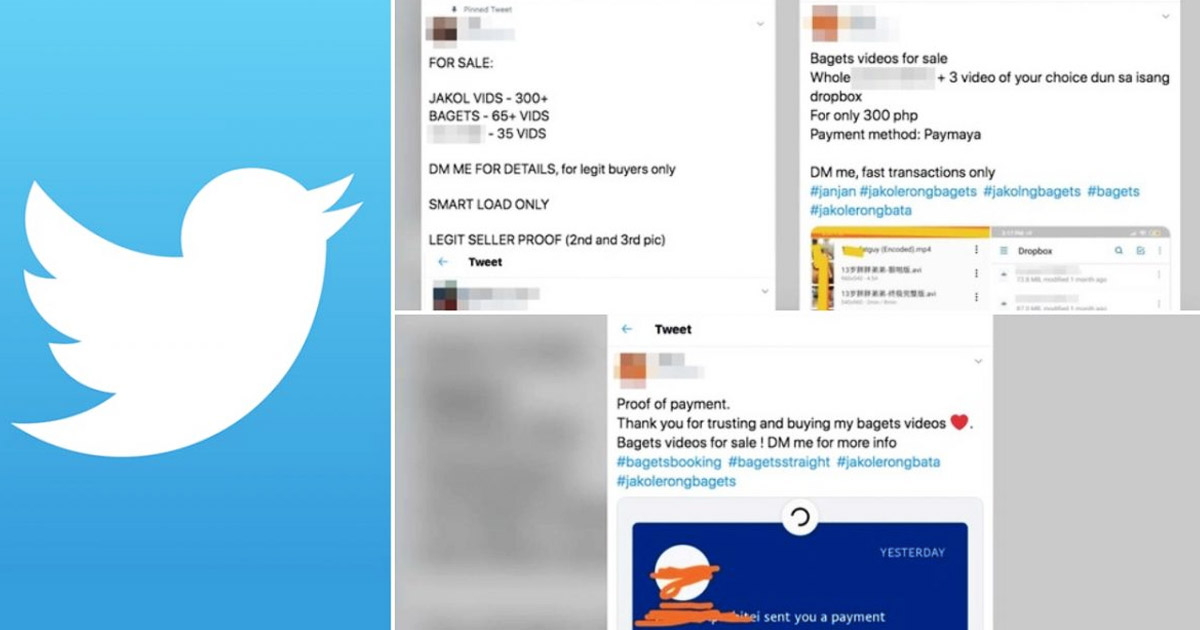 An exposé by Rappler has shown the extent to which Twitter is fueling the global child pornography industry.

Gavilan used an example of a video from the Philippines featuring a young boy having his genitals touched on camera. It was shown on Twitter in a teaser video with 300 pesos needed to see the entire child rape video, according to the exposé.

Child pornography is openly spread over Twitter through various hashtags and code words. One term frequently used is “bagets,” which is a euphemism used to refer to young people. Other times they are tagged as “Kiddie Meals” or “SHS” meaning senior high school students.

Rappler uncovered at least eight different accounts on Twitter that were openly selling or trading child pornography on the platform. Examples of videos advertised on the platform include an explicit picture of young boys having sex and young boy being viciously molested by an older man.

Other accounts sell “experiences” with young children, indicating that Twitter may be a child sex trafficking network as well. One account allows customers to buy cybersex experiences with children. This is particularly prevalent in the Philippines, where the exploitation of children is a massive problem.

“Even though there is commendable progress in tackling child sexual exploitation in the country…there have been nonetheless only limited attempts to document and measure the exploitation of children,” said Sheila Estabillo, who leads the Plan International Philippines’ Cyber Safe Spaces Project, to Rappler.

Big League Politics has reported on how Twitter modified their terms of service to allow pedophiles to network on their platform and discuss their attraction to children in graphic terms:

Social media giant Twitter has quietly amended their terms of service to allow for “discussions related to… attraction towards minors” to be allowed on their platform.

Twitter allow noted that they would allow for nude depictions of children on their platform in certain instances.

“Artistic depictions of nude minors in a non-sexualized context or setting may be permitted in a limited number of scenarios e.g., works by internationally renowned artists that feature minors,” they added.

Twitter’s pro-pedo policy may have been implemented at the behest of Dr. James Cantor, who describes himself as a proud Jewish homosexual. Cantor is a leading researcher and advocate for pedophiles, who he refers to as minor-attracted persons.

Cantor wrote a letter in Jan. 2018 to John Starr, who works as Director of Trust and Safety with Twitter, with other university academics. The letter urged Twitter to allow pedophiles to network and discuss their attraction to children on the monolithic social media platform…

While conservatives, libertarians and Trump supporters regularly get booted from Twitter for constitutionally-protected speech, Twitter actively harbors pedophiles and their enablers. Big Brother is not looking out for the sanctity of the children.

The pro-pedo agenda is being pushed forward by Big Tech entities, as soulless reprobates get ready to add the P to the LGBT acronym.

Russian intelligence officer: ‘Putin only has three years to live’