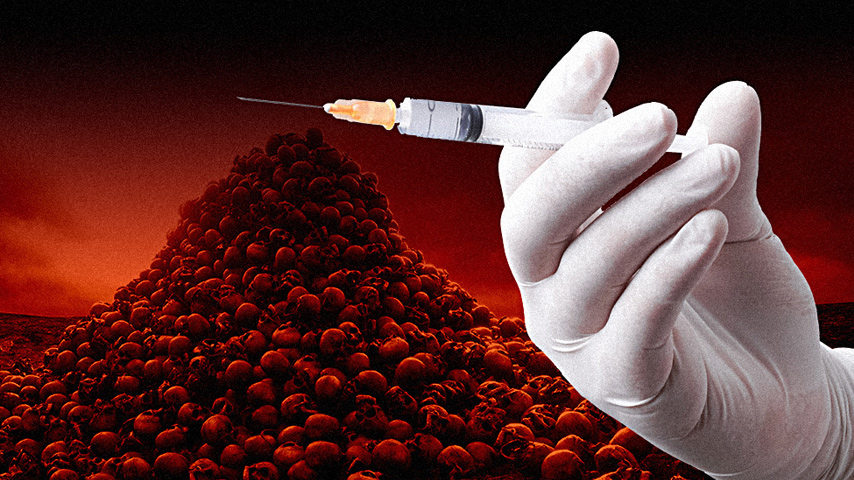 A September 2021 report by David John Sorensen and Dr. Vladimir Zelenko raised the possibility that millions have died or suffered from serious side effects and adverse events because of the “experimental mRNA gene therapy” known as COVID-19 vaccines.

In the report, Sorensen and Zelenko highlighted disturbing vaccination trends through their analysis of publicly available data. Both experts claim that the damage is so severe that it can be considered “genocide.”‘

Sorensen and Zelenko focused their report on data from the U.S., but they believe the worrying trends can also apply to other countries since most of them share similar “systems of corruption” that approved the mass circulation of the same vaccines.

Here are some of the issues brought up in the report:

Because of the COVID-19 pandemic, the world will never forget that a never-before-used-in-humans pharmaceutical gene technology known as mRNA technology went from “investigational,” which can also be considered “experimental,” according to the Food and Drug Administration (FDA), to “FDA-approved” after only several weeks.

The vaccines were approved after only a matter of weeks and after only months of clinical research. In contrast, other vaccines were studied for at least several years before being approved for public use. (Related: Pfizer’s COVID vaccine causes miscarriages, and stillbirths.)

This highlights the fact that just because a vaccine is FDA-approved doesn’t mean it is always “safe and effective.”

In fact, at least dozens of drugs had to be pulled off the market years or even decades after being “fully approved” because of new data that revealed how these drugs caused injuries, illnesses and deaths. Despite the undeniable proof that the vaccines cause more harm than good, mainstream media and government officials continue to lie about the safety of vaccination against COVID-19.

When former President Barack Obama delivered a keynote address at Stanford University on April 21, he claimed that even though billions of people worldwide have “essentially clinically tested the vaccine,” at least one in five Americans is still “going to put themselves at risk and put their families at risk rather than get vaccinated.”

But when has health freedom ever been considered selfish?

No matter what the mainstream media and governments across the globe claim, there is a wealth of data proving that the COVID-19 vaccines are not 100 percent effective at preventing coronavirus infections. Vaccines are also often linked to adverse effects and deaths, so think twice about giving up your right to decide.

Watch the video below to learn why all vaccines are synthetic viruses.

The Pfizer Vaccine Has Only 1,291 Side Effects!