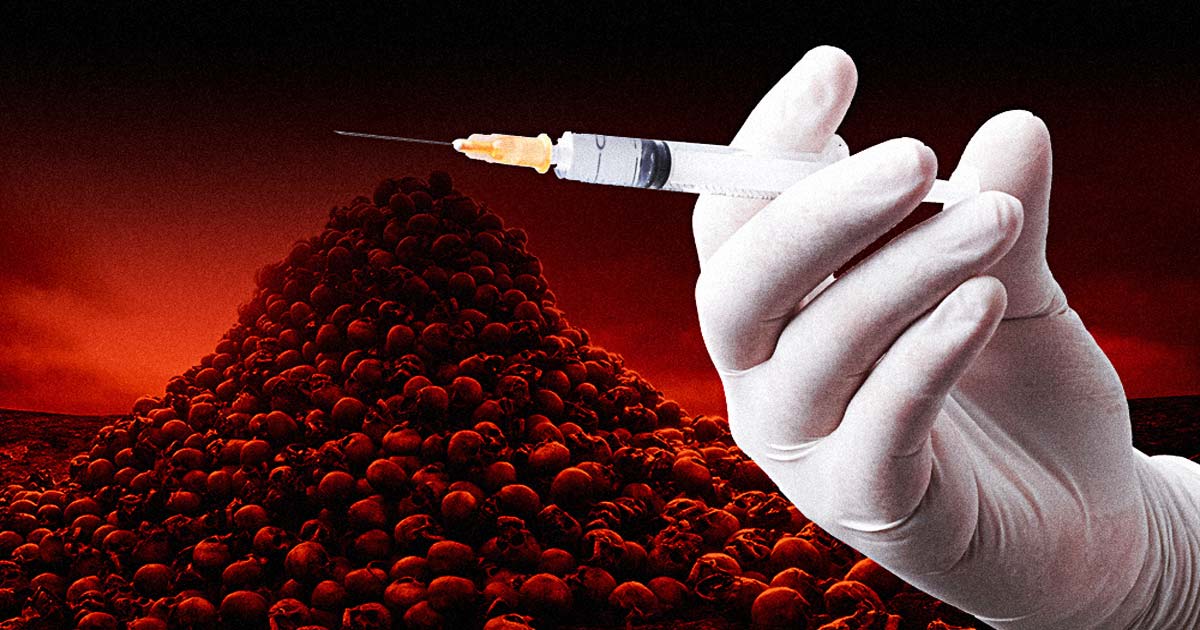 A renowned medical doctor revealed that the U.S. government has concealed an “unprecedented number” of Wuhan coronavirus (COVID-19) vaccination deaths. Dr. Peter McCullough claimed that authorities barely lifted a finger to investigate the many deaths linked to COVID-19 vaccines. He also slammed the government’s approach to battling the pathogen through immunization.

The Centers for Disease Control and Prevention (CDC) recorded 3,544 deaths in its Vaccine Adverse Event Reporting System (VAERS). It also recorded 12,169 serious injuries related to vaccines. These events occurred between Dec. 14 of last year and April 23 this year. These figures would have merited an investigation by federal health authorities, McCullough told journalist Alex Newman during an interview.

But this would not be the case. According to the doctor, federal authorities took but a glance at the figures and carried on without scrutinizing the data. Under normal circumstances, treatments that cause such a high number of deaths would have been immediately discontinued and pulled off shelves. He elaborated: “A typical new drug at about five … unexplained deaths [could] get a black box warning. [People] would see it on TV, saying it may cause death. And then at about 50 deaths, it’s pulled off the market.”

McCullough remarked that the amount of vaccine-related deaths were indeed alarming. He pointed out that the Moderna and Pfizer vaccines linked to most of these fatalities have not been fully approved. The Food and Drug Administration (FDA) granted emergency use authorization for the two mRNA vaccines in December 2020.

McCullough continued that about 77 million people had been vaccinated against COVID-19 as of late March 2021. Out of the 77 million Americans immunized, 2,602 people subsequently died. He compared this to the 20 to 30 yearly fatalities recorded to VAERS related to the flu vaccine, out of 195 million who received it.

“Then on March 8, the CDC announced … that they had reviewed about 1,600 deaths with unnamed FDA doctors and they indicated not a single death was related to the vaccine. I think that was concerning in the academic community,” he said.

“It’s unprecedented how many deaths have accrued,” McCullough ultimately remarked.

The doctor came from a position of expertise with his remarks. McCullough has testified before Congress and won numerous awards during his distinguished medical career. He has been cited more than 600 times in the National Library of Medicine for COVID-19 treatment studies, the only doctor to have this honor.

During a November 2020 testimony before the U.S. Senate, he said that sequenced oral multi-drug therapy could have saved “about 85 percent” of patients who die of COVID-19. But authorities instead focused on vaccines. “We’re sitting on, right now, the biggest number of vaccine deaths … all attributable to the vaccine, and going strong,” McCullough said.

He named the CDC, FDA, National Institutes of Health (NIH), World Health Organization, Big Pharma, and the Bill and Melinda Gates Foundation as having made “a commitment to mass vaccination” to address the pandemic. Mainstream media and Big Tech have also tied up to suppress any news about vaccine dangers through the Trusted News Initiative (TNI). (Related: Coronavirus plandemic finalized merger between Big Tech and Big Pharma.)

A BBC report said the TNI was first formed in 2020 to combat fake news on elections circulating online. BBC Director-General Tim Davie said that the year saw “the rapid spread of harmful disinformation and a growing number of conspiracy theories online.” The head of the U.K. broadcaster added: “Whether it’s a threat to our health or a threat to our democracy, there is a human cost to disinformation.”

McCullough told Newman that TNI aims to bar news about vaccination to fight so-called vaccine hesitancy. However, its actual goal is to suppress the truth about the mRNA vaccines under the guise of “dangerous disinformation.” The doctor said: “The [TNI] is really troublesome because we’re now at record numbers of deaths, [and] they continue to occur every day. If Americans got any type of fair, balanced coverage on safety events – then they simply would not come forward and get the vaccine.”

The doctor also insinuated an “incestuous relationship” between the U.S. government and pharmaceutical firms. This relationship causes regulators to turn a blind eye when confronted with safety issues, he continued. McCullough elaborated: “A lot of Americans don’t understand how tight these stakeholders are. Keep in mind that the NIH is a co-owner of the Moderna [vaccine] patent, so they have a vested financial interest in keeping these vaccines going.” (Related: Fascism on display: The NIH owns HALF of Moderna’s new coronavirus vaccine.)