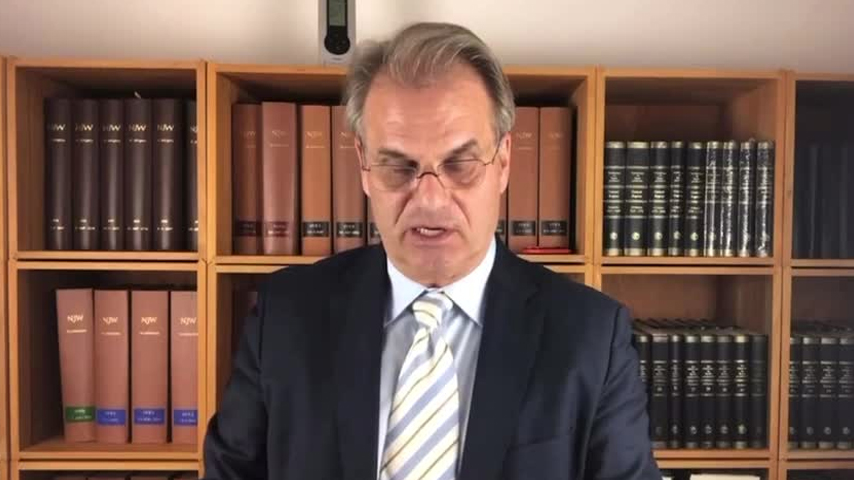 Just like many people all over the world, Dr. Reiner Fuellmich watched as numerous governments didn’t hesitate in the slightest to hurl citizens into lockdowns over the COVID-19 pandemic. That was just the start as social distancing, mask mandates, and the highly controversial COVID-19 drug followed shortly after.

Now, as it has been over two years since the pandemic started, instead of talks of getting back to normal, organizations like the World Economic Forum have promoted a future where machines and humans are one, technology dictates sexual orientation, and the population is significantly smaller. Hoping to shed some light on the WEF and its agenda, Dr. Fuellmich warned about the steps already taken by founder Klaus Schwab.

In the video, which is featured below, Dr. Fuellmich noted, “Another important piece of information through the WEF, initiated by Klaus Schwab in 1971, Mr. Global has been training his own puppets since 1992. Through the Young Global Leaders Program, Angela Merkel and Bill Gates were among the first class to graduate in the class of 1992. Even a large number of current leaders, politicians, and predominantly weak personalities with mostly well-trained rhetorical skills, also come from this program, including Justin Trudeau in Canada.”

Revealing what he believed to be the true cause behind the “plandemic,” the doctor added, “Against this background, which increasingly more people are recognizing, very large legal disputes have been set in motion or are now being set in motion in India, in South Africa, in the US, in Canada and in France, among others. Their goal is to hold those who are responsible for this pandemic accountable under both civil and criminal law. The Berlin Corona committee already now has extremely incriminating evidence proving that this Corona plandemic never had anything to do with health. Rather, Mr. Global’s actions are aimed solely at these goals – the destruction of regional economies to make the population dependent on Mr. Global’s global supply chains, shifting the wealth of the world’s population from the bottom to the top, to the super-rich, to Mr. Global population reduction.”

No matter what word was being used to describe the pandemic and the fallout from the government overreach, Dr. Fuellmich concluded, “You can call it genocide, as well as Mr. Global, gaining total control over the remaining population and the installation of a world government under the UN which is now in control of the World Economic Forum. We are dealing with megalomaniac psychopaths and sociopaths who must be stopped and in fact, should have been stopped a very long time ago. But now the time has come. More and more people worldwide are waking up and realizing who is pursuing which goals with this pandemic even if the mainstream media is hiding it. Hundreds of thousands of people are taking to the streets all over the world…”