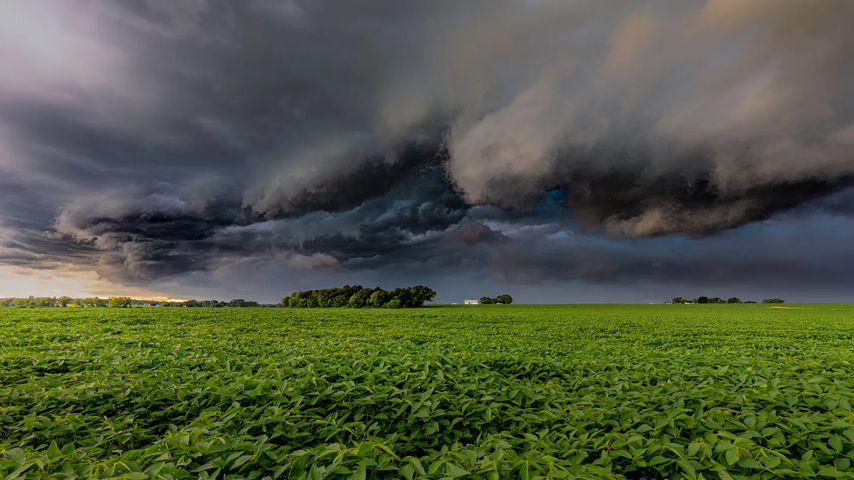 End-times prophecy prepares us, and helps us prepare others

One day a few years ago, I had a conversation with a very exasperated man. He had just been listening to a sermon on the end times, and this guy was not fond of end-times preaching. It made him angry.

“Why do you people have to have an end times?” he asked me and a few others. “Why can’t you just live your lives and stop scaring the rest of us to death?

Actually, that’s not a bad question. I wanted to answer him, “Hey, don’t blame me, I didn’t come up with it.” I didn’t, of course. But I understand his perspective. People don’t like to hear about things that make them feel anxious or fearful. The same kinds of people don’t like to hear sermons talking about sin. It’s uncomfortable.

Studying and preaching about the end times is a passion of mine but I didn’t just invent it out of nothing. It’s not my idea. It comes from the Bible—and not just the New Testament part of the Bible, like the book of Revelation. The end times begin in the Old Testament and these teachings have been around for 2,500 years.

So it’s not just a Jimmy Evans thing or a Book of Revelation or even a New Testament thing. End-times prophecy is ancient and foundational to Scripture.

When the Flood Arrives

I believe God gave us these prophecies not to scare us but to prepare us, but I do understand people like that man who just wished preachers would stop talking about the end of the world. I empathize with people like him, but the truth is Bible prophecy was given to us to comfort us. When you understand what the Bible says about the end times, you realize that we, as believers, are rescued from the horrific judgments the Bible warns about.

We will not be here when those things happen because Jesus is returning to take us to be with Him forever. Also, when you understand prophecy you are able to contextualize the events that are happening in the world. While others are confused or frightened, you can be calm and comforted. It is one of the reasons I am so thankful for the gift of Bible prophecy.

These passages tell us that dark days are coming for humanity—the Tribulation, the rise of the Antichrist, terrible worldwide catastrophes, persecution and death. But it also tells us that the people of God will escape that severity.

Bible prophecy isn’t just something that is discussed by the major and minor prophets, though. Jesus spoke about these things as well. You’ve heard share multiple times about how Jesus compared the end times to the “days of Noah.” Matthew 24 is one of these passages:

Jesus says this period will arrive just like the Flood arrived on the day when Noah and his family boarded the Ark. That’s encouraging. Yes, the Flood destroyed the planet and wiped sinful humanity off the face of the earth, but God also provided a means of rescue for the righteous. Think of the serious events of Bible prophecy—the Tribulation—as the Flood. The Rapture is like the Ark. It is how we will escape those dark days.

Many people went through the Flood and had to face the wrath of God. But Noah and his family were floating above the Flood.

We will be floating above the Tribulation, so to speak. Actually, we will be in the presence of Jesus at the Marriage Supper of the Lamb. We will avoid the Tribulation altogether.

In referring to the “days of Noah” in this passage, Jesus is describing the world we are living in right now. It’s a world where a righteous remnant of people are living among a wicked and rebellious and violent generation. That’s what Noah was. He and his family were the righteous remnant.

Can you imagine, though, how idiotic Noah must have seemed to his neighbors? He was out building this giant boat on dry ground. It had never rained before. He didn’t have a trailer to pull it to the lake—because there wasn’t even a lake. Can you imagine the ridicule he endured? Everyone must have been walking by, laughing at him and saying things like, “Noah, I’m not sure if you know how boats work but you’re going to need some water eventually.”

But on the day that the Ark door closed and the rain began, the guy they thought was an idiot turned into a genius.

You and your family and friends may be ridiculing you for your beliefs—especially your belief that Jesus will be coming back soon. But in the twinkling of an eye, you’re going to turn into a genius. Any seeds you plant in their life right now will be reaped at that point in time.

But whatever happens, they will remember you.

They might have to endure the Tribulation and go through seven years of hell on earth, but if they turn to Jesus, at least they’ll get to Heaven at the end of it.

These still are dark days, much like the violent and rebellious days before the Flood. You can see it in our culture, in the protests that are taking place and in the way people are living their immoral lives. They don’t care about God. They don’t care about morality. They may even make fun of the righteous remnant. It may be enough to make you discouraged. It might even be enough to make you fearful.

The fact that bad things are happening, though, is just proof that we are getting closer to the end. The first storm clouds may be forming in the sky. It’s not flooding yet, but it might be beginning to sprinkle. The wind is picking up.

Just remember Jesus is coming. He has warned us and prepared us. He has promised to rescue us, and because of this, it doesn’t matter what people think. It only matters if we have given our lives to Him. We are living in a period of time when it is still possible to come to Jesus and be saved. That’s why we have all the end-times teaching in the Bible. It’s so we can be prepared—and we can help prepare others.

So ask yourself these two questions: One, am I ready? And Two, am helping make sure others are also ready?

Alert: Secret Signs in the Sun and the Final Countdown

Jesus will deliver His people from the wrath of God