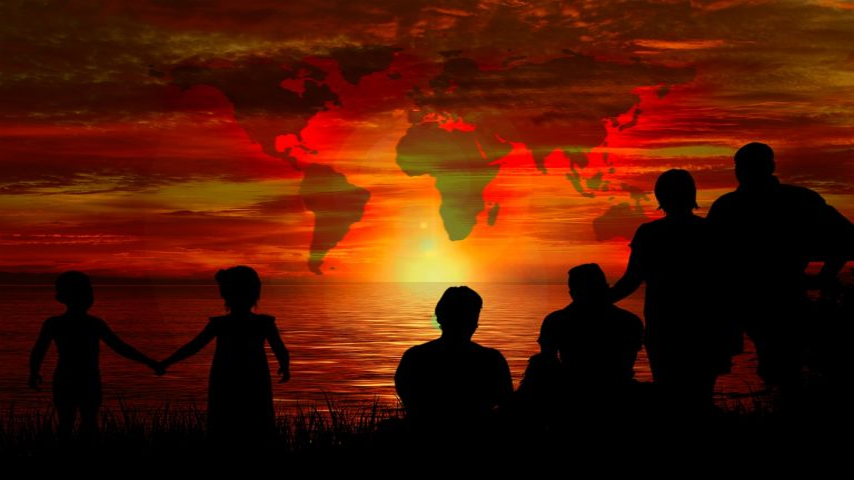 If countries in Europe are already beginning to ration certain things due to “supply problems”, how long will it be before it starts happening in the United States?  Up until the past couple of years, many of us in the western world always considered shortages to be something that only “unsophisticated” poor countries on the other side of the planet had to deal with.  But the last couple of years has shown us that painful shortages can happen to wealthy countries in the western world too.  At first, we were told that they were “just temporary”, but the months went by and we just kept having more shortages.  In fact, in 2022 “supply problems” have become so serious that many supermarkets in Europe have been forced to strictly ration essential items at various times.  For example, it was reported that due to the war in Ukraine flour, sunflower oil and sugar were all being rationed by stores in Greece…

After limiting the sale of some flours and sunflower oil online, Greek supermarkets are turning to rationing the sale of sugar as well, now including in their stores, over supply problems.

The AB Vassilopoulos is setting a maximum limit on the purchase of all brands of corn and sunflower oil and of flour per customer while Mymarket put a ceiling on sunflower oil purchases and Sklavenitis has added sugar to the rationed sales of corn oil through its online store, with a maximum of four packs, the products in high demand from restaurants, some of which said they have to stop selling french fries and other fried foods.

Over the past few months, we have seen similar measures implemented in other major European nations as well.  For example, the war in Ukraine prompted some pretty severe rationing in Spain…

Sporadic shortages of products like eggs, milk, and other dairy products also hit Spain since the war in Ukraine began. And major supermarkets including Mercadona and Makro began rationing sunflower oil earlier this month.

Now, stores will temporarily be allowed to limit “the number of goods that can be bought by a client,” according to information in the Official State Gazette published on Wednesday.

Looking forward, natural gas rationing is the next big thing that many people in Europe are talking about.  The flow of Russian natural gas into Europe has been cut back, and it appears that this may soon cause widespread rationing in Italy…

On the weekend, the newspaper Corriere della Sera reported that the Italian government and energy industry would meet Tuesday and Wednesday to discuss the crisis, with the likely outcome being the introduction of a state of alert under the country’s gas emergency protocol.

Europe’s biggest economy is now officially running short of natural gas and is escalating a crisis plan to preserve supplies as Russia turns off the taps.

Germany on Thursday activated the second phase of its three-stage gas emergency program, taking it one step closer to rationing supplies to industry — a step that would deliver a huge blow to the manufacturing heart of its economy.

Of course, there are other parts of the globe that are dealing with problems that are far, far more serious than what Europe is facing right now.

As I discussed in an article that I posted earlier this week, significant numbers of people are starting to literally drop dead from starvation in portions of eastern Africa.  Global food supplies just keep getting tighter, and the head of the UN is openly telling us that the world is heading into an “unprecedented global hunger crisis”.

So if you have plenty of food to eat tonight, you should be thankful.

Here in the United States, economic conditions are deteriorating fairly rapidly, and most Americans are completely and totally unprepared for any sort of a major economic downturn.  Earlier today, I came across yet another survey that shows that about 60 percent of all Americans are currently living paycheck to paycheck…

“We find that consumers in all income brackets — including those who make more than $100,000 annually — are living paycheck to paycheck. PYMNTS’ research finds that 61% of U.S. consumers were living paycheck to paycheck in April 2022, marking a 9 percentage point increase from 52% in April 2021, meaning that approximately three in five U.S. consumers devote nearly all of their salaries to expenses with little to nothing left over at the end of the month.”

So what is going to happen when those people start losing their jobs in large numbers?

Already, we have seen the number of tech layoffs greatly accelerate over the last couple of months.

Sadly, the layoffs will get much worse in the months ahead.

And as inflation continues to systematically eat away at our standard of living, Americans are turning to credit cards at a record pace…

As Americans grapple with the highest inflation in 40 years, the number of new credit cards have surged as more Americans rely on them to keep up with high prices. According to a recent report from the Federal Reserve, revolving credit (credit cards and lines of credit) increased by 19.6% from the previous year to $1.103 trillion.

Going into credit card debt is not a solution.

At best, it can buy you a little bit of time.

And it is especially a bad idea to go into credit card debt as we plunge into a recession.

At this point, almost everyone realizes that things are going to get worse.  According to one recent poll, a whopping 85 percent of all Americans believe that the U.S. is “headed in the wrong direction”…

I was astounded to see that 78 percent of Democrats believe that the U.S. is headed in the wrong direction with a Democrat in the White House.

I have never seen a number like that ever before.

But this is just another indication that the hour is late and that things are about to start getting really crazy out there.

For the moment, life is still at least somewhat normal in the western world.

Sadly, it won’t stay that way for long, so I would recommend using your time wisely.

In Canada, Banks Can Now Freeze/Suspend ANY Account Without a Court Order