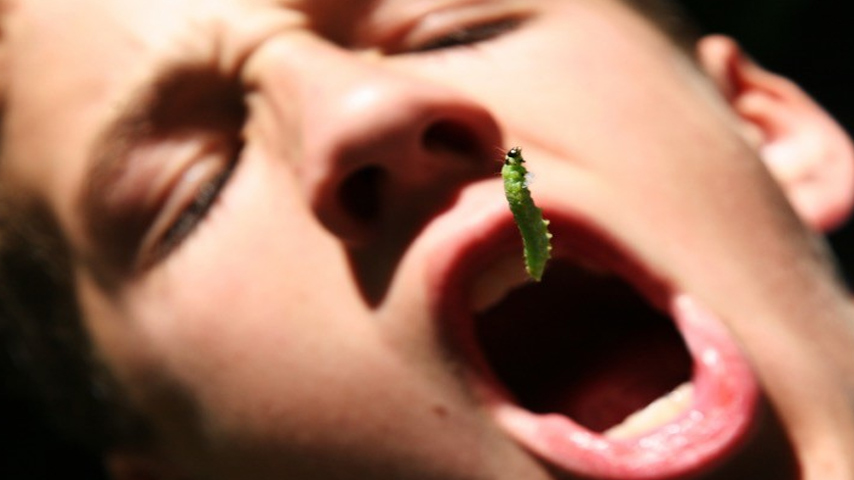 Following recommendations by the United Nations and the World Economic Forum, governments and “education” publishers are using “public schools” to indoctrinate American children into eating bugs and weeds.

The documents, sent by a concerned parent turned whistleblower, begin with a reading assignment headlined “Bugs: Food of the Future?”

According to the propaganda piece, there are “several reasons scientists support the use of insects as an important food source in the future.” These include claims that bugs are “a good source of nutrition” and have a “much smaller impact on the environment.”

Another reading assignment for the same 10-year-old student, this one headlined “Eating Bugs and Seaweed: Americans Need to Open Their Minds,” doubled down on the creepy propaganda.

“Eating insects is an efficient way to provide basic food needs,” the passage claimed. “If people knew the facts, they might change their minds.”

“Americans need to get past their fears of eating unfamiliar things,” the propaganda piece decreed. “For many reasons, insects and seaweed may be the foods of the future.”

Of course, there was no mention of the many concerns about eating insects. These include the presence of chitin in bugs, which according to a 2017 study posted at the National Institutes of Health website “provoke human innate immunity to generate a deluge of inflammatory cytokines, which injure organs (leading to asthma, atopic dermatitis, etc.), and in persistent situations lead to death (multiple sclerosis, systemic lupus erythromatosus (SLE), cancer, etc.).” A 2019 study posted on NIH highlighted concerns about how eating insects transmit dangerous parasites to humans and animals.

The reading assignments for impressionable school children also did not mention that in Leviticus 11:41, the Bible describes eating most types of insects as “an abomination.”

After the reading assignments, students were expected to complete a number of multiple-choice questions again celebrating the eating of creepy crawlers as an environmentally friendly, nutritious alternative to fish, beef and chicken.

The propaganda was produced by Benchmark Education, which describes itself as “a leading provider of literacy and language programs, intervention resources, and professional teaching resources for K-12 ELA learning.” Schools nationwide use its propaganda resources, which boast of being aligned with Common Core.

The company has previously come under fire in places like Colorado for quack reading programs that “didn’t properly cover reading basics like phonics and phonological awareness,” as one educator in Denver put it.

The company’s website is also filled with dangerous far-left extremism such as “diversity” and “culturally responsive teaching” masquerading as “education.”

But none of this is happening in a vacuum. This writer first exposed the UN agenda to have Westerners eat bugs almost a decade ago when the UN Food and Agriculture Organization (FAO) — currently led by a member of the Communist Party of China — put out a report calling for a massive entomophagy propaganda campaign in schools and media.

“Western societies require tailored media communication strategies and educational programs (sic) that address the disgust factor,” the UN FAO report declared in 2013, calling for “cooperation between all sectors of the education community.”

“Addressing the entomophagy disgust factor in Western societies might depend largely on the ability to involve the entire educational community,” the report continues. “For this reason, engaging all sectors is recommended, particularly in Western societies.”

That the UN’s highly dishonest and disgusting insects-as-food propaganda has found its way into U.S. elementary schools is hardly surprising. What is surprising is that parents continue to tolerate these outrageous abuses of their children that threaten not just their children’s well-being, but the nation itself.

This article was originally published on FreedomProject.com.