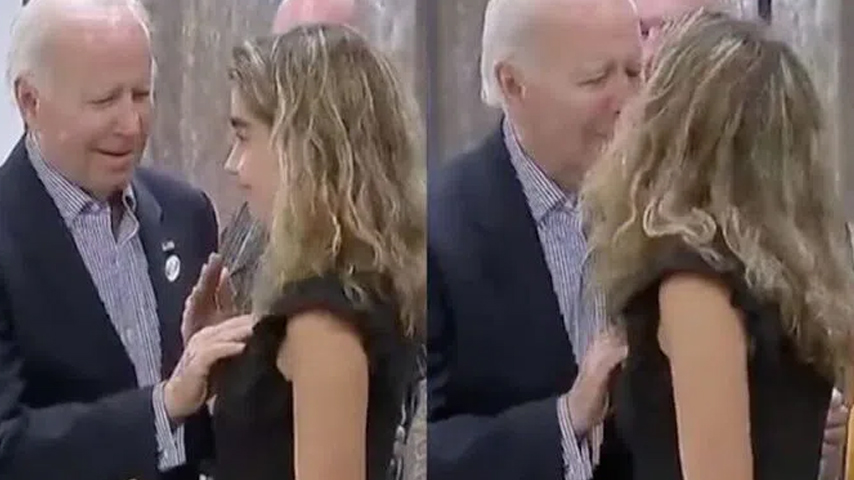 President Joe Biden was filmed fondling an underage girl’s breast during a public event over the weekend and then kissing her in front of horrified onlookers.

During the event, Biden chose a girl to quickly place an “I voted” sticker on her chest. He was then filmed rubbing the sticker onto her breast and pulling her in for a kiss on the mouth while continuing to fondle her breasts in front of reporters.

Full video of the assault: pic.twitter.com/m32wf7tprO

Some are speculating the young girl in the video above is his granddaughter.

This wouldn’t be the first time he has kissed his granddaughter on the lips:

After Ashley Biden’s allegations of Joe Biden molesting her, and all the sniffing and inappropriate touching of little girls and women, it’s just hard to see this as an innocent kiss. pic.twitter.com/JELiWv8MQK

It is also not the first time Biden has been accused of inappropriately groping children in public: