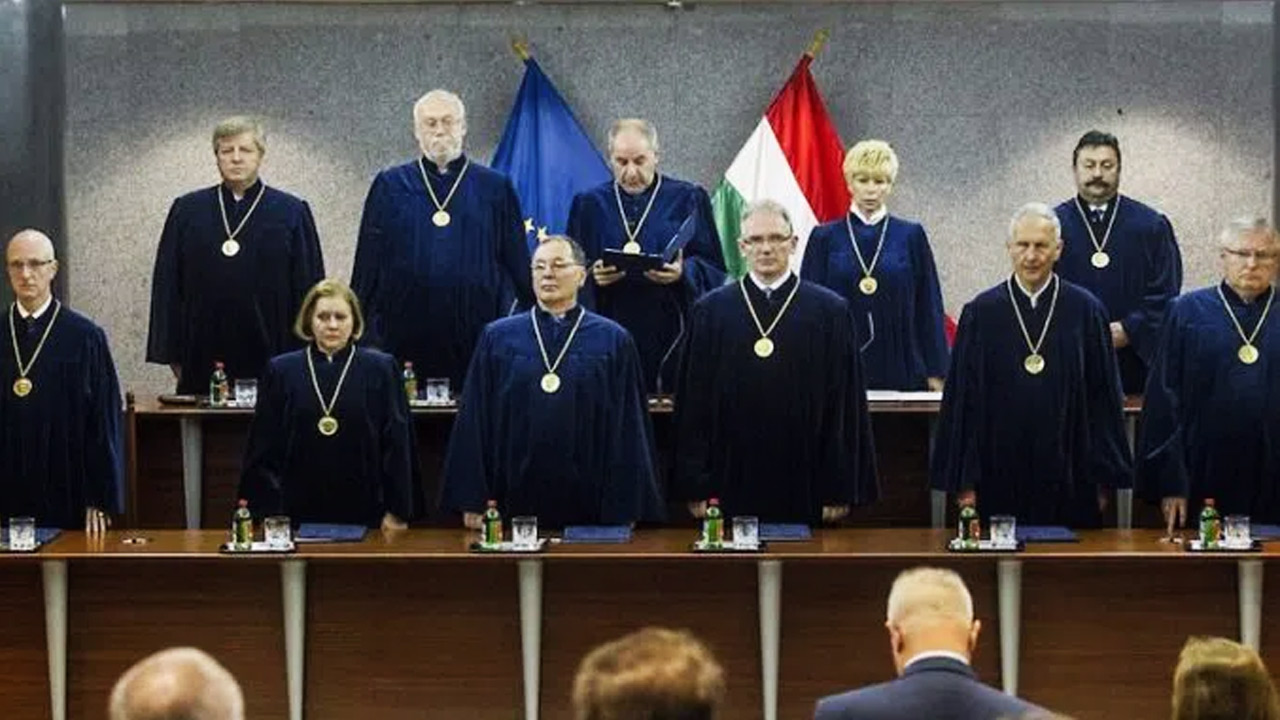 The Austrian Constitutional Court has put the authoritarian government on notice: prove the Pandemic restrictions are not based on a lie or end them immediately.

On Wednesday, the High Court sent Austrian Health Minister Wolfgang Mückstein a list of questions about the alleged “burden on the health system” that the Austrian government has so far refused to answer.

The court ordered the government to prove that the highly inflated numbers of alleged deaths and hospitalizations due to Covid are real. The judges warned that the data confounding the dead and hospitalized “with Covid” or “from Covid” has been deliberately vague. “If so, why was this counting method chosen?” the judges asked the government.

Freewestmedia.com reports: In addition, the court wanted a breakdown of Covid deaths and hospitalizations, specified by age. Was Covid the cause of the hospitalizations? Had they unnecessarily hospitalized healthy people, due to a positive test exclusively?

Another set of questions was devoted to the effectiveness of wearing the so-called protective masks. Against the background of the spreading Omicron variant, Austria tightened restrictions at the beginning of January. These now also provide for wearing an FFP2 mask outdoors if the minimum distance, which has long been mandatory, cannot be maintained.

The constitutional judges wanted to know from the Minister of Health: “By what factor does wearing an FFP2 mask indoors or outdoors reduce the risk of infection or transmission?”

The Constitutional Court has calculated the risk of mortality “due to Covid” at 0,15 percent and demanded to know how the reduction in risk – absolute and relative – of vaccines should be understood. The Court wanted to know what the absolute risk reduction was after one, two or three injections. These questions underscore the doubt of the judges regarding the official propaganda that the vaccines have been 95 percent effective.

“What does specified vaccination effectiveness of, for example, 95 percent refer to? What does absolute and relative risk reduction mean in this context?”

The Ministry of Health must also answer to what extent vaccination reduced the risk of contagion of the virus, since vaccinated people also transmit it, no matter how much official propaganda insists on claiming the opposite. “What is the risk of transmission in a person infected with SARS-CoV-2 with a second vaccination three, six or eight months ago compared to an unvaccinated person whose PCR test was negative 24 hours ago?”

In another section of questions, the Court wanted to know the risk of hospitalization after becoming ill and after vaccination, broken down by age groups and number of doses in order to highlight the side effects of vaccinations, which have so far also been ignored in Austria.

Another question that the Court posed was about the excess mortality in 2020 and 2021: Have there been fewer deaths in 2021 than the previous year and if, despite vaccination, was there still excess mortality?

In short, the Austrian Constitutional Court asked the questions that any person capable of thinking for himself would like answered,

The Corona crisis has already lasted almost two years and Austria has distinguished itself by calling for the most extreme measures.  The measures were justified by claiming that they would be the only way to avoid an excessive burden on the healthcare system and especially on hospitals filled with “Corona patients”.

Dissenting voices and questions about real data have so far been dismissed as inappropriate and reprehensible objections by “Covidiots” and “Corona deniers” to suffering and dying. Politicians had to stick to the advice of “science”. An open-ended discussion of critical questions or opposing positions in the struggle for the most appropriate policy was simply banned.

Many observers were therefore stunned in reading the Austrian Constitutional Court’s relevant questions almost two years after the start of the massive health crisis.

The 47-year-old Mückstein now has until February 18 to adequately answer the 10 questions that are as fundamental as they are detailed.

From that day on, all residents over the age of twelve were only allowed to leave their own four walls for work or education, shopping for daily needs, visiting the doctor or for physical recreation without proof of their vaccination or recovery. According to a media report on January 15, Mückenstein was certain that “an early relaxation for the unvaccinated […] could quickly lead to an uncontrolled spread of the virus and to an overload of medical care facilities”.

For the judges, however, some questions remained unanswered in this context. By how many percentage points did the prescribed lockdown for the unvaccinated reduce “the risk of infection of an unvaccinated person”.