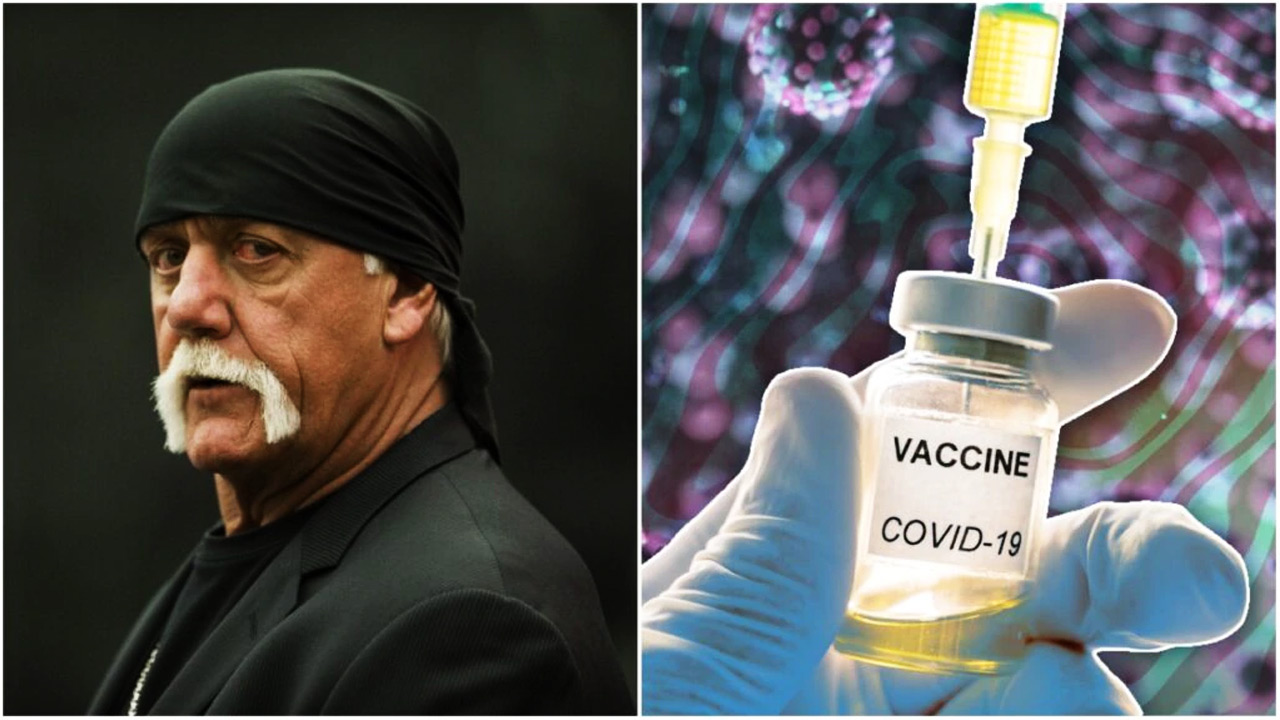 Iconic professional wrestling star Hulk Hogan is admitting the obvious about the nature of the vaccine regime as more people wake up to the fact that they have been deceived by Big Pharma and their bought-off minions.

Daily Veracity reported on a Facebook post made by the Hulkster in which he claimed that recent celebrity deaths, such as Sidney Poitier and Betty White, came after they recently were jabbed and that people are “dropping like flies” over the vaccine regime.

Hogan’s comments can be seen here:

Hogan has expressed skepticism about COVID-19 hysteria and the vaccine regime before. He made an Instagram post in 2020 in which he implored his fans to repent to Jesus.

“Maybe we don’t need a vaccine,” Hogan stated. “Maybe we need to take this time of isolation from the distractions of the world and have a personal revival where we focus on the ONLY thing in the world that really matters. Jesus.”

Over the years, the liberal media has tried to cancel Hogan but to no avail. The multiple-time wrestling champion continues to be a cultural icon that stands the test of time due to the timelessness of his wholesome pro-America message.

Big League Politics has reported on other celebrity athletes, such as former NBA all-star Andrew Bogut, who have spoken out against vaccine insanity:

“Former NBA all-star Andrew Bogut is speaking out about how popular influencers on social media are being paid off to shill COVID-19 submission propaganda.

Bogut, who is a native of Australia where COVID-19 lockdown policies are the most Draconian, explained how he was approached with an offer to take money to encourage his followers to submit to mandates.

“Whoever you are, why don’t we hear you speaking up? The silence is deafening,” Bogut asked other influencers with large social media followings.

“Let me give you the reason why: Last year, about three or four months into this pandemic, I got a message from somebody. I’m not going to name who it was or where it came from. I got offered money to put out a public service announcement for you everyday plebs to stay home,” he added.

Bogut then recorded a mocking public service announcement that he may have released if he sold his soul and took the cash to become a propagandist for the organized globalist shutdown of society.

“Athletes that are in leagues all around Australia and even the world to an extent, I know for Australia for a fact because people reach out to me, have been muzzled,” he said.

“Athletes that are on contract in our biggest leagues in Australia…They’re being told you are not to make anti-lockdown, anti-government statements on social media. Period. No matter how drastic they are because it affects our league staying open and you getting a salary,” Bogut added.“

Hogan’s bravery in speaking out will encourage his millions of Hulkamaniacs to make their voices heard as well. Only civil disobedience and resistance can stop this technocratic New World Order at this point.

Singer, songwriter Celine Dion, 53, canceled the remaining shows of the North American leg of her “Courage World Tour” due to a recent health issue.

According to a press release, Celine Dion has been experiencing “severe and persistent muscle spasms” that prevent her from performing.

Celine Dion today announced that as her recovery from a recent health issue continues, she unfortunately must cancel the remaining shows of the North American leg of her “Courage World Tour” previously rescheduled for March 9 – April 22, 2022. Celine had completed the first 52 shows on the tour before the pandemic emerged in March 2020, but recently has been treated for severe and persistent muscle spasms which are preventing her from performing, and her recovery is taking longer than she hoped. Her medical team continues to evaluate and treat the condition.

“I was really hoping that I’d be good to go by now, but I suppose I just have to be more patient and follow the regimen that my doctors are prescribing,” Celine Dion said in a statement.

At this moment one has to be ignorant by choice to not see that we’re being conned by our political leaders.