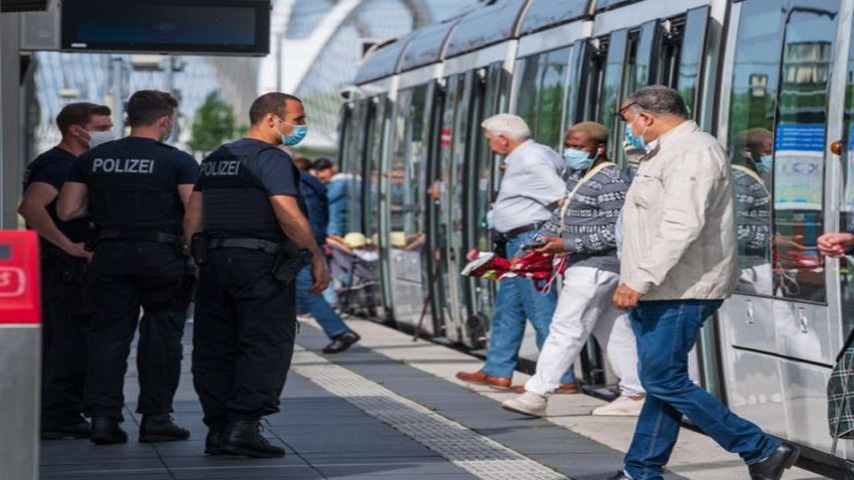 Six adults argued with, then viciously attacked a 17-year-old girl in the Prenzlauer Berg district of Berlin, Germany, for her refusal to wear a mask on a tram carriage this weekend, according to local reports. The six adults are reported to have beaten the teenager so badly that she required hospitalization.

The attack – which came just days after the country’s President demanded “louder” and “more visible” pro-mandate activities – was also reported to have included racial slurs. Both men and women involved in the attack are said to have informed the girl about the mask requirement prior to thrashing her.

A video of the attack was shown to police, who were able to identify at least one of the men involved in the attack. Two other suspects, aged between 42 and 51 years, were later arrested at a nearby pub, where they were presumed drunk and found in possession of narcotics. They continue to deny their involvement.

Just two weeks ago, Germany’s left-wing President Frank-Walter Steinmeier told audiences that the vaccinated majority of the nation needed to assert themselves more against those defying mandates.

“Being the majority is not enough,” said Steinmeier. “The majority must become politically recognizable. It must not retreat. The silent center must become more visible, more self-confident and also louder.”

His words were lauded by corporate media outlets such as the Associated Press, which published an article on the matter and focused on the same neighborhood as this weekend’s attack. The story focused on how one woman was upset about anti-vaccine mandate protests in the district.

“I for one am very happy to have been vaccinated free of charge and to have received financial support from the government during the pandemic,” said the middle-class, 55-year-old actress Stefanie Hoener.

Despite claiming to be in the distinct majority, Hoener complained of her fellow countrymen: “In Germany, unfortunately, there are not enough people who would get vaccinated voluntarily, so I think it has to be made mandatory. Otherwise, we will never get rid of this pandemic.”

The German rate of vaccination stands at 75 percent, while a recent government report admitted that nearly 80 percent of Omicron cases in the country were vaccinated, not the unvaccinated.

The teenage girl is the latest victim of Germany’s hysterical pro-mask aggression. A gas station cashier was murdered following an argument over mask-wearing. Instead of decrying the murder, the German government chose to pressure social media groups to stop spreading what they deemed COVID misinformation.

German authorities have consistently pushed falsified data on vaccinations and the unvaccinated, leading to oppressive COVID measures. When the fake data was outed by German reporters, authorities argued that the COVID measures for the unvaccinated were based on a “software error.” Such measures, based on no evidence, have contributed to the growing divisions between Germans who oppose tyranny, and those who relish their freedoms being removed.

Joker was right: Madness, as you know is like Gravity. All it takes is a little push.