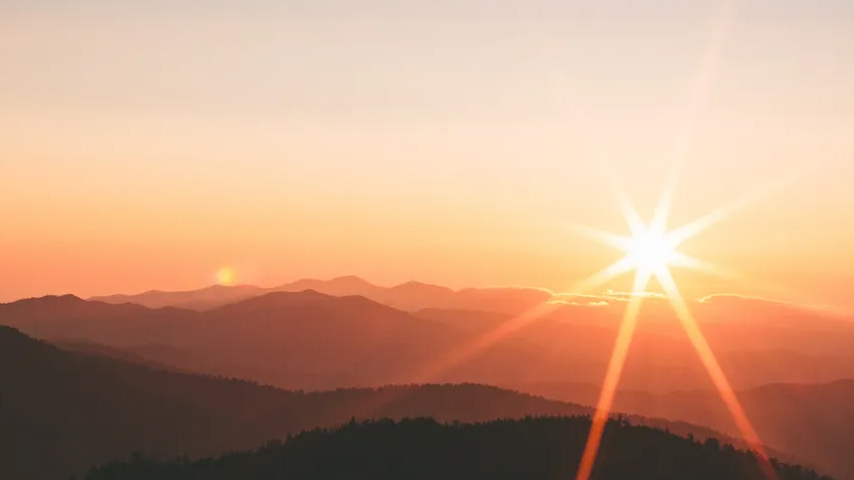 I know you pay attention to the news. Political news. International news. News from Israel and the Middle East. News about Russia/Ukraine. News about inflation and economic downturns.

Most of the news seems like bad news, and that is exactly how Jesus said it would be in the last days. We are living in the times before the Rapture, and we keep seeing incredible, undeniable signs that the fulfillment of this prophecy is near. That’s why I and my fellow contributors on this site are always pointing you to events happening all over the world—even if sometimes those are negative or discouraging events.

They show us what is happening, worldwide, in the context of Bible prophecy. My goal is for Tipping Point to encourage you because that’s why God gave us the prophetic statements of the Bible. It’s to prepare us, not to frighten us.

But I also understand that for some of us—maybe you or someone close to you—these events can cause fear.

Plans Beyond the Headlines

We aren’t born with fear—babies can be startled but really don’t know enough to be afraid. However, as we develop, God builds into us protective and healthy fear. Let’s say you are driving down the street and another car swerves head-on into your lane. This triggers your “fight or flight” response. This is a natural, energizing fear that will cause you to hit the brakes or swerve to get out of the way. That is good fear! It is temporary, circumstantial, and helpful.

But there is another type of fear that is negative and which doesn’t come from God. This type of fear is chronic, paralyzing and confusing. This is a dangerous fear because it can control us. Unfortunately, the devil is a master at using this type of fear to control billions of people—especially in difficult times like these, with so many unknowns about the future. I wrote about this type of fear at the beginning of 2022.

If you experience negative fear in the face of end-time events—or even if you don’t—I want to remind you of what God is doing right now for His people. I want you to look beyond the worrisome headlines and think about what is going to happen when this is all over. God has wonderful plans for you!

Here is what the Apostle Paul wrote in 1 Corinthians:

But as it is written:

“Eye has not seen, nor ear heard,
Nor have entered into the heart of man
The things which God has prepared for those who love Him.”
—1 Corinthians 2:9

This means your future is better and brighter than you even know. It’s better than you can imagine. The best day of your life is coming, and I believe it’s coming very soon!

Your Redemption Draws Near

Jesus spoke about this when He taught His followers about the end times:

“And there will be signs in the sun, in the moon, and in the stars; and on the earth distress of nations, with perplexity, the sea and the waves roaring; 26 men’s hearts failing them from fear and the expectation of those things which are coming on the earth, for the powers of the heavens will be shaken. 27 Then they will see the Son of Man coming in a cloud with power and great glory. 28 Now when these things begin to happen, look up and lift up your heads, because your redemption draws near.”—Luke 21:25-28

He gives His followers instructions for what they should do when they see the events of the last days coming to pass. “When you see the beginning of the end,” He says, “pay attention. Look up and lift up your heads!”

Jesus speaks about fear in this passage, referring to “men’s hearts failing them from fear.” The word fear in verse 26 comes from the Greek word phobos. It’s where we get the term phobia. It can also be translated as “terror.” He is saying that, in the end times, people’s hearts might actually be giving out because of terror.

We are seeing that terror—literal worldwide terrorism—increasing at a rapid rate. Time is short.

Ready for His Return

I’ve written and spoken before about the Parable of the Ten Virgins. In it, Jesus speaks about the importance of being ready for His imminent return. He says five women were wise and properly prepared to meet the Bridegroom. But five were foolish and unprepared.

Instead of watching for Jesus, they were asleep. They weren’t ready.

“Afterward the other virgins came also, saying, ‘Lord, Lord, open to us!’ 12 But he answered and said, ‘Assuredly, I say to you, I do not know you.’ 13 Watch therefore, for you know neither the day nor the hour in which the Son of Man is coming.”—Matthew 25:11-13

The moral of the Parable of the Virgins is that we need to stay awake, spiritually speaking, so we are prepared for the Lord’s return.

If you are not ready, it seems appropriate for there to be some fear or concern. But if you are a believer, there is nothing to fear!

You are to be watchful and ready because, as Jesus said in Luke 21, “your redemption draws near.”

His return and your redemption are great news!

When He says “your redemption draws near,” Jesus is talking about your total redemption. I will write more in the future about what this redemption looks like, but for now, understand that it will be comprehensive. You will be fully redeemed. Eternally redeemed!

On the day when Jesus returns for the Church, God will fix and restore everything about you—body, soul, and spirit.

So when Jesus tells His followers to look up because their redemption is near, it means exciting times are on the horizon. He is getting ready to free us from all bondage, from all sickness, from all anxiety. He is going to restore every broken thing in our lives.

And He will do it in a moment, at the last trumpet—in the “twinkling of an eye,” like Paul described.

So look up! Put your focus on that glorious future. His redemption is at hand!

The Greatest News Event of History