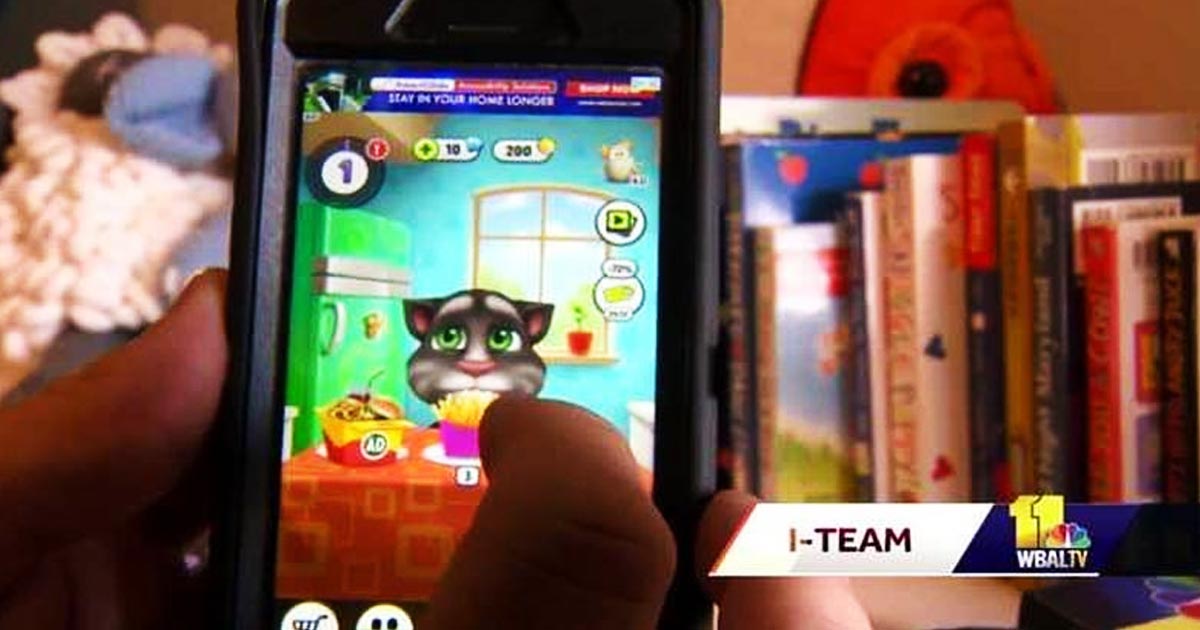 A shocking claim, made by one parent in Anne Arundel County, Maryland, alleges a popular smartphone app designed for children asked a  5-year-old user to take naked pictures of themselves and siblings while in the bathroom and threatened to strangle the child if they didn’t comply, reported WBAL Baltimore.

Anne Arundel County police learned about the incident on Wednesday (Sept. 16), said the child had several apps “Talking Angela,” “Talking Angela 2″, Talking Tom 2”, and “Talking Ben 2” on their smartphone device. The complaint, filed by one of the parents, though the report did not specify which one (mother or father), called police after the incident. Police are now warning parents in the county, just outside Washington, D.C., to monitor their children’s online activity of apps and social media.

“The parent reported that the app requested the child remove clothing and take photos while in the bathroom,” Anne Arundel County police Sgt. Kam Cooke said. “We are not really sure as to, did the app actually say that? Or was that some sort of other entity within that app that was able to request that?”

WBAL downloaded the popular apps but did not find “any verbal commands, only written messages or symbols pointing out what to do next.”

The local television station interviewed one parent in the county, Victoria Rodriguez, who said she would not let her young kids use smartphone apps.

“I feel it’s weird, like someone is watching my child through the game or through the camera. It gives me the heebie-jeebies,” Rodriguez said.

A Patch report said the tech company behind the app, Outfit7, has denied the claims:

“The claims have no factual basis and are completely untrue,” company spokesperson Daša Rankel told Patch in an email.