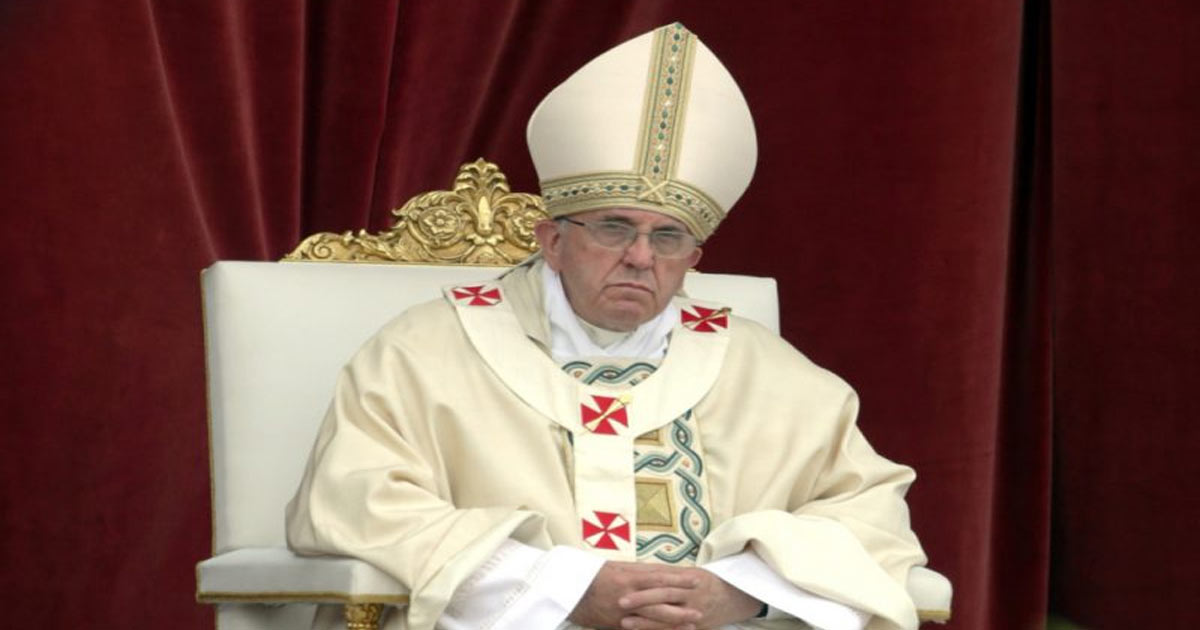 Asked by British journalist Austen Ivereigh whether the COVID-19 crisis is an opportunity for an “ecological conversion,” the pontiff reasserted his belief that humanity has provoked nature by not responding adequately to the climate crisis.

“There is an expression in Spanish: ‘God always forgives, we forgive sometimes, but nature never forgives,’” Francis said in the interview published Wednesday.

“We did not respond to the partial catastrophes. Who now speaks of the fires in Australia, or remembers that a year and a half ago a boat could cross the North Pole because the glaciers had all melted? Who speaks now of the floods?”

“I don’t know if it is nature’s revenge, but it is certainly nature’s response,” he added.

“Every crisis contains both danger and opportunity: the opportunity to move out from the danger,” he said. “Today I believe we have to slow down our rate of production and consumption and to learn to understand and contemplate the natural world.”

Late last month the pope expressed this same belief to a Spanish journalist, insisting that the coronavirus pandemic is nature’s cry for humans to take better care of creation.

Asked whether the COVID-19 pandemic is nature’s way of taking “revenge” on humanity, the pontiff suggested that nature is calling for attention. “Fires, earthquakes … nature is throwing a tantrum so that we will take care of her,” he said.

Last December as well, the pope said that natural disasters such as a massive storm that struck northern Italy in the fall of 2018 are nature’s way of sounding an alarm to make us more environmentally engaged.

“These are events that frighten us,” Francis said. “They are alarm signals that creation sends us, which summon us to immediately take effective decisions to safeguard our common home.”

In 2015, Francis became the first pope in history to devote an entire encyclical letter to the issue of care for the environment, in which he decried human exploitation of nature.

The earth “now cries out to us because of the harm we have inflicted on her by our irresponsible use and abuse of the goods with which God has endowed her,” Francis wrote.

“We have come to see ourselves as her lords and masters, entitled to plunder her at will. The violence present in our hearts, wounded by sin, is also reflected in the symptoms of sickness evident in the soil, in the water, in the air and in all forms of life.”

“Now, faced as we are with global environmental deterioration, I wish to address every person living on this planet,” the pope continued, comparing the ecological crisis to the nuclear crisis of the Cold War era.

Francis has also tended to personalize nature, suggesting that it “cries out” when it is mistreated.

Situations such as a loss of biodiversity and economic inequality “have caused sister earth, along with all the abandoned of our world, to cry out, pleading that we take another course,” he wrote. “Never have we so hurt and mistreated our common home as we have in the last two hundred years.”

Since then, the pope has become one of the most vocal opponents of global warming, urging “drastic measures” to combat “a climate emergency that gravely threatens nature and life itself.”

“Too many of us act like tyrants with regard to creation,” he declared. “Let us make an effort to change and to adopt more simple and respectful lifestyles!”

“Now is the time to abandon our dependence on fossil fuels and move, quickly and decisively, towards forms of clean energy and a sustainable and circular economy. Let us also learn to listen to indigenous peoples, whose age-old wisdom can teach us how to live in a better relationship with the environment,” he said.

Francis has also scolded political leaders for their half-hearted response to the climate crisis, suggesting that their “weak” resolve in cutting emissions reveals a lack of political will.

Germany Could Run Out of Gas by February, Must Cut Consumption by Up to 30 Per Cent