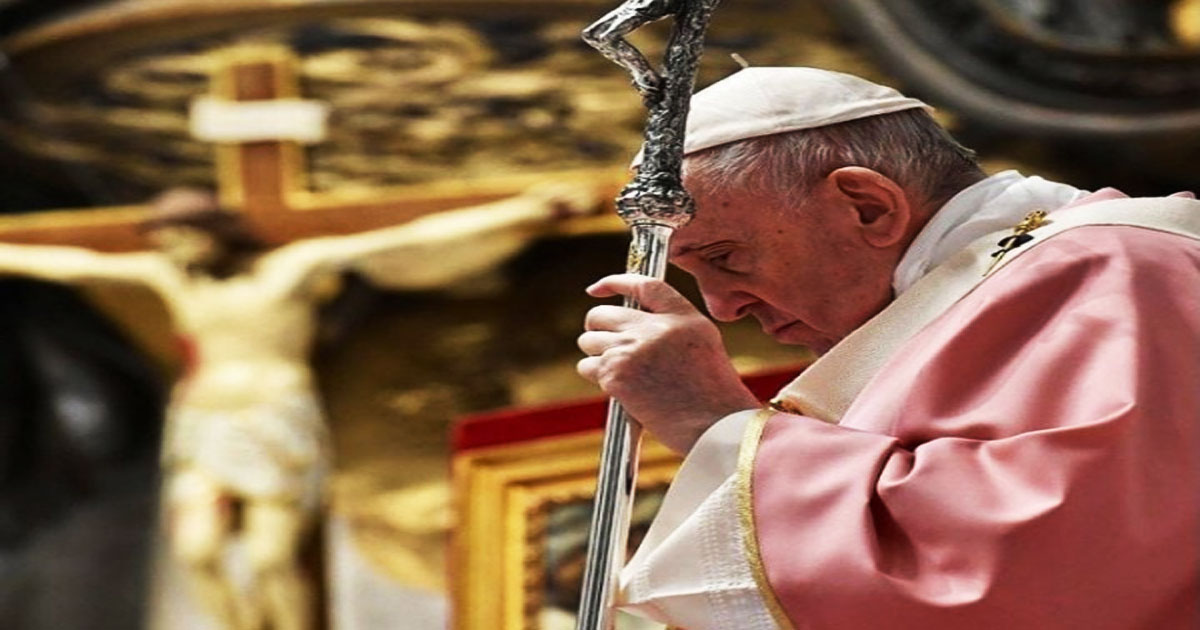 (Photo: Instagram) The Pope called for a “new world order” to arise after the COVID pandemic — similar to what globalists behind the “Great Reset” are working towards.

Pope Francis reportedly called for a ‘new world order for a post-pandemic world in a book set to come out on Tuesday in Rome.

According to Breitbart, the head of the Catholic Church insists on the establishment of new world order after the pandemic because things will never be the same after it. Breitbart tagged the Pope’s call for the new world order as the Great Reset except that the pontiff’s moves away from the culture of inclusiveness that works towards the building of a green economy with a focus on financial speculation, fossil fuels, and military build-up.

Breitbart said the new book, entitled “God and the World to Come,” contained the Pope’s interview with Italian journalist Domenico Agasso and that the English translation of the transcript’s excerpt is available on the Vatican News website.

According to the Vatican News website, Pope Francis focused on saving lives instead of building “weapons to destroy them” in the new book.

Agasso, as per the transcript’s excerpt, asked the Pope how he interprets the “earthquake” that was COVID-19. The pontiff responded that there are moments of darkness that happen to everyone but the virus made this a unified, global experience brought to the very homes people live in, causing a uniform experience of pain and suffering that “invaded our thoughts and attacked our dreams and plans.”

“And so today no one can afford to rest easy. The world will never be the same again. But it is precisely within this calamity that we must grasp those signs which may prove to be the cornerstones of reconstruction,” he said.

“Speeches are not enough to solve emergencies. The pandemic is an alarm signal on which humanity is forced to reflect. This time of trial can thus become a time of wise and far-sighted choices for the good of humanity, of all humanity,” he revealed.

Asked what urgencies he perceives because of the pandemic, the Pope remarked that inequalities and disruptions to the environment can no longer be “blithely” accepted because the “path to humanity’s salvation” is focused on their “coexistence among peoples in harmony with Creation.” He stressed that everything is interconnected and is likewise affected by the action of one person.

“By changing the lifestyles that drive millions of people, especially children, into the grip of hunger, we will be able to lead a more austere existence that would make a fair distribution of resources possible,” the Pope said.

He then went on to repeat the major points of his encyclical Laudato Si, which gave a stern warning on the urgent need to take care of man’s common and only home: the earth, “with radical personal and political choices” before the earth “throws us out the window.” Thus, he urged, “we can not waste any more time.”

“Right now, it is a matter of rebuilding from the rubble. And that burden weighs heavily on those in government positions,” the Pope said, “But each of us, not only political leaders, are called to eradicate indifference, corruption, and connivance with a crime.”

He pointed out that the pandemic is a wake-up call for everyone to “remove social injustice and marginalization” by taking the trial that is the pandemic “as an opportunity” to “prepare for tomorrow under the banner of human fraternity” because there is no future for anyone without “an overall vision.”

“By putting this lesson to good use, the leaders of nations, together with those with social responsibilities, can guide the peoples of the Earth towards a more prosperous and fraternal future,” he emphasized. “We cannot emerge from a crisis the same as before: we either come out better or we come out worse.”