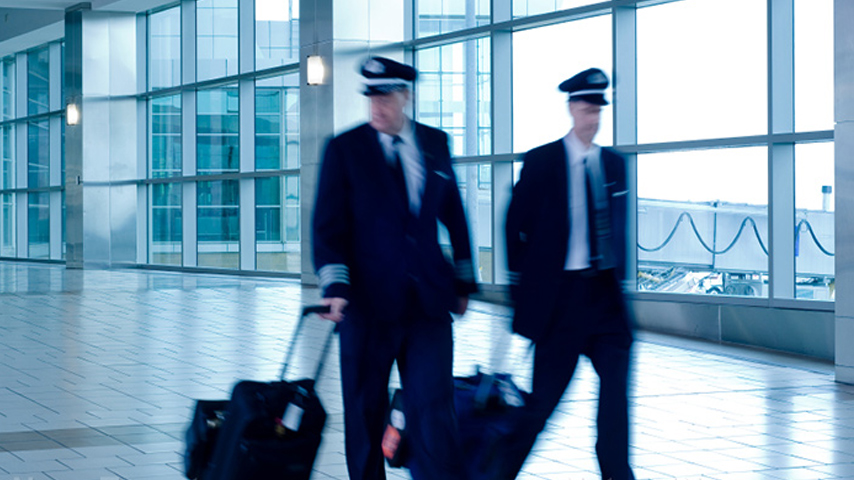 Throughout the covid-19 scandal, commercial airline pilots were disrespected, grounded, and forced to comply with destructive medical experiments. The aviation industry has implemented a culture of intimidation and abuse, threatening the basic body autonomy rights and personal beliefs of individual pilots. These acts of subjugation and coercion have driven pilots into early retirement, and forced others to succumb to needless, harmful bioweapon experiments.

Today, commercial airline pilots are speaking up more than ever about vaccine injuries and the “hostile” environment that unvaccinated and vaccine-injured pilots must endure.

Pilots must be in tip-top physical shape. However, after the covid-19 vaccination, pilot health plummeted overall. Commercial airline pilots commonly report chest pains and are diagnosed with facial paralysis, myocarditis and pericarditis. Others are suffering from strokes, blindness, and heart attacks. When they speak out about their vaccine injuries, they are met with rebuke, slander, and censorship. This culture of intimidation within the aviation industry has kept many pilots from coming forward about their symptoms. This incites even more danger. As more pilots cover up their symptoms, they might not be able to make clear decisions, or they may have sudden health problems that interfere with their performance. Their crew and passengers depend on them.

In 2022, there is a pilot shortage across the aviation industry. American Airlines is ending service in three cities due to a nationwide pilot shortage. The federal government has threatened the careers of pilots who do not line up and take the Warp Speed clot shots that they were previously locked down and force-masked to comply with.

Unvaxxed, terminated pilots are now standing up for the vaccine-injured

Glen Waters, a former Australian pilot, was terminated after 19 years because he didn’t acquiesce to the government’s unlawful demands. In an interview with the Defender, he spoke up for the pilots who were coerced into taking the vaccines and were injured as a result. The injured pilots are scared of talking about their injury because they will be labeled “anti-vaxxers” and be discriminated and/or terminated. Waters said Virgin Australia is not allowing the injured pilots to speak out because “the company is actively trying to terminate anyone reporting vaccine injury.”

Moreover, the medical community is hesitant to make obvious connections between sudden heart problems in healthy people following covid-19 vaccination, because doing so would implode the entire narrative that the vaccines are safe and effective. An honest assessment would also force the medical community to deal with the reality of genocide, violations of the Nuremberg Code and all the medical error, malpractice, and wrongful death this pharmaceutical propaganda and government coercion have wrought.

Mr. Waters told the Defender that there are 900 pilots from Virgin Australia who can no longer fly because they now suffer from medical complications post-vaccination. “No doubt there are many more who are continuing to fly with troubling symptoms,” he said.

Mr. Waters said one captain had a stroke and went blind and another healthy captain had a sudden heart attack and fell down the boarding stairs. He said formerly healthy pilots now report headaches, chest pains and shortness of breath. “I have heard [about cases of] tinnitus, vertigo and brain fog, including temporary blindness, in some crew. Disrupted menstrual cycles are reported frequently, perhaps affecting dozens [of employees],” he said. Many of these issues are not even recognized as adverse events to the vaccine, even though the health issues are coming in waves, post-vaccination.

Steven Hornsby, a 52-year-old pilot who was in excellent physical condition, is no longer flying because he came down with myocarditis, heart palpitations, and heart arrhythmia after being coerced to take the covid-19 vaccine. His employer warned that medical and religious exemptions would be impossible to get and his career would be on the line if he didn’t comply. He thought he was doing what was best for his family when he rolled up his sleeve for the first round of shots. After the second dose, he began having pain in his left arm and a racing heart. He fought to get a proper diagnosis and was eventually grounded because of the vaccine injuries. His story is not unique. More pilots are coming forward with heart inflammation and blood clots.

Stillbirths, Miscarriages and Abortions in Vaccinated vs. Unvaccinated Women