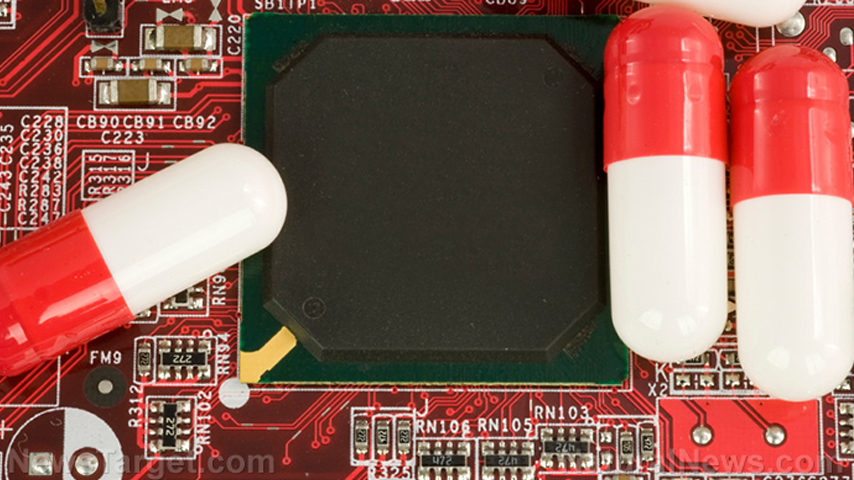 The globalist agenda of medical control, which began with the Wuhan coronavirus (COVID-19) vaccines, is set to hit a new level with Pfizer’s push for oral drugs with microchips embedded in them.

Albert Bourla, CEO of the New York-based drug company, touted the importance of this development during the 2018 World Economic Forum (WEF) meeting in Davos, Switzerland. He explained that each tablet would contain a “biological chip” for tracking and surveillance purposes. Authorities would be informed that the drug was taken once the tablet is consumed and dissolved inside the body, ensuring compliance.

“Imagine the compliance,” said Bourla at the time. “Imagine the applications of that. The insurance companies know that the medicines patients should take, they take them.”

An article on the WEF’s website discussed the chip implant technology, which Bourla is promoting through ingestible microchips that stay in the body.

“As scary as chip implants may sound, they form part of a natural evolution that wearables once underwent,” wrote Kathleen Philips, vice president for research and development at the Interuniversity Microelectronics Center in Belgium.

She added: “Hearing aids or glasses no longer carry a stigma. They are accessories and are even considered fashion items. Likewise, implants will evolve into a commodity.”

Philips also justified children taking these ingestible microchips, saying: “There are solid, rational reasons for it – like safety.”

Critics, however, pointed out that the WEF article by Philips used the wrong analogy. Glasses and hearing aids are not embedded in the body, and they cannot be controlled by outside forces.

Paul Joseph Watson of Summit News also had strong words. “The article pushes the notion that augmented humans are inevitable and that global elites need to establish a power monopoly over the technology in order to ‘ethically’ regulate it,” he wrote.

“The technology is in need of ‘the right support, vision and audacity,’ which of course will be provided by your technocratic overlords, the same people who are desperately trying to censor the internet so they can’t be criticized.”

In his book “The Great Reset,” Schwab promoted what he calls the Fourth Industrial Revolution and the idea of transhumanism. This revolution, he wrote, would “lead to a fusion of our physical, digital and biological identity.”

Israeli intellectual Yuval Noah Harari, a top advisor to the WEF, also said people are already “hackable animals” and “free will is no more” once they receive the experimental jabs.

“COVID is critical because this is what convinces people to accept to legitimize total biometric surveillance. We need to not just monitor people, we need to monitor what is happening under their skin,” said Harari, who styles himself as a “prophet of the new age.”

Watch this excerpt from “The Stew Peters Show” where Bourla himself admits violation of federal law.