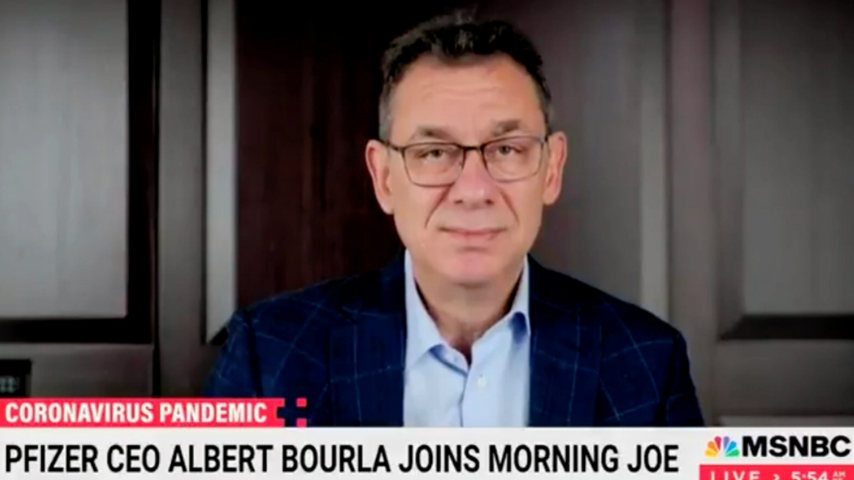 Americans will have to take updated COVID mRNA vaccines “every year” as new variants continue to emerge, according to Pfizer-BioNTech CEO Albert Bourla.

When asked on MSNBC Wednesday if Americans should expect to take a new COVID injection every year, Bourla replied he’s “almost certain” that will be the case.

“I’m almost certain about it. I say ‘almost certain’ because, of course, regulators have the final say in all of that. But that’s the beauty of mRNA,” Bourla said, adding that his company can “adapt” the vaccine “just by changing the sequencing.”

“For this reason, I’m very confident we’ll be able to respond very very fast to every new variant,” he added.

Notably, Bourla sang a different tune in March when he claimed his pharmaceutical company was pressured into producing mRNA COVID vaccine technology, which he “questioned” because the technology was “counterintuitive” and “was a technology that never delivered a single product until that day, not vaccine, not any other medicine.”

Even more chilling, Bourla bragged at the World Economic Forum’s annual Davos meeting in May that Pfizer was working on an ingestible “biological chip” that would track and monitor an individual’s internal processes, which would determine if they received updated vaccines.

“So imagine the applications of that – the compliance. The insurance companies know that the medicines patients should take, they take them,” Bourla boasted.

Pfizer CEO Albert Bourla explains Pfizer's new tech to Davos crowd: "ingestible pills" – a pill with a tiny chip that send a wireless signal to relevant authorities when the pharmaceutical has been digested. "Imagine the compliance," he says pic.twitter.com/uYapKJGDJx

Bourla’s remarks come a day after Joe Biden declared that “there’s gonna be another pandemic” soon.

“There’s going to be another pandemic. We have to think ahead. And that’s not something the last outfit did very well. That’s something we’ve been doing fairly well. That’s why we need the money,” Biden added.

Pfizer is expecting $32 billion in profits in 2022 from its experimental vaccines as the FDA and CDC approved the shots for children under 5 years old under the purview of Emergency Use Authorization.

It appears as if the establishment is preparing for a “midterm variant” to set the stage for more mail-in voting and further erosion of liberties.

Establishment Loyalists Manipulated Into Sacrificing Their Own Children