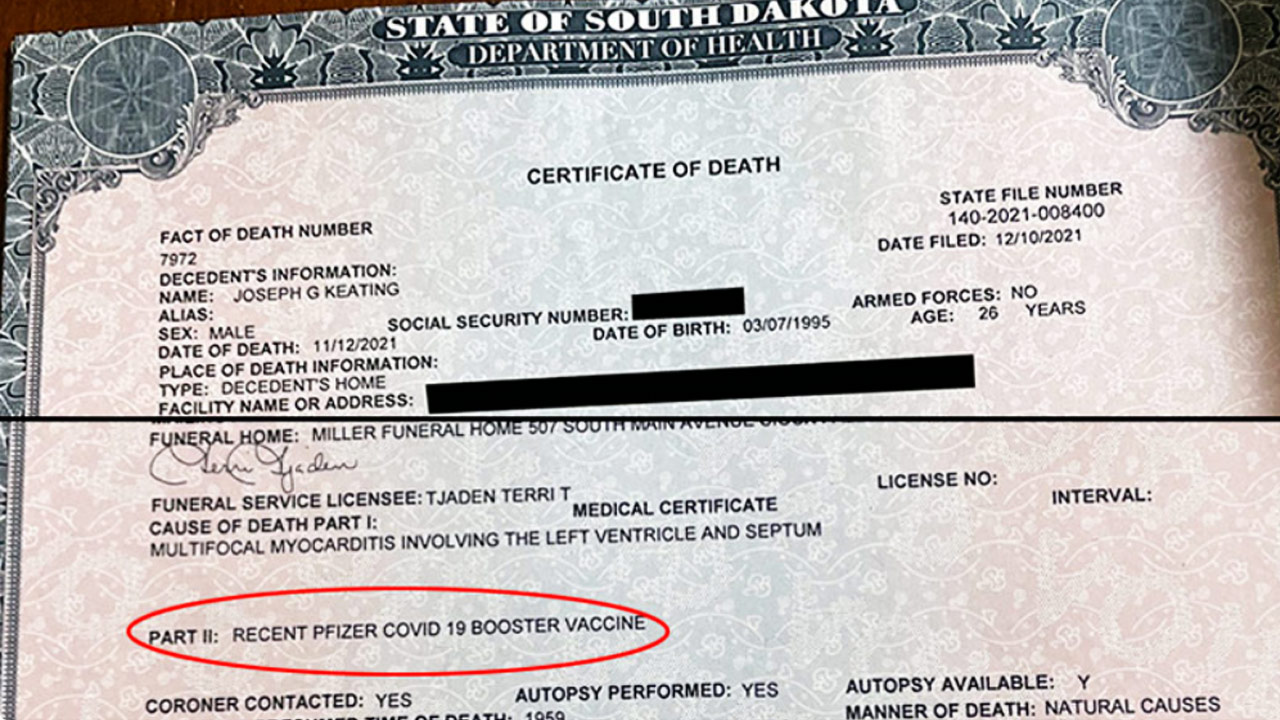 The family of 26-year-old Joseph Keating is still grieving after a Pfizer Covid-19 vaccine booster jab led to his untimely death from myocarditis last November. 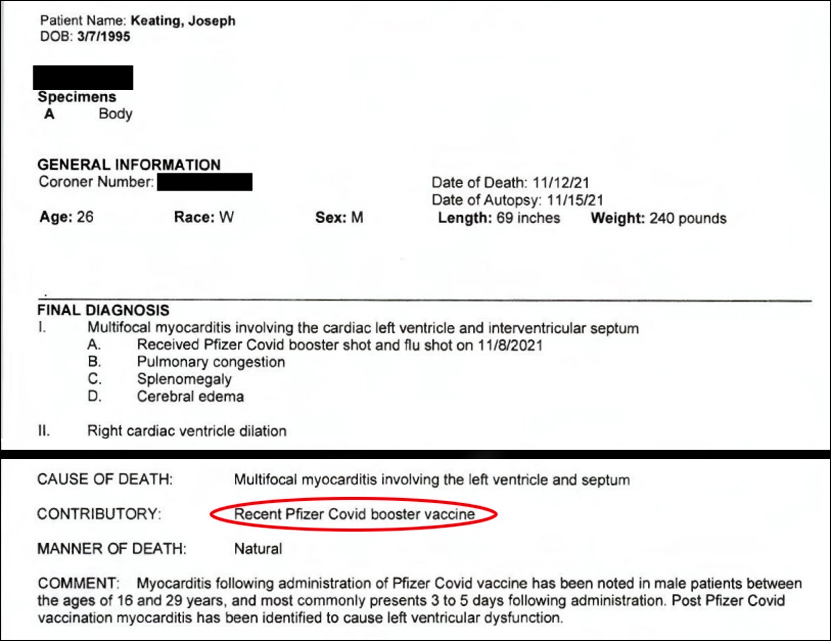 However, this wasn’t an issue for Keating, who his family described as pro-vaccine.

He waited several months before taking a third booster dose on Monday, November 8.

Within days Keating’s health deteriorated and he was no longer able to work due to shortness of breath.

“Tuesday and Wednesday he was fine,” described Keating’s mother, Cayleen, “but Thursday morning — 72 hours after the booster — he called and said he had a sore throat.”

The Defender’s Megan Redshaw reports on how the family had no indications Keating’s heart would soon fail, and believed he was experiencing mild side effects.

Cayleen made her son some hot apple cider and he took throat lozenges and went to work, but within two hours he called her to pick him up because he was so fatigued he couldn’t work.

When Cayleen asked him what was wrong, Joseph told her he had some muscle soreness, exhaustion and a sore throat.

[…] Joseph slept through Thursday. On Friday morning, he told his mother he would have to call into work again because he was too exhausted to go in. Cayleen visited Joseph and said he appeared to be normal, other than fatigue and muscle soreness.

Cayleen, a critical care nurse of 35 years, took her son’s vitals and noted his temperature was up to 100.2 and his heart rate was elevated to 112. She thought it was related to the fever, so she gave him Tylenol.

Later that day, Joseph texted his mother that his fever was down. By 4:30 p.m., his oxygen was at 100%, but his heart rate was still elevated.

Joseph’s father, William, visited his son around 5 p.m. and they had dinner. William left at 6 p.m. Two hours later their son was dead.

“His Apple watch recorded no cardia activity after 1959 hours. He did not respond to a text at 2100 hours. On November 13th he did not text his mother in the morning as he usually did and his family subsequently found him deceased in his recliner.”

A death certificate issued by the State of South Dakota and obtained by the Defender lists Keating’s cause of death from “multifocal myocarditis involving the left ventricle and septum,” with the second cause of death listed as “Recent Pfizer Covid-19 booster vaccine.” 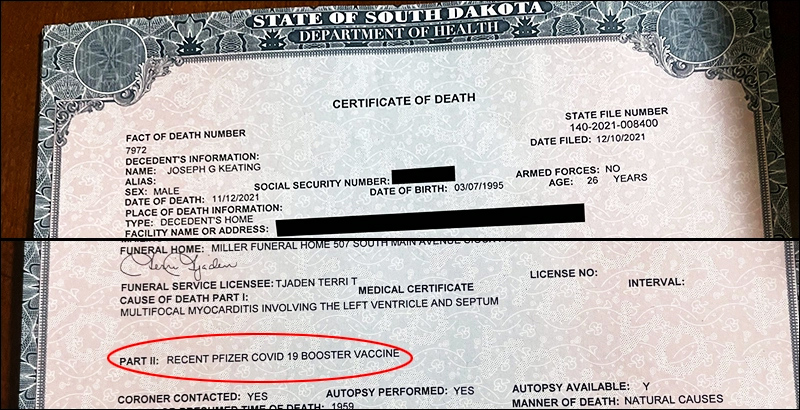 Keating’s mother says she’s glad they authorized an autopsy as it’s definitive proof the vaccine was what caused her son’s death.

The family says despite the surprising nature of Keating’s death and official documents, they have yet to be contacted by the CDC, the FDA or any other federal health agency about his death.

The family is now seeking justice for their son by warning others of the potentially deadly consequences of receiving the jabs, which can evidently manifest with little, or no symptoms.

“I want answers and I want Pfizer and the CDC to call me and tell me what went wrong. I want to save another child,” a bereaved Cayleen insists.